Deb Avery lives in the Southern United States with her animals, surrounded by mighty oaks and woodlands. All of Nature...

Depression: How I Learned To Befriend The Darkness, And How You Can Too

How To Find Your ‘Tribe’

3 Zen Lessons I Learned In The Bible Belt

Zen in the South?

There is a Zen saying; When the student is ready, the teacher will appear.

A very concise and simple way of stating the fact that until someone is ready to learn, even the greatest teacher of all time will not be able to teach them a thing.

The teacher may have been there all along, sometimes for a lifetime, but because of spiritual or mental blocks, a lack of maturity, or sometimes our own rebellious natures, we were just not ready to accept the lessons they were offering.

Sometimes, because of ego, we simply do not like to think that the very people, places, or things that push all our buttons could possibly teach us anything.

After all, we’re enlightened thinkers and they are not.

However, nothing could be further from the truth.

Some of my favorite teachers in life have been the very people, places, and things that caused me much suffering.

Where there are feelings of unease, pain or fear—that is usually where the most important lessons and the greatest teachers can be found.

I grew up in the rural South, right in the middle of the Bible Belt.

Actually, I think we were the buckle of the belt.

Racism, intolerance, strict biblical adherence and a total Patriarchal rule were a huge part of my childhood.

In the South there are two things you can be sure of: If you are not a Christian, you are going to hell to burn forever, and women are helpers of men, never leaders.

A woman’s place is in the home and never shall her mouth open against her father, husband, or pretty much any other male figure she encountered.

Such was life in the rural South for many years, and still today in some parts.

I could not wait to move away from that small town.

I married someone who had traveled and experienced the world, and did not have the typical views of women that I had grown up with.

For years we traveled and lived in various places, including a foreign country.

Imagine my surprise, when 15 years later, my husband announces that he’s tired of the rat race and wants to move back to same small town I grew up in.

Shock, anger, fear and a multitude of emotions hit me square in the face.

Here I was in a Middle Eastern country, with friends from all cultures, races and beliefs, and I was going to have to go back to the place where I had encountered some of the most traumatic experiences of my life.

Needless to say, I was not happy.

Readjusting was difficult. But within two years of moving back something happened that proved to be the most monumental event in my life.

I gave birth to my first and only child.  Not only did I learn all about unconditional love, but it was also through raising my son that I actually learned a lot about walking my own path.

I taught my son from a very young age the tremendous power of empathy to help both himself and others.

He never harmed an animal, insect or plant. He loved nature, growing gardens and daily trips into the surrounding woodlands, springs and creeks.

I tried to teach him to love everything for it’s uniqueness and it’s own kind of beauty. He learned well. So did I.

Everything that I hated about this small, closed-minded part of the world became my teacher.

While I taught my son empathy, mindfulness, and how to live peacefully, the people I lived with in the surrounding communities gave me ample opportunities to put these lessons into practice.

SEE ALSO: Meditation- Its Origin, Spread, And Use Around The World

Here are three of the many lessons learned by both my son and I: 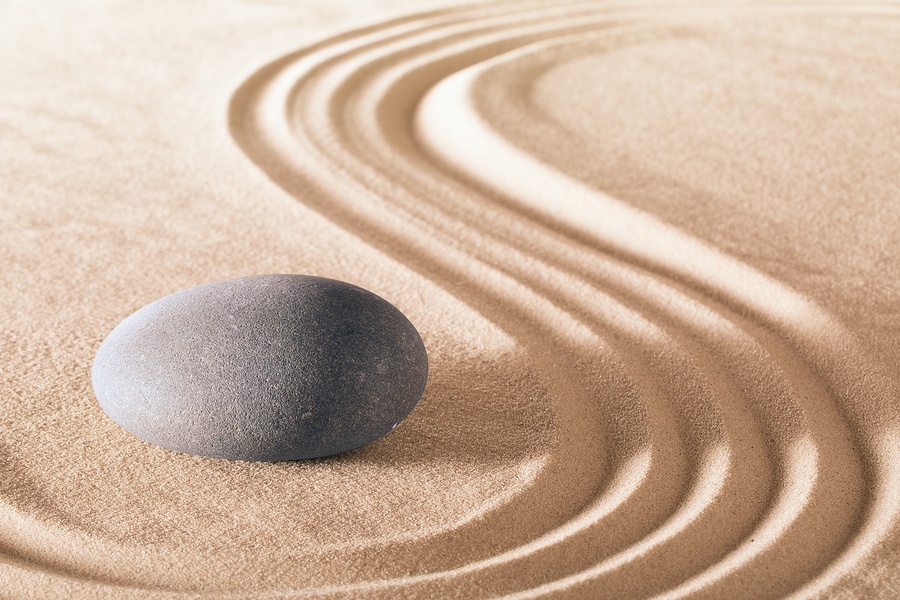 During those years of teaching my son that he would need to overcome the bigotry, hatred and intolerance around him, I learned many valuable lessons from those who I felt I had nothing in common with, and whom I thought had nothing to teach me.

I learned to be at peace in a place that had brought me much suffering in my childhood.

It was because of the very nature of the people around me, the very things that I had longed to escape from, that I learned some of the most important lessons in life.

I found that while I may not have had a bodhi tree as the Buddha had, I did have a magnolia tree.

And the more I accepted that fact and learned to put my beliefs into practice, the more I learned.

“In the beginner’s mind there are many possibilities, but in the expert’s there are few.”

Deb Avery lives in the Southern United States with her animals, surrounded by mighty oaks and woodlands. All of Nature…