Before Buying A Ganesh Statue, You Need To Know One Thing……
Select a topic
Join the Community or Sign in

Before Buying A Ganesh Statue, You Need To Know One Thing…

If you have a Ganesha statue, you might have an inkling of how much symbolism is involved in this incredibly popular deity. Every little detail means something. This is why it shouldn’t be too much of a surprise that there are certain rules when placing this statue in your home, office, or altar.

The key is a small but important detail: the trunk.

Let’s find out why.

1. Lord Ganesha trunk on the left side

For anyone who is keeping their Ganesh at home, it’s strongly recommended to have a statue with the trunk on the left side. These left sided statues are believed to be representing Ida Nadi (one of the energy currents in the spine responsible for basic bodily function) which is the cooling side or ‘lunar’ energy. It’s more feminine, cooling, and nourishing.

It’s also believed that for the household purpose, The Ganesha statue should be in the sitting position — sort of like he’s permanently planting himself in your domain.

If you want to keep the Ganesha statue in the home for material prosperity, then the trunk should be touching or close to the laddu (his favorite sweets in his bowl); it represents that Ganesha is having his favorite food in his hand and will offer the prasad (blessed food) to his devotees. Here the laddu represents material gain and prosperity.

2. Lord Ganesha trunk on the right side

The right sided Ganesha statue is believed to represent the Pingala Nadi (the opposite current in the spine from Ida Nadi) which is related to sun energy. It’s masculine and has a fiery nature, but can give quick results. And just like fire, it can cook your food, but the same fire can burn you if mishandled. So you have to follow the rituals properly if you want to have right sided Ganesha Statue in your home or in your pooja place!

This the highest symbolism. It signifies that the Sushumna Nadi (energy pathway in the spine) is entirely open. Such idols are very rare and special. Even more special is when the trunk is swung upright in the air. It means the kundalini shakti has reached the Sahasrara (crown chakra) permanently. This is enlightenment.

Also, keep in mind that Ganesha is a sattvic deity. Let this influence you to avoid having non-veg food at home, like red meat. Create a pure environment. The favorite food of Lord Ganesha is Modak and Laddu. Whenever you plan to make prasad for Ganesha then make with a lot of devotion and purity. Never taste the food which is meant to be offered to Lord Ganesha. Once Ganesha has taken the prasad then only you can consume the food as a prasad.

Check out our amazing Ganesh statue collection!! They’re not only beautiful, they make a wonderful addition to any home 🙂 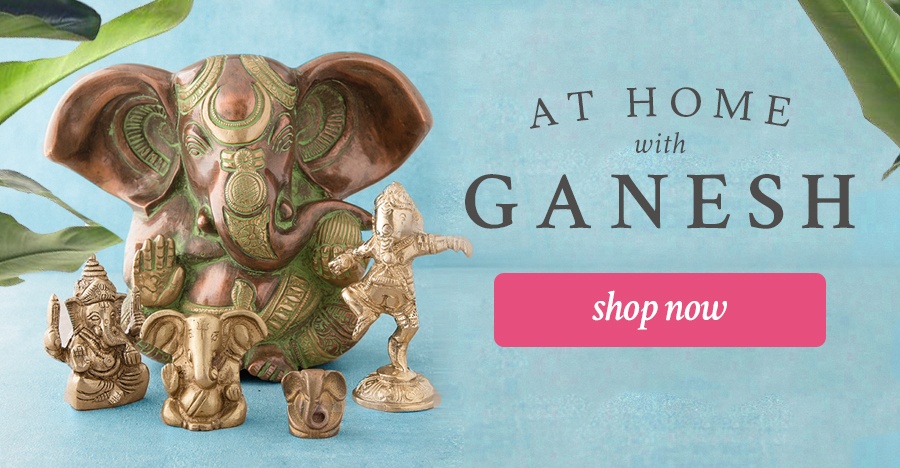