5 Steps To Tame A Restless Mind

The first time I got a taste of meditation was over 10 years ago when I was studying abroad in India.

One of my classmates was this wonderful woman from Thailand who never ceased to surprise me at every step, and she was truly a master at it.

She could sit in lotus position for hours on end, undisturbed, with this peaceful look on her face and the slightest Mona Lisa smile. I remember thinking to myself: Whatever she’s doing, I need to get in on that.

I was hyper as a child and continued to be so as an adult, so much so that whenever I would run into people early in the morning, they would always ask me, “How much coffee have you had?” And I would answer, completely confused, “None. I don’t drink coffee.”

An answer that would always leave them wondering what was going on.

Many confessed later on that they thought I was high on some illicit drugs. I wasn’t… I just had a lot of energy.

Needless to say, the idea of meditation was enticing, but at the same time seemed impossible for someone like me.

Doing The Best You Can 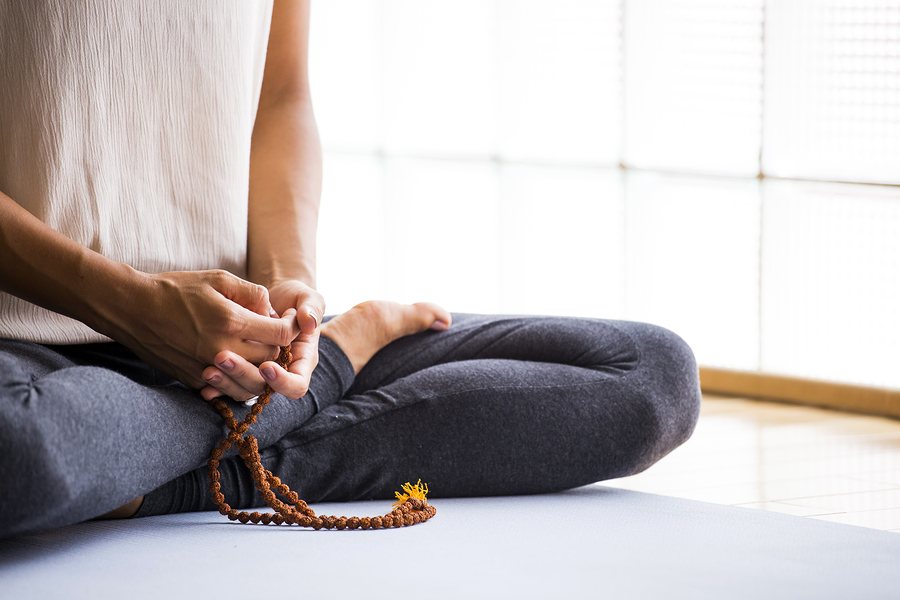 My first meditation session was a disaster, or at least that’s how I saw it. I kept fidgeting, I was in pain, and my thoughts would ramble all over the place.

By the end of the 20 minutes, I considered it a failure, and it did nothing more than annoy me, because in my mind, I just couldn’t do it right. At the time, I just thought meditation wasn’t for me, and I never expected there to be a second session.

A few weeks later though, I met this man who would end up becoming one of my lifelong friends who convinced me to try again. I told him about my first experience, and he simply said, “You’re judging it too much, it doesn’t have to be perfect, you just have to do it the best you can.”

We were on a cliff overlooking the ocean at sunset, and I gave it another shot. Maybe it was the warm breeze or the colors of the sky piercing though my closed eyelids, but this time around, I had this feeling that I was floating.

The thoughts would still come and go, but they wouldn’t bother me or disturb my presence. They were just there… and so was I. By the time the 20 minutes passed, I was feeling peaceful and elated—something I hadn’t felt… well, ever.

Steps to Tame Your Restless Mind

Since that moment, I’ve had all sorts of experiences during meditation. I’ve had the times when I just fall into this peaceful feeling as soon as the meditation starts, and I also still have times when I struggle with it.

I’ve even gone to a week-long silent meditation retreat.

Here are a few things I’ve learned from my on-and-off years of experience with meditation that could help anyone who thinks meditation is not for them.

I’ve found that meditation is not something to be mastered but a journey to walk on every day, every minute, with every step.

Pride has no place in it, because every time you think you’ve conquered a challenge, another one comes along.

Just because one day you were able to sit peacefully for a whole hour, it does not guarantee that you’ll be able to do the same the next day.

Then again, there are also moments when you are so light, you feel like you’re floating on a cloud, and the world quiets down both inside and around you. And those moments are worth everything.