Jeff Danelek, a native of Minnesota but a citizen of Denver, Colorado since 1969, is a graphic artist and author...

Making Your Ego Your Friend — Part One

Is The Internet Our New Guru?

The first step in making the ego your friend is to introduce it to the soul. Once it becomes aware that there is a force larger than itself in charge—a force, in fact, that is responsible for its very existence—it will eventually come to submit to this higher authority, making it possible for us to be released from the grasp of the ego and use it for good rather than keeping us ensnared within its petty little games.

Naturally, at first the ego will fight this idea, initially considering the entire concept of a soul or “higher self” either pure nonsense or some sort of quant religious notion. Take the idea seriously, however, and the ego will tell you that you’re entirely too busy to pursue the soul’s agenda, or that becoming spiritual will make you unpopular with your friends and family, or that you just aren’t the “type” to be taken in all this new age claptrap. If that doesn’t work, however, it may try another tact: it will allow that spiritual evolution is a worthwhile idea and convince you it’s all onboard with the idea, but the ego will try to convince you that you aren’t disciplined enough or dedicated enough or “good” enough to make the journey, prompting you to forget the whole thing.

SEE ALSO: How Losing Everything Can Make You Feel Happier, More Peaceful

Go Past the Ego’s Nature 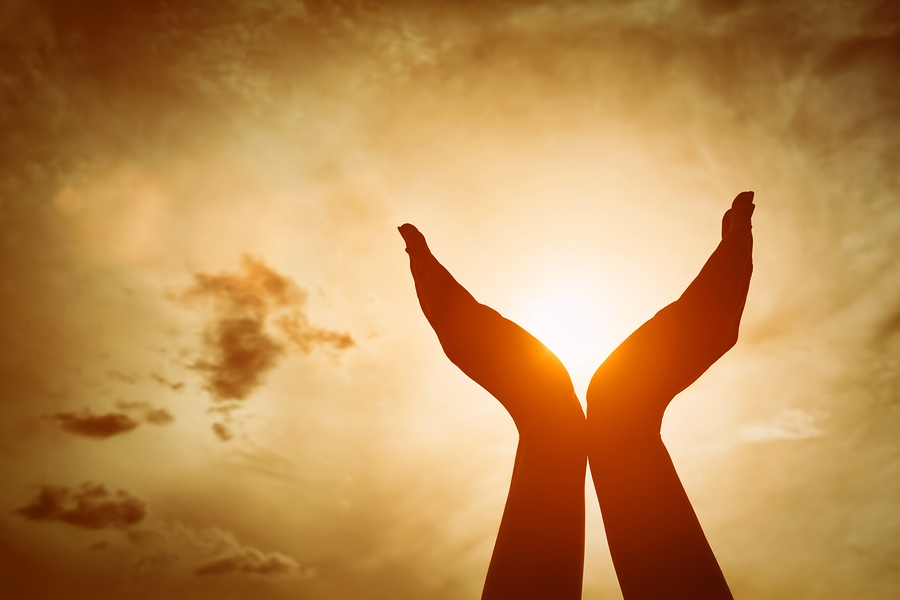 Once one sees past these objections, however, and decides to pursue a spiritual path anyway, the ego may settle down for a bit and even become somewhat useful. The problem with the ego, however, is that it is constantly looking to expand itself, which it may do by trying to convince you that you are now a spiritual master yourself and, as such, are far more spiritual and aware than those poor lost souls out there who don’t have what you have.

In effect, the ego will resort to appealing to your pride which, in an ironic twist, is simply another aspect of itself. It takes exceptional awareness and great introspection to spot hubris in oneself, so this can be one of the ego’s most successful tactics, but once it is seen for what it is and called out as such, the ego will effectively be out of tricks and may, at this point, become more cooperative.

At this point it will lose much of its power to draw you into its many little dramas. An incident may occur that will initially irritate, frighten, or anger you, but you will quickly see it as the ego responding to what it perceives to be an attack upon itself and allow it to dissipate. It won’t disappear entirely, of course, and it may periodically make itself known, but it is no longer a beast to be tamed, but a necessary aspect of living in a physical reality to be understood and even appreciated.

Over time the ego will get used to not having its way and may settle down, especially once it’s convinced that you are not trying to destroy or diminish it. Once it becomes convinced that the higher self is no longer a threat, it can even become cooperative in the process of spiritual evolution.

What does a cooperative ego look like (or, more precisely, act like)? A cooperative ego will remain largely dormant in the background, content to simply observe life until let out of its cage to play. You may call upon to demonstrate your vast knowledge of trivia or to provide the prerequisite ruthlessness when playing a cutthroat game of Monopoly with your family, after which it returns to its previously dormant state. However, it can also be put to more useful tasks, such as those times when courage and self-assurance may be called for. The difference here from before is that the ego becomes a source of encouragement and motivation and in so becoming, proves itself an ally in one’s spiritual development, as difficult as that may be to believe.

End of the War on the Ego

There’s a saying within the New Age movement that states, “what you resist, persists,” and so it is with the ego. As long as we continue to see it as an enemy to be destroyed or an obstacle to enlightenment, we will be at war with ourselves. The ego is a part of ourselves that doesn’t go away simply because we don’t like it. It is a vital part of our identity that we retain until we return to the realm of pure spirit. It may be the ‘little self,” as many spiritual teachers call it, but it is still an element of the self and needs to be recognized as such, not ostracized or shunned.

In fact, I might argue that it is only as one gets the ego to understand what the soul is trying to do and get it to agree to the process that any real spiritual growth is possible. It is only as it is acknowledged and even loved that it can stop being the obstacle many perceive it to be and the inner war that rages within us be ended.

Jeff Danelek, a native of Minnesota but a citizen of Denver, Colorado since 1969, is a graphic artist and author…