Our Life Is A Series Of Choices: As You Choose So You Become: Part II

SEE ALSO: Why You Should Spend A Weekend Completely Unplugged

Consciousness, therefore, presents a hard problem for science, or perhaps it marks the limits of what science can explain. Explaining why consciousness occurs at all can be contrasted with so-called “easy problems” of consciousness: the problems of explaining the function, dynamics, and structure of consciousness. These features can be explained using the usual methods of science. But that leaves the question of why there is something it is like for the subject when these functions, dynamics, and structures are present. This is the hard problem.

The problem is a major focus of research in contemporary philosophy of mind, and there is a considerable body of empirical research in psychology, neuroscience, and even quantum physics. The problem touches on issues in ontology, on the nature and limits of scientific explanation, and on the accuracy and scope of introspection and first-person knowledge, to name but a few. 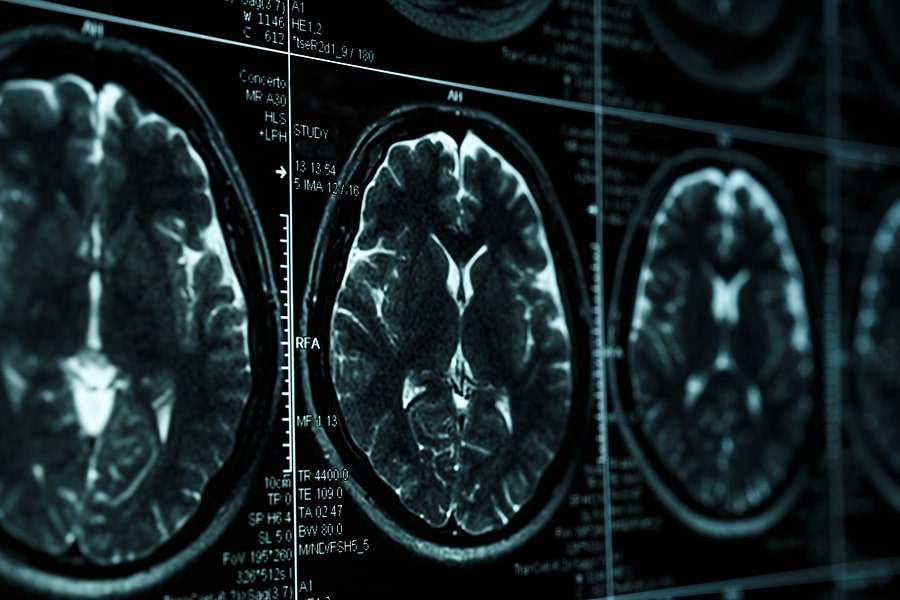 Hence, humans, and not robots, are conscious. It is true that a robot can do many things, which human beings do. Machines or robots can do more work than human beings. Even then a robot has no consciousness, no free will, and no mind. The idea of a conscious machine is a contradiction in terms because the word ‘conscious’ stands for something natural and the word ‘machine’ stands for something artificial. It is absurd to say that machines are conscious.

First, machines or robots are purely material things, and consciousness requires immaterial mind-stuff. And mental states and events are a product of the operation of the brain, but the program is not in that way a product of the computer. Second, a machine is inorganic, and consciousness can exist only in an organic brain. Cognitive science tries to explain how conscious experience arises from the electrical process of the brain. But it cannot show how and why conscious states belong to the subject or I. This qualitative feature of mental states brings, is the existence of qualia, which are the qualitative experiences of the human mind. For example, the experience of tasting a sweet is very different from that of watching a movie, because both of these have different qualitative characters of experience. This shows that there are different qualitative features of conscious experience.

That is why we cannot derive the pleasure of eating sweets by smelling a rose and vice versa. The mind is a machine; it cannot entertain the so-called qualitative subjective experiences called the qualia.

The brain performs multiple functions; that is to say that all varieties of thought or all mental activities are accomplished in the brain by parallel, multi-track processes of interpretation and elaboration of sensory inputs. The mind turns out to be a computing machine programmed to cope with the cognitive representation of the world. For machine functionalists, the structure of the mind is the structure of the machine representations. Therefore, in this respect, there is no place for the subjective qualia among the mechanical states of mind.

The qualia are ascribed to a conscious subject and not to the brain because the brain is a physical system though with infinite physical capacity. The subject is not reducible to the brain in the sense that the brain itself belongs to the subject. Mental states are subjective, not in the epistemological sense of being known exclusively by the subject, but in the ontological sense that they are essentially revealed only to subject. It is established on the philosophical ground the qualia belongs to the conscious subjects. Artificial intelligence fails in explaining the concept of consciousness. 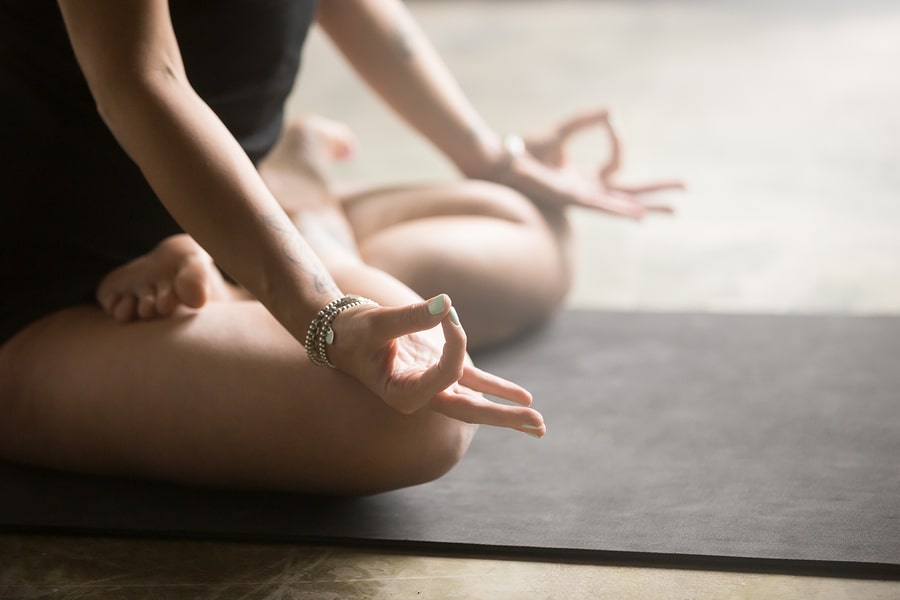 The ‘hard’ problem of consciousness, as Chalmers has shown, is the problem of experience, especially, to the first-person character, which cannot be explained within a scientific framework. Cognitive science can explain a system’s functions in terms of its internal mechanism. But it is not possible to explain what it is to have subjective experiences because it is not a problem with the performance of functions. Now the question is: why is it so difficult to explain?

Adaptive Resonance Theory, or ART, explains neural mechanisms and psychological functions of dynamical brain states whose properties mimic subjective properties of individual conscious experiences, even as they explain parametric properties of many psychological data about these experiences, including their spatiotemporal dynamics. ART also proposes in what brain regions these dynamical states may occur, and how these dynamical states may all arise from a unified set of shared neural mechanisms, even when they carry out different functional roles and adaptive behaviors using different parts of the brain.

The ART prediction that “all conscious states are resonant states” provides a linking hypothesis between brain mechanisms and psychological functions that enable our explanations of consciousness to be experimentally tested. It is the dynamical state that “lights up” to enable a conscious experience to occur, and not just be the “whir of information processing”. It is not, however, predicted that “all resonant states are conscious states”.

The mind, which belongs to a conscious subject, is an important category in metaphysics because metaphysics takes into account the general nature of reality which includes consciousness, knowledge, belief, etc. These phenomena cannot be explained unless we presuppose a conscious self to which they are attributable. There is a conscious subject which is conscious and which possesses knowledge and beliefs about the world. And that subject is the metaphysical ground of the mental phenomena and that is mind.

Therefore, the nature of mental phenomena like consciousness and intentionality is such that they demand a subject to which they are attributable and without which they remain meaningless. If AI tries to give a definition of consciousness then it leaves out the explanatory gap, that is to say, it discusses the distinction between mind and body. If this is so, then it leaves out subjective experience and opts for a third-person perspective of consciousness.

The Vedic Point of View

Now from Vedic point of view lets see how and why consciousness is.

If this body does not shine, that means it is not visible. If there is no light coming from this body, then you cannot see it. This body is seen because it is bathed in light. This is what we mean when we say “bhati”—shines. Really speaking, this body does not shine of its own accord. It shines in light from another source, a light that lights up this body. This body reflects that light; it throws back the light, and that is how it shines. If it absorbs the light, then it becomes a black hole, where matter is so dense that even light does not bounce back. But this body reflects light and, therefore, the body “shines”.

In Sanskrit we have two words: “shines” (bhati) and “shines after” (anubhati), literally translated (anu means after). In this example, the light shines (bhati) and the body also “shines”, but shines after, anubhati.

Then what shines (bhati)? That which is self-existent, self-revealing, the consciousness that is, that alone bhati, asti. The meaning of both asti and bhati is one consciousness.

Consciousness is; it is self-existent and self–revealing. Shining after consciousness alone is the mind. The mind shines, the eyes shine, ears shine, all sense organs shine, and their objects all shine. Therefore, who lights up the whole thing, the jagat? Brahman.

Only one thing counts and that is satyam Brahman. It is limitless, and this is called Ananda. This is what, experientially, you love to have. Limitlessness is the nature of sat and chit but it is taken for limited, and therefore, in your self-experience, you miss only the limitless. You don’t miss existence; you miss limitless existence. You don’t miss consciousness; you miss the recognition of limitless consciousness

This means that we are always seeking limitlessness from different standpoints. That limitlessness is what is called Ananda or bliss or Priyam These three, asti, bhati, priyam, constitute Brahman. They are the laksanas, the words which reveal one Brahman that is myself, limitless consciousness which is. Everything else is dependent for its existence upon me—not upon Brahman, but upon me, because Brahman is me. There is no other Brahman. The self, Atman, is Brahman. I am Atman-brahman. Everything shines after me, and therefore, I am all-pervasive in the sense that both subject and object, essentially, are the same.

This is what quantum physicist have admitted. That “ Consciousness is the ground of the being”.

Analysis of Perception in Vedanta

According to Vedanta, the analysis of perception is given as follows:

For perception to take place first there must be the external instruments i.e. eyes, ears, nose, skin.etc. Then the organ to which this external instrument will carry the sensation, and lastly the organ must be joined to the mind. The mind too is the carrier. It has to carry the sensation still forward and present it to the intellect. The intellect is the determinative faculty.

Still, this is not sufficient. The intellect must carry it forward and present the whole thing before the ruler in the body, the human soul the atman, the king on the throne. Before him, this is presented, and then from him comes the order as to what to do or what not to do. And the order goes down in the same sequence to the intellect, to the mind, to the organs, and the organs convey it to the instruments and perception is complete.

So the self-luminous Atman or consciousness has a major role to play for perception and without which perception is not complete and impossible. There cannot be any experience—any internal or external perception—without the light of Atman. This is the answer to the why of consciousness the hard problem of consciousness.

The disciple asked: Om. By whose will directed does the mind proceed to its object? At whose command does the prana, the foremost, do its duty? At whose will do men utter speech? Who is the god that directs the eyes and ears?

The teacher replied: It is the Ear of the ear, the Mind of the mind, the Speech of speech, the Life of life, and the Eye of the eye. Having detached the Self from the sense−organs and renounced the world, the Wise attain to Immortality.

That which cannot be perceived by the eye, but by which the eye is perceived−That alone know as Brahman, and not that which people here worship.

That which cannot be apprehended by the mind, but by which, they say, the mind is apprehended−That alone know as Brahman, and not that which people here worship

So in keno Upanishad we find the answer to perception.

In the human frame, consciousness finds its greatest expression. Why does consciousness seek its expression in the material realm? Poet Shelly gives a beautiful answer. “I am the eye with which the universe beholds itself and knows itself as divine.”