A Reiki Story: No Doubt, No Fear…
Select a topic
Join the Community or Sign in

22 Keys To Successfully Heal Yourself And Others

Why Me? “The Uncertainty Factor”

Hitting The [PAUSE] Button On STRESS!

A Reiki Story: No Doubt, No Fear

Reiki, as I talk about in our first book, is a Healing Modality. Reiki literally means “Universal Life-Force Energy” in Japanese kanji, the life force that flows through all things that have a life. However, Reiki is also a way of life, a knowing, that all things are connected and can be called upon to help a situation, even if that thing that is needed is an answer to a problem. You just have to use your imagination with positive intention and then open your mind to the possibilities.

The Following is an Excerpt from “Finding the Alchemist Within – Turning Yourself to Gold!”

My daughter Leanne taught me about this when she was eight years old. She had an interest in Reiki from the time she could talk and was a natural at it. She was attuned to Reiki. Her energy work consisted of doing Reiki on the dog, the garden, and any houseplants we had at the time. She was a toaster; if I was suffering from a backache she would have it gone in mere moments.

One day she was my assistant during a very difficult Reiki session, which in retrospect was definitely spirit-guided. I received a call to do Reiki at a local hospital in Hartford on a burn patient. The patient had first and second degree burns over 70% of his body, and they could not move or care for him physically. When I started to do my protocol, he cried in pain saying, “It feels too hot!” I was stumped, to say the least.

My daughter pulled me out into the hall and told me to do “Cold Reiki.” I said to her, “I don’t know what that is, Pooh. Show me.” I sat on the floor in the hospital hallway as my eight-year-old daughter explained my own science lesson to her from months past. “Everything has an equal opposite in energy, so if Reiki is warm, it can also be cold.” I nodded and said, “Ok, go on…” So she explained that if I imagined putting my hand into the freezer without touching the sides, it would be what cold Reiki would feel like. “Just think cold Daddy,” she said. I agreed, and we returned to the room.

I explained to the patient that we were going to try something different. With Leanne on one side and me on the other, we closed our eyes and just thought cold. Within seconds, the patient sighed and said,” Ah, wow! I can feel that, and it feels cool like a stream.” We stood there for a time just sending intentions of cool healing energy from a distance of about 5 feet until he fell asleep. Just prior to publishing, I asked my daughter to have a look at this story and let me know if I was telling it accurately. It inspired her to write a piece about not only that but what Reiki means in her life, as a healing modality and an integral part of who she is. This inspired me to share her thoughts here, as it not only gives “the rest of the story” about “Cold Reiki,” but also gives an insight into someone who walks as a sage with this energy without doubt or fear.

Reiki, Outside of the Confines of Definition 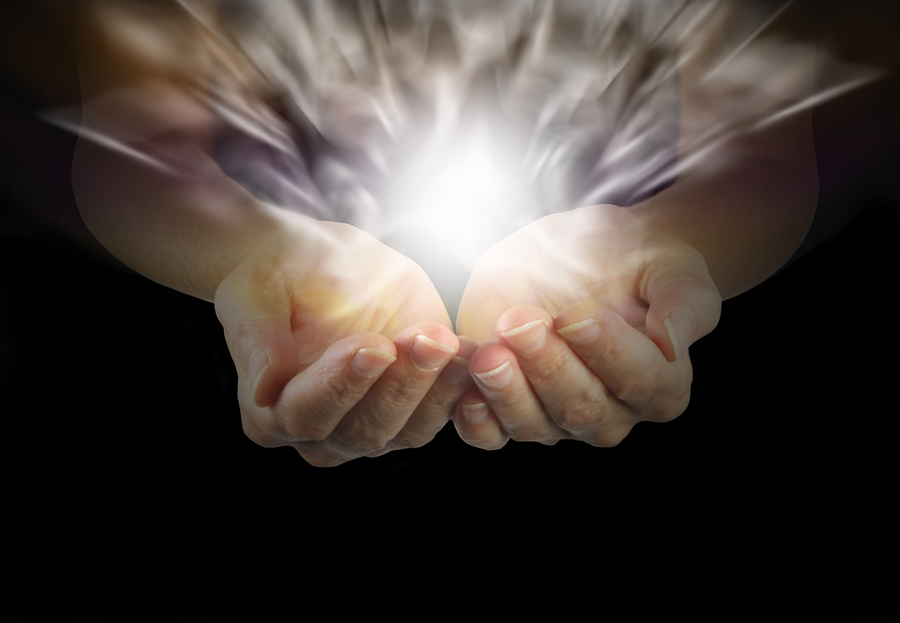 “Ever since I can remember, I was always my dad’s little helper. Whether it was fixing stuff around the house or trying to get rid of someone’s headache with Reiki, he always involved me.

The first time I remember having to use what I called ‘cold Reiki’ was actually when I had broken my wrist when I was in elementary school. I remember trying to use my own healing power to try and make it stop hurting, but the heat of my hands just made it ache worse. I knew giving up on it wasn’t the only answer, so I cleared my mind and held my hand over my wrist once more. At first, I didn’t try and make the energy cold, I just held my hand there and thought about the pain slowly disappearing. I probably did that for 20 minutes or so, just very wrapped up in thought, not really noticing that the energy was no longer hot. It wasn’t until I was ready to break away that I realized my hands were freezing cold. I wasn’t sure how I did it, or if I could even do it again.

For a while, I wasn’t quite sure I believed I did anything productive until the day my dad talked to me about a burn victim. He probably saw it differently, but when I told him about it, I wasn’t even sure if I could do it again. I knew if I showed any concern or doubt it might not work. I sat there with him and thought about what I would want to feel if my body was covered in burns. The only way to describe it would be to imagine sticking your hands into something cold.

The truth is, it was just a thought, a feeling that I had concentrated on in my mind without thinking that it could potentially work. Sure enough, it did. Healing and energy had always appealed to me. It was my own little escape. It was my own way to feel like I had actually made a difference, even if it was just one person. I believe a lot of my accomplishments in recent years have a lot to do with spiritual enlightenment.

Considering how rebellious I was as a teenager, it surprised most when I made a complete 360. I went from partying to moving from Connecticut to Florida. I decided to go to automotive school and, despite popular belief, finished with good grades. Being that the automotive field isn’t what most would consider “the right place for a woman,” it took a lot to finish. Clearing my mind of negativity and relaxation played a huge role. I then went on to work for an automotive parts store, and within a year I was second-in-command manager. I know, to most, that accomplishment would seem trivial, but to me, it was a big stepping stone to where I want to end up.

Being in tune with who I am and who I want to be led me to conquer my greatest of fears, not only just in a career atmosphere but in my personal life. When I was a young girl, I never dreamed of my perfect wedding, never even wanted to get married, let alone date someone. Allowing my heart to be free and to trust was a huge deal for me. I was always the type to be just fine all on my own, so moving out and being on my own wasn’t a big deal, but moving in with a boyfriend was.

Once I learned to trust my heart, I met the man who is now my amazing husband. He is a sailor and is gone a lot of the time, and now realizing that the aloneness I once desired has now become the desire to spend my life with him is probably the toughest thing to deal with. Being in tune with who you are, being confident and being able to love are not just the most important things I’ve learned, they are also things I don’t think I would have been able to do without Reiki.” – Leanne Damian Davidson

If you can dream it, you can do it!

Protocol is a necessary thing to make sure that all bases are covered. However, there are times and situations where they mean nothing at all and you just have to allow the spirit to guide you, through intuition, gut feelings, or just plain imagination. My girls pride themselves on being “Disney Kids.” Little did they know how deep the quote, “If you can dream it, you can do it” goes. We are taught that imagination is all in the head and not real; we beg to differ. I am reminded of the Tao Te Ching when experiencing the wonderment and magnificence of the human enlightened form, the conscious awareness, or what I call the Alchemist within.

“Look, it cannot be seen – it is beyond form.
Listen, it cannot be heard – it is beyond sound.
Grasp, it cannot be held – it is intangible.
These three are indefinable; therefore, they are joined as one.
From above it is not bright; from below it is not dark;
an unbroken thread beyond description.
It returns to nothingness.
The form of the formless,
the image of the imageless,
It is called indefinable and beyond imagination.
Stand before it, and there is no beginning.
Follow it, and there is no end.
Stay with the ancient Tao, Move with the present.”
-Lao Tzu: Tao Te Ching