5 Sacred Ceremonies And Practices: For Transmuting Fear And Coming Into Greater Alignment

An Exercise For Removing Blocks To Abundance

Helping To Heal Loved Ones Who Have Passed Over

How To Use Quantum Physics To Find Your Sacred Energy

When I was first learning about Quantum Physics, it was helpful for me to break down the information left-brain style, with some hard and fast evidence (the lawyer in me) and see everything out on a page. Recently more and more people have asked me about sources for these principles and where they can find simplified explanations for the fundamental basis of energy medicine and interworkings of the Universe. And so I took those requests as a sign from the Universe that it may be helpful to share this in a public forum space.

With that said, this information is of course not new and there is a myriad of sources out there to serve you. Finding some that resonate with you is a helpful permission slip to accept—whether that be books, shows, documentaries, blog posts, articles, or the like. Whether you already know these principles, and just want a quick refresher course or reminders—or whether you are putting puzzle pieces together for the first time, we are all in different spaces in our personal Journeys of Remembering, and honouring others where we are at, and honouring yourself where you are at, in my mind is the most loving way to move forward together.

It’s not a race, or about the Ego-self. It’s about sharing information and putting together what works for us, accepting what resonates with us, and discarding the rest. In fact, when I teach or coach, I learn the most from people I work with. We are always learning and constantly remembering new things about our true eternal natures. As Rumi said, we are all just walking each other Home.

“Consciousness is the immeasurable potential to know an experience in every living being.” -Deepak Chopra

SEE ALSO: The Purpose Of Meaning (And The Meaning Of Purpose)

Have you ever been on the “same wavelength” as someone? Met someone and felt immediately as though you’d known him for your whole life? Ever find yourself thinking about a friend or significant other, and then he or she called? Or know what your girlfriend was thinking without being told? Better yet, ever envisioned something you wanted to happen—and then it happened?

This is quantum physics at work. We are all made of pure energy, and science now backs this up. That energy makes up our physical bodies as well as our thoughts and emotions, and it is in constant vibration at varying speeds or frequencies. The energy of our bodies, thoughts, and emotions, attracts things into our consciousness that are vibrating at the same frequency. This is like tuning forks that come together to sound a single note. 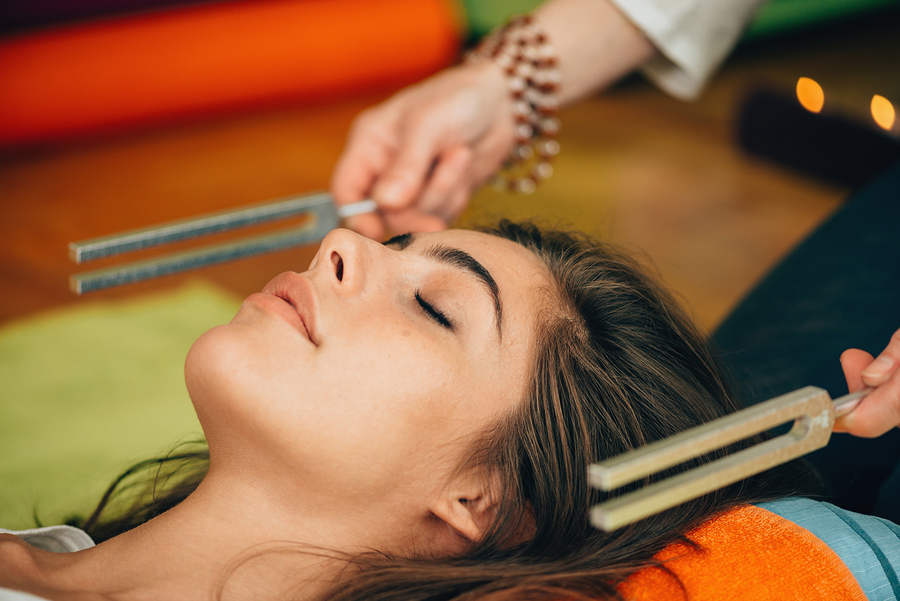 In that regard, one of the most organic ways to create a clear, single, well-defined vibration is by striking a tuning fork which are usually made of steel. When you strike the prongs of the fork, a pure, musical tone resonates in the air, and the pitch of that tone is determined by the length and mass of the prongs.

So let’s say you are holding a tuning fork in the key of “C”. In front of you, is a row of seven tuning forks in the keys of A, B, C, D, E, F, and G. And so if you strike the C fork in your hand, amazingly, the other tuning fork in the key of “C” will also begin to vibrate, even though there is no physical contact between them. The other forks will not react. There will only be an energetic connection between the two forks of the same frequency. So this is a very basic form of broadcasting, and it shows that when one tone is activated, a corresponding tone in a surrounding environment responds back. If we, therefore, imagine the tuning fork in your hand as a conscious being, from its point of view, it released a vibration to the Universe, and a corresponding vibration was returned.

In any event, so, in the past, classical physics told us that we were the result of our physical actions and experiences (ex.: Newton).  And that the same was true of everything around us—everything we touched, saw, and experienced was the result of external forces. We looked to the elements—air, earth, fire, and water—as the natural forces that shaped the world we know. Quantum Physics, however, looks even deeper.

Quantum physicists study the smallest particles in the Universe, the foundation of everything in this world (and in us). In quantum physics, there are multiple possibilities—in fact, infinite possibilities—and the concepts of time and space as we know do not exist. This is why energy healing works the same way remotely as in does in person. In a way, this makes sense though. After all, the brain processes 400 billion bits of information each second, and yet we’re only aware of about 2,000 of those bits. That means, in effect, that reality is happening in the brain all the time.

And so knowing that quantum physicists study the smallest particles in the Universe, we can dive into that a little further. Particles are particles—the smallest forms of matter. Particles combine to form atoms, atoms then combine to form molecules, and these molecules are the origin of visible matter. Visible matter meaning what we perceive as matter (ex: the stuff we actually see).

There are three main principles of Quantum Physics:

This article focuses on that First Principle of Quantum Physics:  Everything is energy. 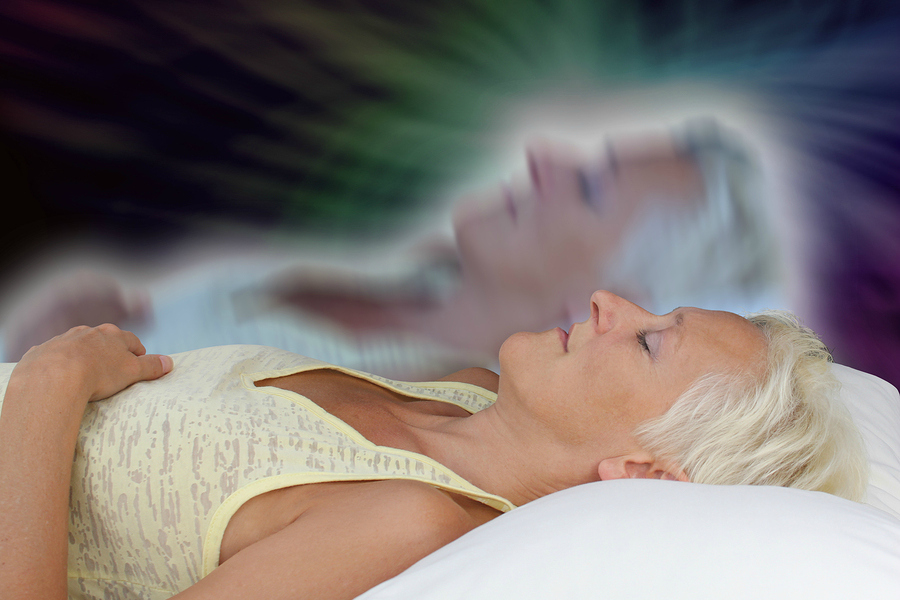 Quantum physics teaches us that matter, as we have come to customarily conceive it, does not exist. Far from the physical appearance we imagine, matter is nothing but a gigantic concentration of energy.

Each particle of the Universe is only concentrated energy. As discussed previously, particles combine to form atoms, atoms combine to form molecules, and these molecules are the origin of visible matter. This is why we can say that matter is comprised entirely of energy. The energy inside us and in every piece of the world around us is constantly moving. Picture this: billions of dancing, wiggling strings of energy. Each string has a unique vibration and movement, and acts like a magnet, attracting strings with comparable frequencies and vibrations. This attraction can expand across all space and time since time and space don’t exist at the quantum level). Bear with me.

As those energy strings get attracted to one another, they clump together. When enough energy clumps together, it creates a form we can actually see.This is called mass. If that’s giving you painful flashbacks of high school science class, all “mass” means is “energy.” Remember Einstein’s equation,  (E=MC²), which told us that mass and energy are interchangeable. Mass = Energy. And Energy = Mass.

Same thing, different forms. Mass is energy that has a form we can touch or see; energy is potential mass that has yet to be formed. As an aside, from a shamanic perspective, this is where the Shaman, or energy medicine practitioner lives. On the “equal sign” of Einstein’s equation: with one foot in the world of matter, and the other foot in the world of energy, of Spirit.

Bringing It All Together

So think about that: Everything is energy. Our body and every piece that makes up your body is mass (energy that has taken form).  Your thoughts are energy (but they are formless; they simply exist as energy). Everything is energy. And Quantum Physics aside, you know exactly what I mean, because we’ve all encountered people who give off “bad vibes.” Or by contrast, been enthralled with a person’s magnetism who’s giving off amazing vibes.

It’s true, and all that is is Quantum Physics at work.