What I Learned In 10 Days Of Exploring The Mind

How Ayahuasca Removed Alcohol From My Life

I cheated. Really, I didn’t have to do a thing. A friendship that I had cultivated throughout my whole adult life just got up and walked out on me one day. It slipped out the back door, making sure to close it silently, the hinges on the door didn’t even squeak. But, unlike most close bonds abruptly severed, this one was emotionally painless to let go of. I didn’t see it coming. More surprisingly, this departure flipped a visceral switch within me — a switch that had been on during my whole adult life. But in that one instant, it moved to the off position — a simple act that changed my world.

SEE ALSO: How Cause And Effect Play Out In Your Life

My Relationship with Alcohol

Alcohol was a dear friend throughout my adult years. Traveling in Eastern Europe during my youth and partying in my late 20s/early 30s marked my fondest moments with my amigo. I have no regrets about those experiences; I had a lot of fun, I met a lot of fascinating people, I cleared out a few dance floors, and I got into some interesting situations. Alcohol expedited the growth of strong relationships in parts of the world that wouldn’t have happened without it. It got me great contacts, lots of laughs, friendships — I even started a business, which I still own today, in a moment of drunken ecstasy.

Then, something changed when I reached my mid-30’s. My friend began to show a more disagreeable side of his personality. My body was affected after as few as two drinks; I felt mentally slower the next day, despite having consumed so little. But alcohol was my friend, so of course, I wasn’t going to say “no” to a couple of drinks. And why would I? I had never thought of myself as an alcoholic. But now that I can look back, I’m not sure how one determines that. Is it two drinks a day? Is it regular weekend drinking? Is it a force that consumes subconscious or conscious thought? Can alcoholism be defined by one’s actions—the simple reaction of using it to cope during difficult times, or as an aid in social situations?

Alcohol maneuvered inside my operating system, controlling me to some extent without my knowledge. It was an escape of sorts—something that I could look forward to at the end of a long day, like an oasis in the middle of the desert sands. It helped me remove pressure from myself. It symbolized time off. It let me numb my mind. Alcohol was a lubricant—a refuge. It promised many unrealistic things. Since I didn’t want to become an alcoholic, there were weeks when I didn’t drink. But I had to consciously work toward this goal and carefully avoid that one bottle of beer or glass of wine—those invites to have “a drink”. This satisfied the regimented side of my personality, but managing this avoidance still took work. Perhaps this all sounds dire. I would have thought this post was a radical rant before my friend left. But, now that my relationship is over, my perspective has changed, much like the position of the switch.

So How was the Switch Flipped? 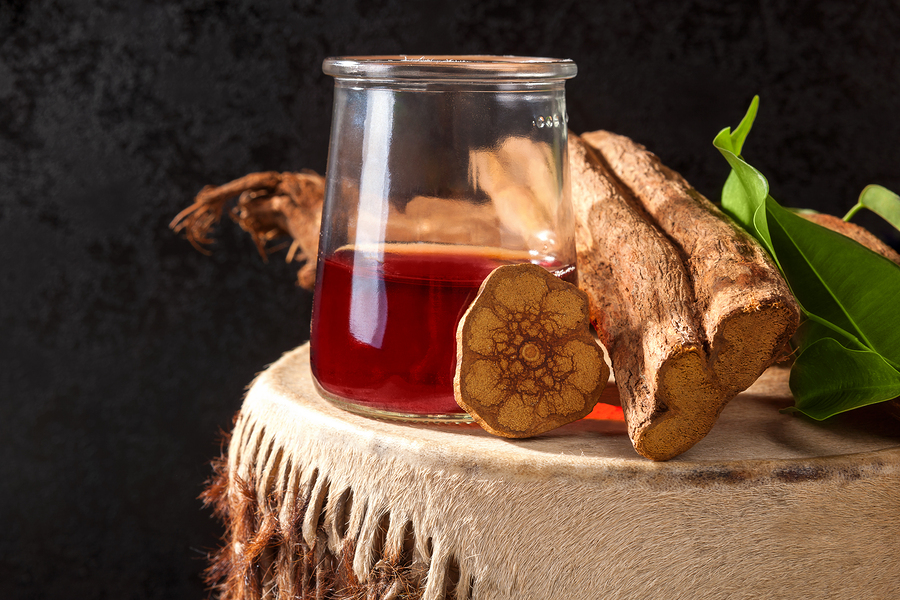 Enter one of the most powerful psychedelics on the planet: ayahuasca. Ayahuasca is a medicinal plant combination that’s been used for thousands of years during ceremonies in the jungles of Brazil and Peru. The medicine takes its user on an intense inward journey for roughly seven hours, which can guide one’s thoughts into both light and dark areas of their lives. It can bring tears of joy, or it might create frightening visuals. It can induce vomiting. It will probably bring one into uncomfortable corners of the mind psyche—the spaces we work very hard to distract ourselves from. But by going to these places, a person is able to purge the darkness from their lives, or at least become aware of where the darkness comes from.

Ayahuasca isn’t something you’d want to do with your friends on a Friday night. It needs to be taken in a controlled environment with a shaman and supervision. It doesn’t quite have the same fun factor as other psychedelics or alcohol. Ayahuasca is serious, otherworldly, intense, awakening, transformative. One hot afternoon in the countryside of northern California, under a large white tent, I wrapped my hand around a glass of warm, sludgy liquid, and brought it to my lips. It didn’t go down like that satisfying sip of a cold, frothy beer, nor did it have the smooth, velvety texture of a glass of red wine. The course and viscous texture of ayahuasca slid into my stomach like dead weight, leaving rancid bitterness in my mouth.

After one glass, I felt somewhat removed but in “control”. I looked back at the illusion shortly after control vaporized into the contrails behind me, while I rocketed into an altered state.

I am fascinated by intentionally placing myself in foreign situations in the world. I feel its given me the opportunity to observe things like culture, the structures we live in, ‘groupthink’, brainwashing, the nation-state—the systems and structures all of us live within. Travel enabled me to hover over the playing field and look at the game as a spectator. It gave me the ability to view my created identity from a different angle.

Ayahuasca took me in a different direction of discovery; instead of removing me from my external conditions, it brought me deep within my internal operating system. And for the first time, I removed myself from the identity that I’d created—the narrative I’d lived by. I observed my thoughts, rather than my surroundings, as a spectator. I witnessed my spirit in its most vulnerable form, away from the shell of identity, away from my ego that has created an illusion of what I am in the world, and away from my defenses. I saw the blockages within me that were invisible before. I saw the ego and spirit as two separate entities.

I observed my ego with a smile. I saw the insecurity in its compartmentalized script. It’s addiction to fear: fear of the unknown, acceptance, and not reaching enough accomplishment and success in this lifetime.…fear of the future. My ayahuasca journey evoked copious revelations and discoveries. It’s odd, but my friend didn’t come into my visions or thoughts during those remarkable seven hours.

The week after ayahuasca, my life slowly transformed back to normal. But there were definitely changes. I walked down the street feeling more observant and more at peace with myself. I paid more attention to nature and to people’s actions; I closely felt their energies. I noticed and appreciated the intricacies of buildings. I didn’t drink the following week. I was still in the mode of processing my journey, and writing down all that I had realized. Oddly enough, I didn’t miss having a cold beer or a glass of wine at the end of the day.

And then the next week passed. I still did not drink, and the next week followed. One evening, I went out with some friends. They ordered a round of beers, but I pushed mine aside and ordered a club soda. For the first time in my adult existence, I viscerally didn’t feel like a beer in this situation. You should have seen the looks on their faces.

One month went by, then two months. Consciously, I did nothing; I felt no craving to see my former friend. I didn’t miss him; he made no attempt to visit me.

Six months went by. In that time, I had maybe three cravings, which lasted about forty seconds in total. One of my favorite people on the planet got married; I didn’t drink at his wedding. I declined to drink beer with the most professional drinkers of my friends. It felt odd to be around him after the sunset without a beer in my hand; he took it personally like I was breaking up with him. My brother also got married; I drank water during that weekend. 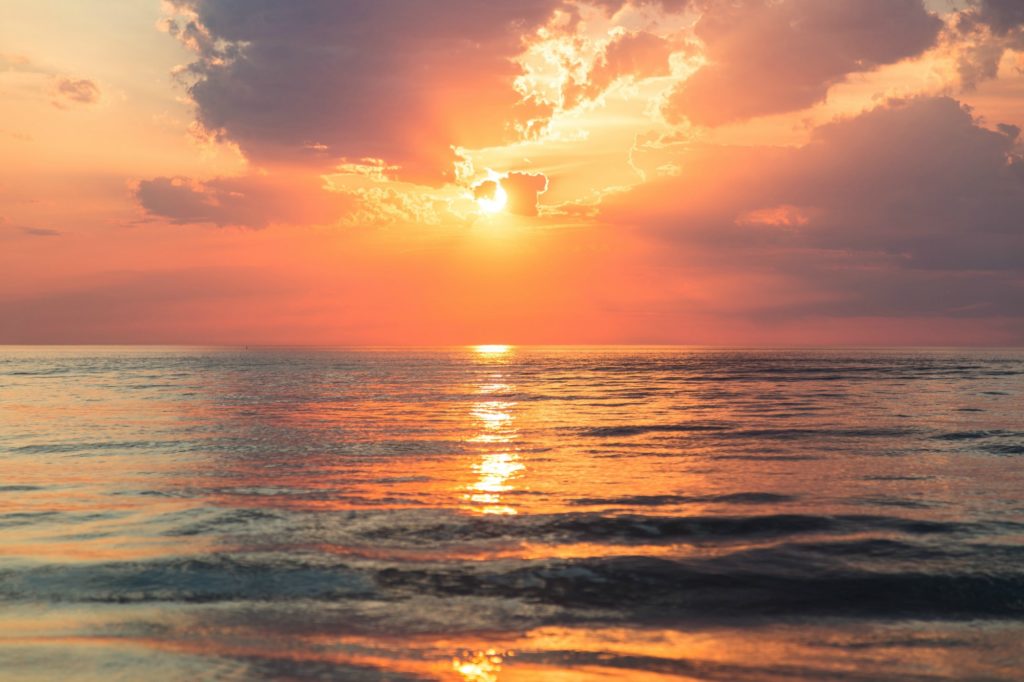 Every morning felt fresh. My mind became much sharper. I lost weight. I saved a ton of money. It was never my intention to quit drinking alcohol. I didn’t attend AA. I didn’t seek counseling or rehab. And, to be fair, I didn’t think I drank that much in the first place, so I had never seen a reason to quit. What ayahuasca did to me is almost too good to be true, but it’s undeniably real. I am living proof of this unconscious transformation that happened from within myself.

I’m not saying that ayahuasca is going to change anyone else’s drinking regimen, and I’m not preaching that anyone stops drinking. I can only speak about my personal experience and what was best for my health, my mind, and my spirit. I’m a firm believer that the medicine tells its user what they need, and it told me exactly what I needed at this time in my life. By removing something toxic, I’ve opened up space for so much more. I haven’t seen my friend for a year now. I’m not sure if I’ll ever see him again. Before, I didn’t look at my friend as a negative influence; he was always full of laughter and promises. But, in truth, my friend was manipulative, always took my money, and couldn’t show me the way to a better life. That’s how life goes. If something becomes too much of a negative, it’s best to let it go, even if it’s a great friend.