Why Have The Beatles, Steve Jobs, And Mark Zuckerberg Taken Refuge In Indian Spiritualism?…
Select a topic
Join the Community or Sign in

An India-based writer and researcher, Salil Gewali is best known for his research-based work of twenty-four years entitled "Great Minds...

Goddess Durga And Her Divine Manifestation

From Donald Trump To Prince Charles And Netanyahu, Namaste Is Going Global

Why Have The Beatles, Steve Jobs, And Mark Zuckerberg Taken Refuge In Indian Spiritualism?

Facebook’s Chairman Mark Zuckerberg had suddenly dropped a bombshell on the “liberal secularists” in India during the Indian Prime Minister Narendra Modi’s visit to his campus in California in the year 2015. In fact, it was in the context of Zuckerberg’s special connection with India, more precisely, the spiritualism of ancient India.

Initially wasn’t a bed of roses for Facebook. This world-famous social networking company had its own share of bad times. Revealing for the first time in the meeting at the Facebook office, upbeat Zuckerberg told his very special guest — PM Narendra Modi at his office that Steve Jobs, the founder Chairman of Apple, had fervently advised Mr. Mark to visit a specific temple in India for “blessings” and also about the spiritual depth of the ancient wisdom.

Heeding the advice of his mentor Steve Jobs, Mark then had visited the temple in northern India and toured around the country for nearly a month. The American techno-wizard Steve Jobs had himself spent over six months in India in 1974. He was here in quest of the “higher meaning” of life and spiritual solace. As understood, from early age Steve was quite haunted by a good deal of “unanswered questions”. Of course, his encounter with a book “Be Here Now” by Richard Alpert, a Harvard Professor, had opened up a gateway to the spiritualism of the East. This book had also introduced him to a mystic Yogi ‘Neem Karoli Baba’. That later inspired Steve to set out the journey for India. As soon as Steve and his friend Daniel Kottke arrived in India, they directly went to meet the Guru in Kainchi Dham Ashram in Nainital (India). But to their disappointment, they found the Baba had already passed away some months earlier. Nevertheless, the urge to dive deeper into the spiritualism did not die away. They shaved their heads and put on Indian clothes and undertook an extensive meditation and yogic practices. 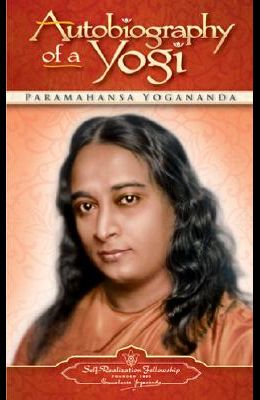 The most significant impact made upon Steve’s life was a book “Autobiography of a Yogi” by Paramhansa Yogananda. It is on record that he would read this book frequently, at least once every year until his death, 2011. This book had given him a practical insight into what exactly this world is about and how a layman can prepare himself to realize the Supreme knowledge. A first-hand account of a Yogi with empirical approaches to know oneself, this book by Yogananda is a smash hit manual among seekers of Eastern spiritualism across the globe.

Yes, by dint of hard work, intuition, and innovation, Steve Jobs stood out as one of the most successful techno-tycoons of modern times. Jobs was hardly possessed by the luxury of riches and materialistic vanity. He just regarded his entrepreneurship as a tool to awaken his dormant potentialities. The chairman of Salesforce.com and famous philanthropist Marc Benioff says with conviction — “If you want to understand Steve, it’s a good idea to dig into ‘Autobiography of a Yogi’.” It is this book which Steve’s family had given to all the guests as the “last gift” at his first memorial service.

We also can’t afford to ignore the Beatle’s fascination for India as well. The band members that were basking in the opulence of materialistic riches and glory visited India (Rishikesh) in search of inner peace. They met with Sri Maharshi Mahesh Yogi and learned Transcendental meditation (TM), which laid bare methods to feel true bliss within. Sri Maharshi is still a big name in the West today, with a huge following that includes celebrities like Oprah Winfrey, David Lynch, Russell Brand, Hugh Jackman, Jennifer Aniston, and Modern physicist Dr. John Hagelin, to name a few.

The Beatle’s Paul McCartney and Ringo Starr assisted Hollywood Director/actor David Lynch to organize the Transcendental meditation program under the ‘David Lynch Foundation’, which spread across the USA and the European countries. What pulls Americans to eastern spirituality?

What basically pulls the rational westerners to India is less known to Indians themselves. It’s shamefully paradoxical. From the early 19th Century, the philosophical literary treasure troves and Yoga of India found more admirers in the foreign lands than at home. Indeed, the philosophy of the “laws of karma” and the presence of all-power-divinity within every being and everywhere — which any human being can realize irrespective of one’s caste, creed, nationality, and color, has intensely stirred the greatest of the great minds of the West. The ancient texts hold out a whole bunch of keys to unlock oneself and know his/her relationship with the Supreme Being which in fact seems very reasonable to the rational Western intellectuals such as François Voltaire, Schopenhauer, F. Goethe, Friedrich Hegel, Ralph Emerson, Henry David Thoreau, Erwin Schrodinger, Niels Bohr, Mark Twain, Alan Watt, TS Eliot, and William Butler Yeats, to name a few.

Further, the complex studies of world-view by Modern scientists are gradually arriving at the same conclusion what the ancient sages of India expounded over five thousands year back that ‘creation and creator are ONE’. Interconnection, inter-relation, and interdependence among every individual particle/object, living or non-living, in the infinite universe — which is among the fundamental tenets of Eastern philosophy. This thought process provided a new light of wisdom to the modern physicists like Schrödinger, Heisenberg, Julius Oppenheimer, Brain David Josephson, David Bohm, and John Stewart Bell et al.

Indian’s contribution to western academia is immeasurable — though deliberately undermined or denigrated in India by a new breed of “ultra-intellectuals”.

TS Eliot, one of the most celebrated poets of the 20th century, asserts: “Indian philosophers’ subtleties make most of the great European philosophers look like schoolboys”.

An India-based writer and researcher, Salil Gewali is best known for his research-based work of twenty-four years entitled “Great Minds…