Here’s How Smudging Has Been Vetted By Science

For thousands of years, smudging has been an integral part of eastern spiritual rituals and Native American holistic medicine. A cleansing practice with ancient roots, it would be used when a person was sick, moving into a new living situation, clearing ‘bad energy’ built up over time, and in other cultural practices. Many cultures believed (and continue to believe) the practice called forth ‘good spirits’ to combat the ‘bad spirits’ in a room or in an individual.

SEE ALSO: Ayurveda And Health: It’s All About Balance

For a long time, skeptics have argued the practice serves no purpose, as they say it’s akin to magic and completely unscientific. And one would think they had a point- until now. The scientific paper entitled “Medicinal Smokes” and published in the Journal of Ethnopharmacology focuses a scientific lens on the practice, which is becoming more and more widely practiced despite skepticism.

It was quite the research undertaking because it included information from over 50 countries! The research looked into herbal and nonherbal remedies applied by the burning of various plants. Predominantly, the use of cleansing smoke is used for lung, brain, and skin, and the smoke also doubled as an air purifier. The purpose of the study was to see whether or not these medicinal smoke deliveries could be explored by western medicine, because “The advantages of smoke-based remedies are rapid delivery to the brain, more efficient absorption by the body and lower costs of production.”

A follow-up paper (most likely done because the first was so compelling) published by the same periodical PudMed showed that in addition to health benefits smudging was a powerful antiseptic.

“We have observed that 1h treatment of medicinal smoke emanated by burning wood and a mixture of odoriferous and medicinal herbs (havan sámagri=material used in oblation to fire all over India), on aerial bacterial population caused over 94% reduction of bacterial counts by 60 min and the ability of the smoke to purify or disinfect the air and to make the environment cleaner was maintained up to 24h in the closed room. Absence of pathogenic bacteria Corynebacterium urealyticum, Curtobacterium flaccumfaciens, Enterobacter aerogenes (Klebsiella mobilis), Kocuria rosea, Pseudomonas syringae pv. persicae, Staphylococcus lentus, and Xanthomonas campestris pv. tardicrescens in the open room even after 30 days is indicative of the bactericidal potential of the medicinal smoke treatment. We have demonstrated that using medicinal smoke it is possible to completely eliminate diverse plant and human pathogenic bacteria of the air within confined space.”

The condensed version: smudging cleared the air of 94% of bacterial populations! A day later it was still disinfected. A month later? The pathogens originally found were still undetectable.

The usual ways of disinfecting air in a hospital uses harsh chemicals for patients who’re already receiving large amounts of processed drugs. It makes an already unpleasant experience that much more harsh. Smudging is a safe, effective, alternative that does a fantastic job of keeping airborne bacteria cleared, and has the added benefit of being natural and safe to use.

Lots of natural remedies like this may be overlooked, simply because skeptics refuse to believe they could work. But having a biased like that could be preventing us from making discoveries that propel us forward in science; after all, just because it’s an ancient custom doesn’t mean it’s primitive. What do you think? Are you more likely to use smudging now after reading the results of this study? Let us know in the comments below!

Check out our Abalone Shell and White Sage Smudge Set! Burn the sage and let its purifying aroma clear your home and sacred space and uplift you. Perfect to burn before spiritual practices and meditation. 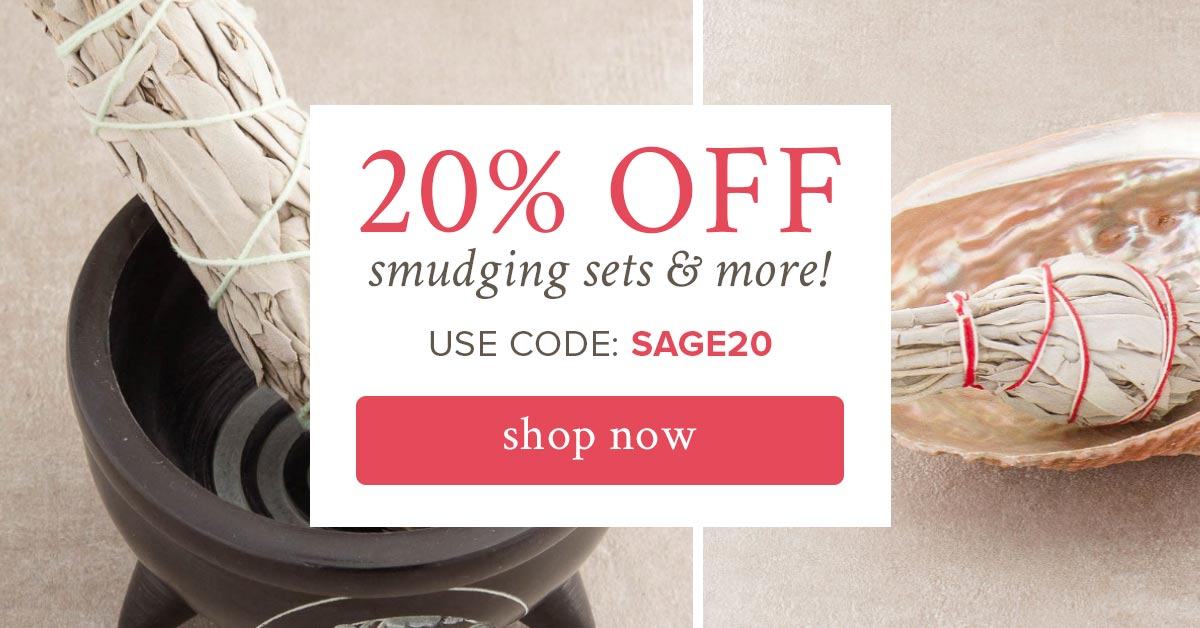