The Symbolism Of Skulls In Hinduism & Buddhism

It’s hard not to be stirred when looking at a human skull. After all, it’s a stark confrontation with the reality that we’re all mortals. Every culture throughout history has had the exact same reaction- and formed their own beliefs and traditions because of it. This is especially true for two of the biggest religions in the east: Hinduism and Buddhism. Known for their deep thoughts about life and death, these two religions have used skulls extensively in artwork and depictions of deities.

In fact, skulls in eastern symbology are so important that they’ve been traced all the way back to the dawn of the Hindu civilization- over 5,000 years ago. So what exactly do they mean to these two world religions?

In India, skulls played a particularly important role in religious depictions. Skulls often adorned ancient gods and goddess as necklaces or bracelets, showing their ability to conquer death. For instance, Nataraja, an incarnation of Shiva, dances the cosmic dance of creation with a necklace of skulls adorning him. The garland of skulls around his neck identifies him as time, and the death of all beings. To the Hindu, this is a natural progression of life; everything moves in a circular fashion.

Life and death are both part of the cosmic drama and are embraced- not resisted. 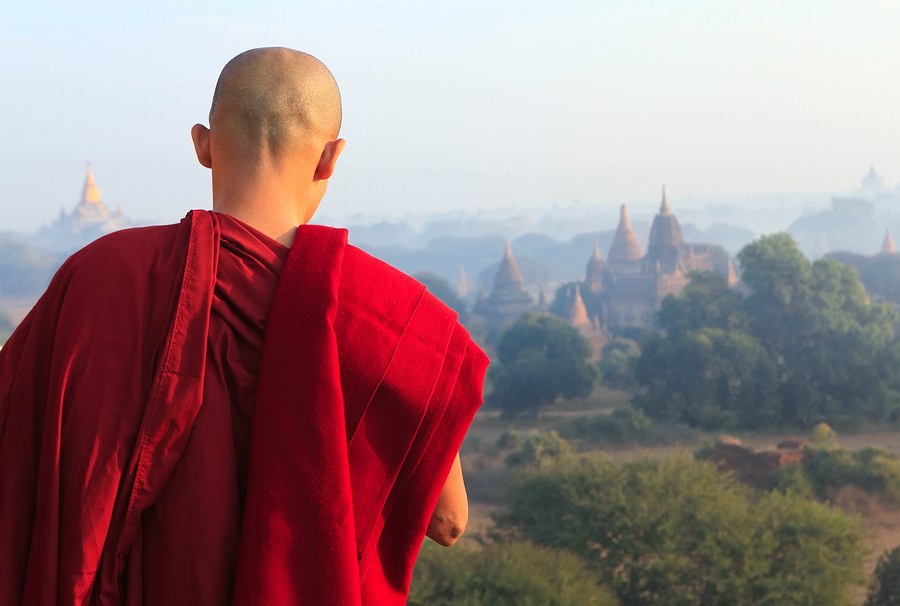 While the representation of skulls in Hinduism is fairly straightforward, Buddhism and Tibetan Buddhism take it a little deeper, with unique perspectives. Similar to Hinduism, skulls are generally depicted as a necklace around a deity. They’re known as munda malas. However, instead of representing death or loss, it represents the important Buddhist concept of emptiness. In Buddhism, emptiness is considered to be a quality of the universe.

This means that phenomena we experience has no inherent nature by itself; instead, we attach meaning to what we experience. It’s basically saying all events are neutral- but we choose to magnify them in our minds. A skull´s four canine teeth are described as symbols of biting through of the four maras (obstructions). Single skulls appear in various forms and functions in Tibetan iconography.

For example, a skull-lamp, which burns human fat, with its tongue burning as a wick, would be described as a purification symbol. The body (skull) is purified by the flames, as are speech (tongue) and mind (fat). This example derives from ancient Hindu cremation rituals. Rather gruesome, but it gets to the point: life is transitory.

While it’s true that skulls are important to many religions and cultures, the eastern fascination with them is totally unique. It could be argued that it’s a bit morbid- and that may be true- but there is a certain quality of serenity to it. Everything in these two ideologies embraces the inevitable conclusion of life and death. But this is to push us to transcend both, and seek a much more satisfying and spiritual lifestyle.