With Every Purchase, You’ll Be Helping Children In Need…
Select a topic
Join the Community or Sign in

With Every Purchase, You’ll Be Helping Children In Need

It’s been a busy time for friends at SevaChild!

From the very start of Sivana, it seemed like there was a small but enthusiastic response, allowing us to grow and offer more high quality products. We have been incredibly lucky and grateful to have such support! But we always felt like something was…off…like we weren’t reaching for our full potential. It seemed like something was fundamentally missing.

This led us to rethink our commitments and ideals. And then suddenly it dawned on us: we weren’t doing enough to give back. So for quite awhile, we’ve been racking our heads trying to come up with a way to do exactly that, looking for something that aligned with who we are and the eastern philosophies we represent.

Sivana wasn’t necessarily founded upon the ideal of giving back- but it’s something we believe is truly important, and part of our eastern roots. After all, such a rich culture and history is worthy of the loftiest ideals and commitments.

SevaChild: Bringing Change to the World

After coming to that realization, we set out to find that special relationship that would be of the most benefit. We looked at all kinds of charities, and of course, all of them were wonderful and inspiring. But none of them really “clicked” in the way we wanted.

That’s when we found SevaChild.

We had been putting out the feelers for some time when this opportunity sorta dropped in our lap, in a very synchronistic way. Unbeknownst to us, a good friend of the Sivana’s owners (who also follows the teachings of Paramahansa Yogananda) started doing charity many years ago in India. He eventually formed a non-profit he called SevaChild– a charitable foundation helping children in India to get vitamin A.

This was fortuitous timing, because one day a coowner of Sivana (Marc) happened to be talking to him and Rick mentioned his new endeavor. Surprised, Marc asked all kinds of questions, and we eventually setup a meeting. Impressed by what Rick was doing, we knew immediately that his organization was perfect for us. 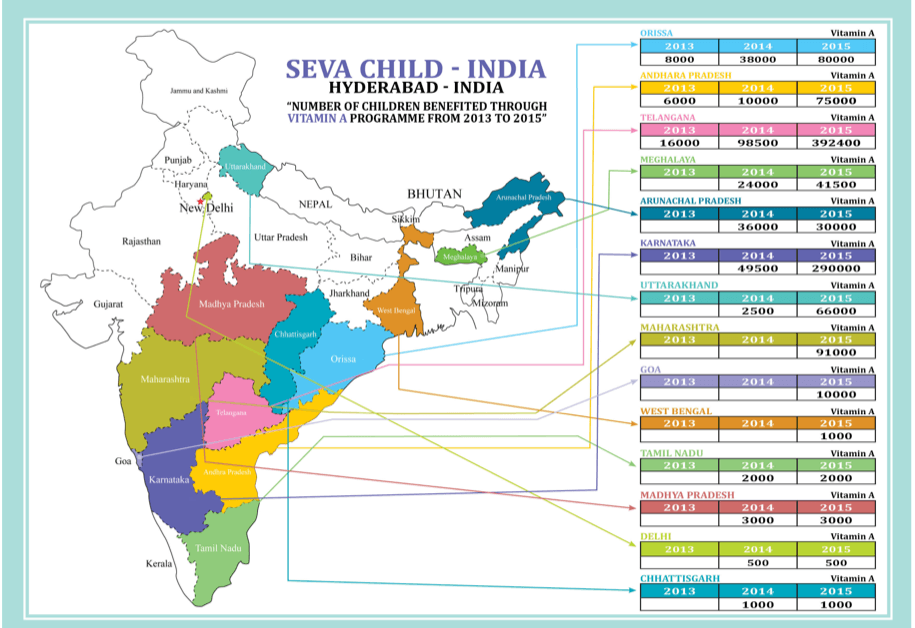 Charity is an interesting and complicated thing, with lots of things to consider. One would think that you could just throw money at a situation and things would improve. But in nearly every case, it’s 100x better to do targeted charity- in other words, picking a particular issue and working to alleviate it.

In this case, Rick smartly chose to help children who have severe vitamin A deficiencies. As it turns out, in the developing world, millions of children with this issue undergo immense suffering everyday. Without a reliable source of vitamin A, they’re prone to become sick, blind, and even die. It’s a deadly serious issue; but luckily it’s highly treatable.

For less than $1 a child can be inoculated against VADD (Vitamin A Deficiency Disorder) for an entire year. This could save a child’s vision, or even a child’s life. This means SevaChild has the ability to make a huge impact while maximizing the charitable contributions and helping those in severe need.

With all this said, we’re excited to announce this incredible partnership. We will be giving a percentage of our total sales to this amazing organization- a continuing partnership we hope will bring health and hope to those less fortunate.

Our vitamin A distribution partners in Southern India had been planning for SevaChild’s founder to arrive for weeks. They had arranged two vitamin A administration events for him to attend.

Rick’s report is as follows:

The first event took place in a rural village called Nayakuni Thanda, about 3 hours drive into the country from Secunderbad in the South Indian state of Telangana. We left early in the morning while the sun was still rising to beat the daily onslaught of big city traffic. Our event coordinator, a professional photographer and a videographer who had both volunteered to film the event accompanied me. Our journeys lead us out of the city and into the increasingly rural and undeveloped Indian out-back.

Finally arriving at the small village of Nayakuni Thanda, we were met by the village parents and elders who performed a traditional welcoming ceremony before we began administering vitamin A to the village children. 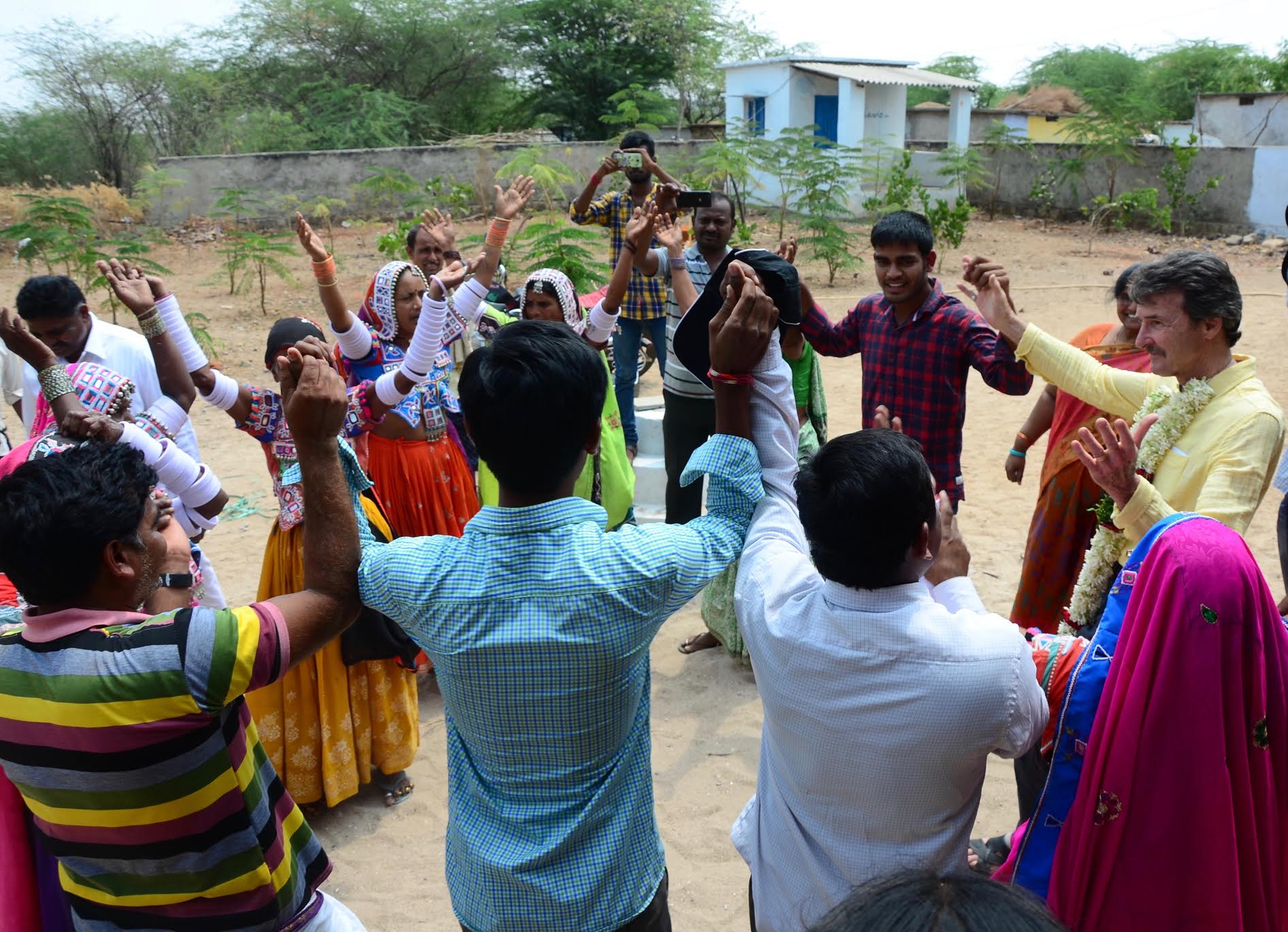 By morning’s end, we had served over 100 village children who otherwise would have gone unprotected from the ravages of VADD disease. 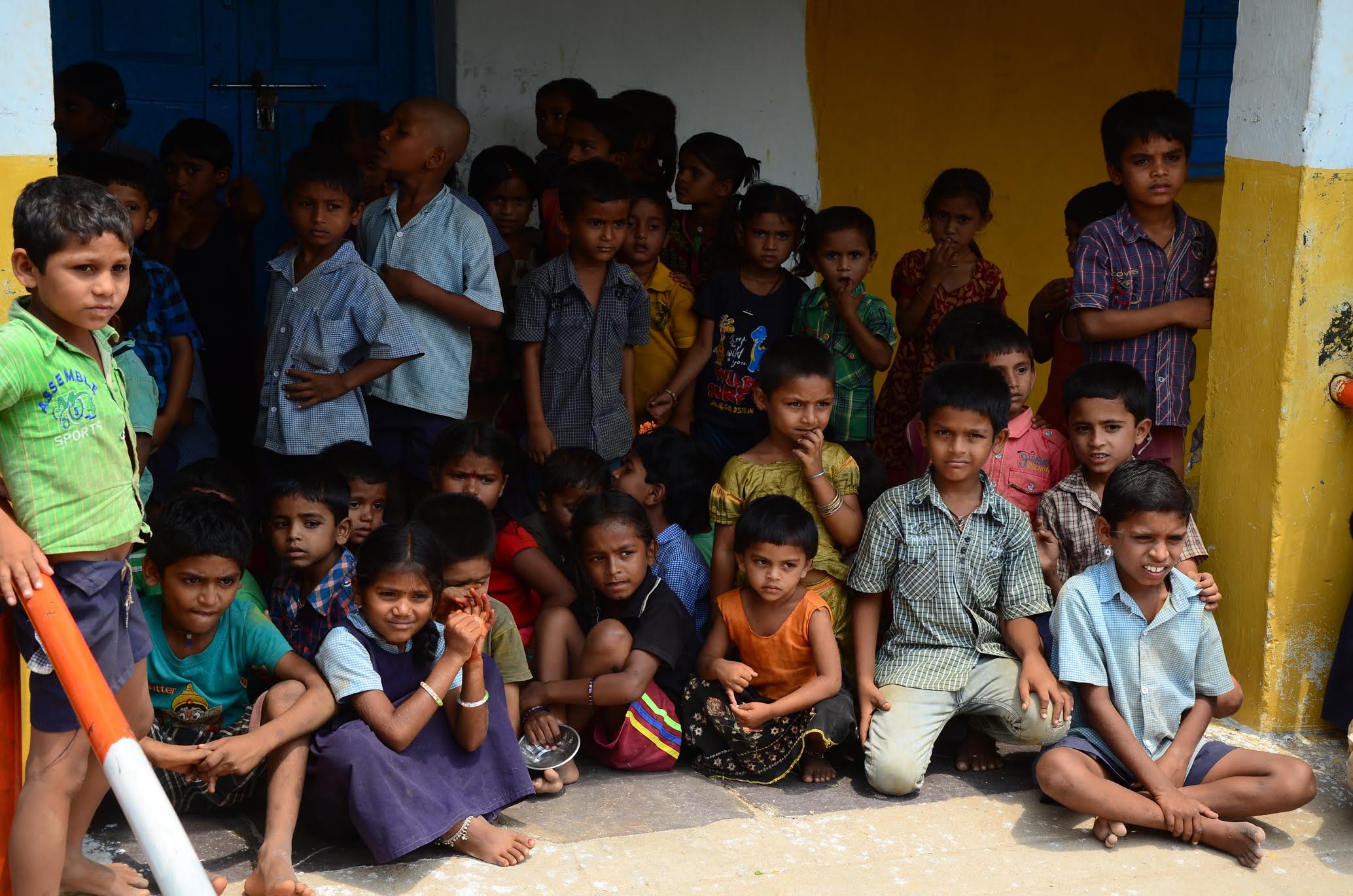 And by the show of thanks from the village parents and the smiling faces of the children, the villagers of Nayakuni Thanda were very grateful we had come. 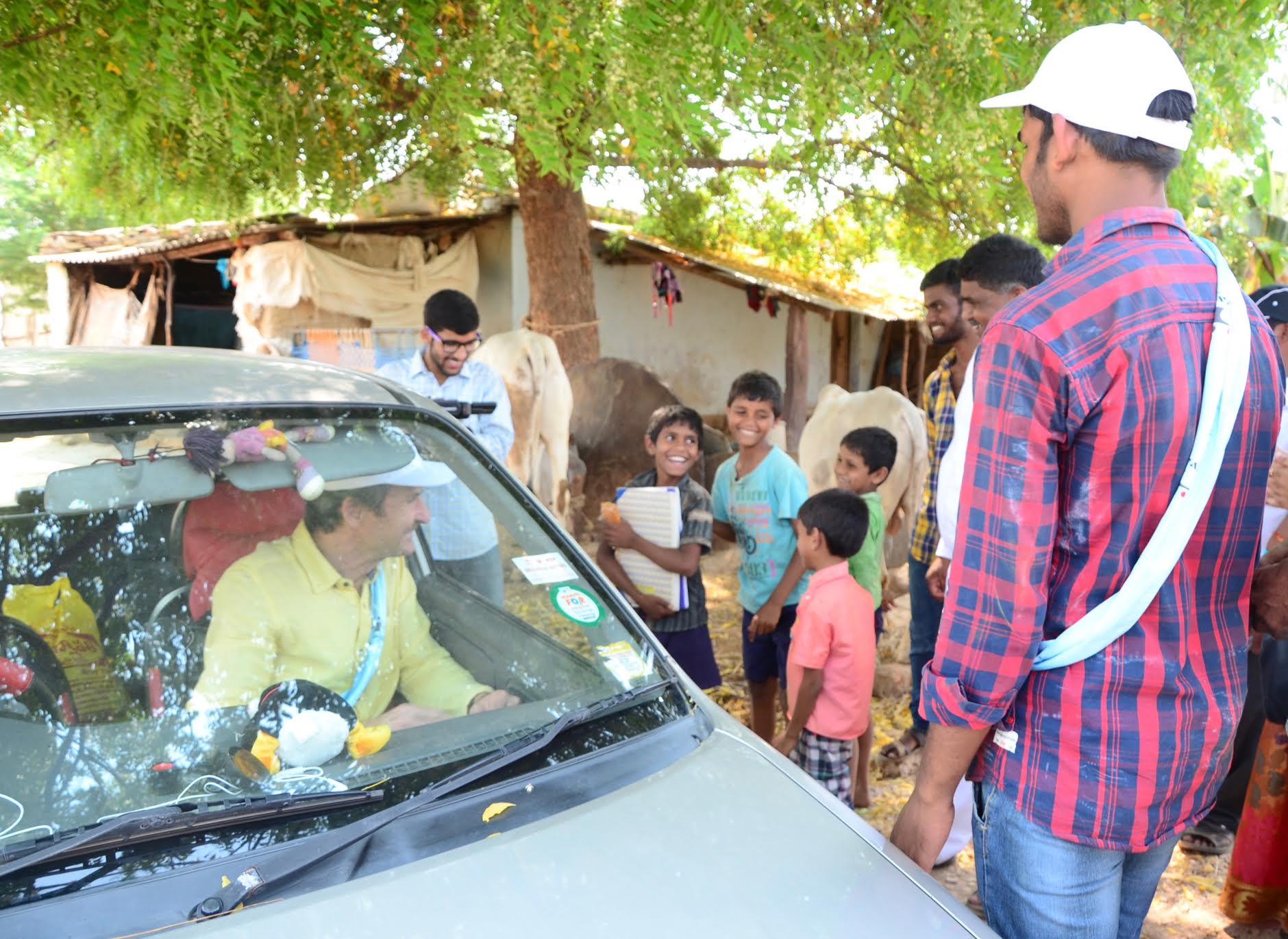 We thought it might be interesting to give a peak into lives of those SevaChild has already touched. 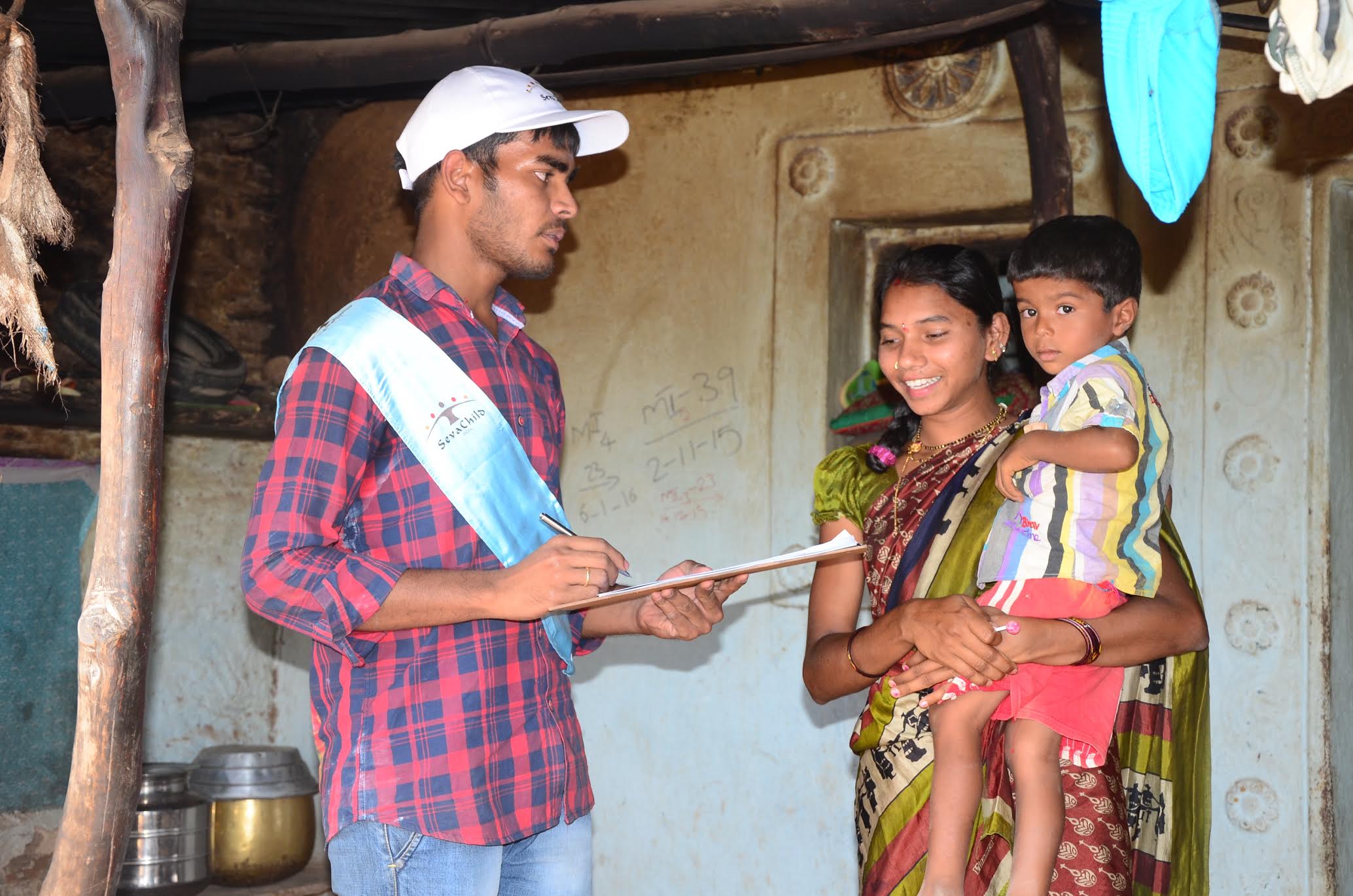 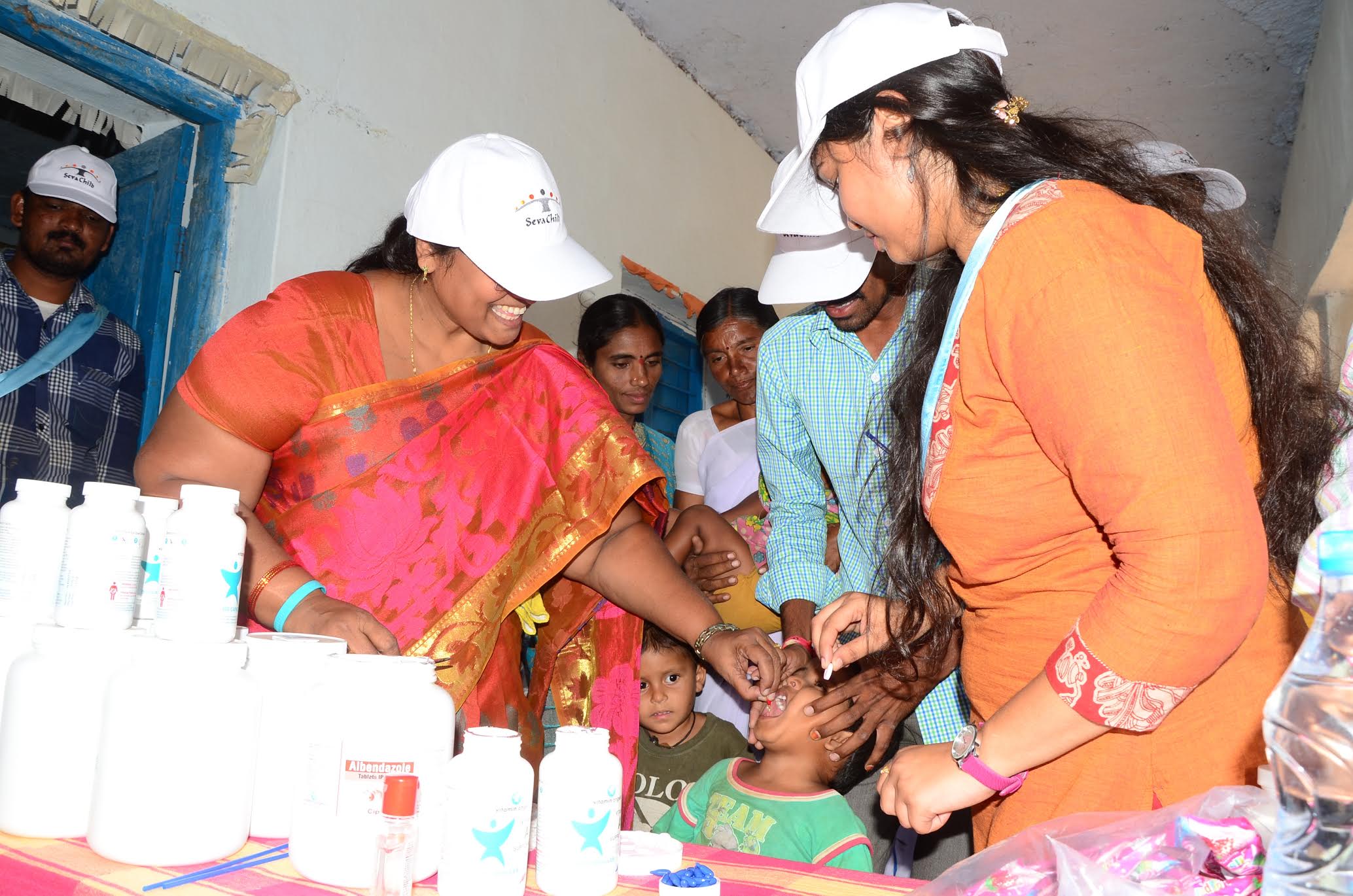 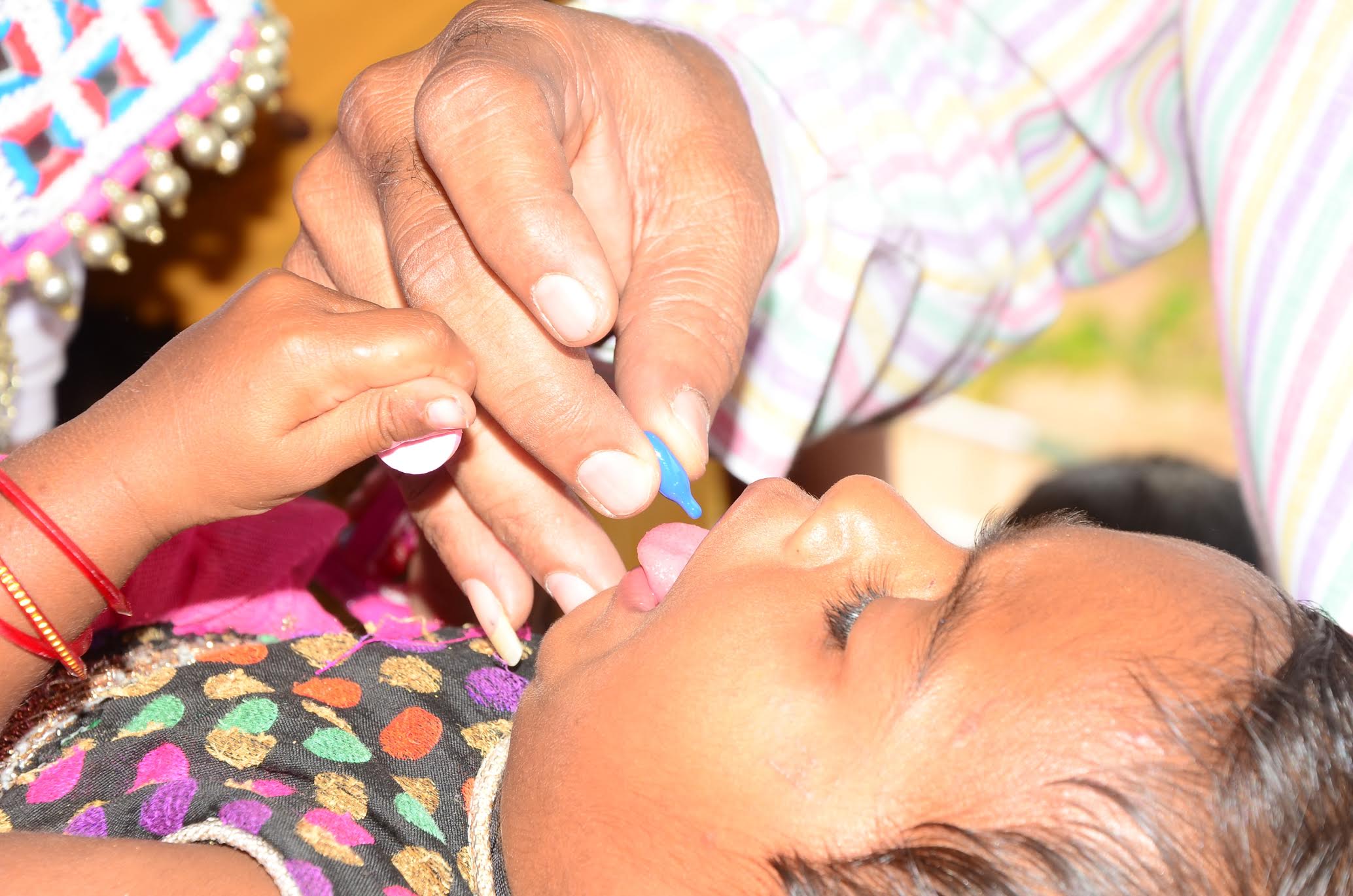