While the anklet does not have a specific symbology in the West other than its status as a fashionable piece of jewelry, it’s an important icon in India, where anklets have literally been worn for centuries. Anklets are an integral part of women’s adornment in the Indian culture. Also known as ‘payal’, they have great spiritual and social significance. Though they have also been found in other ancient cultures of Egypt and the Middle East, Indian anklets have an important emphasis — to the point where they’re being emulated all across the world!

SEE ALSO: Why India Is A Godless Nation

1) When family members sat together and heard the sound of anklets, they would know a woman was coming and would welcome her with respect.

2) Many times, anklets used to be worn by unmarried girls in India. Single women would sometimes wear anklets with small bells that make a very distinct noise while walking, thus drawing attention to the wearer’s feet and legs. What a great way to strike up a conversation and find a husband!

3) Payals are considered to be traditional, and an auspicious gift for the new bride in India. Heavily carved payals, or payals embellished with exquisite meenakari (coloring and ornamenting the surface of metals ), are an all-time favorite gift for the newly-weds. Often, the new bride announces her arrival in her husband’s house with the tinkling sound of these anklets. Sometimes the bride will even put a ring on her middle toe with a connecting piece to represent her marriage.

4) Mostly, Hindu women prefer to wear payals made of silver and not gold. This is because Indians believe gold to be the metal of the gods, and is therefore sacred. To wear it on the feet, the lowest part of the body, is considered to be an ill-omen and disrespectful- unless it’s for a holy gathering, where the feet don’t touch anything dirty.

5) It is widely believed that by wearing a payal, one’s energy is not wasted but re-vibrated back to one’s body. This is because, under the Hindu belief, our feet and hands are emanating energy constantly. Precious metals are thought to prevent the release of this energy, and insulate the person from negative environments. This is the scientific reason for wearing anklets.

Anklets are pretty cool, right?? Check out our awesome collection, full of beautiful pieces that will attract plenty of eyes no matter where you go! 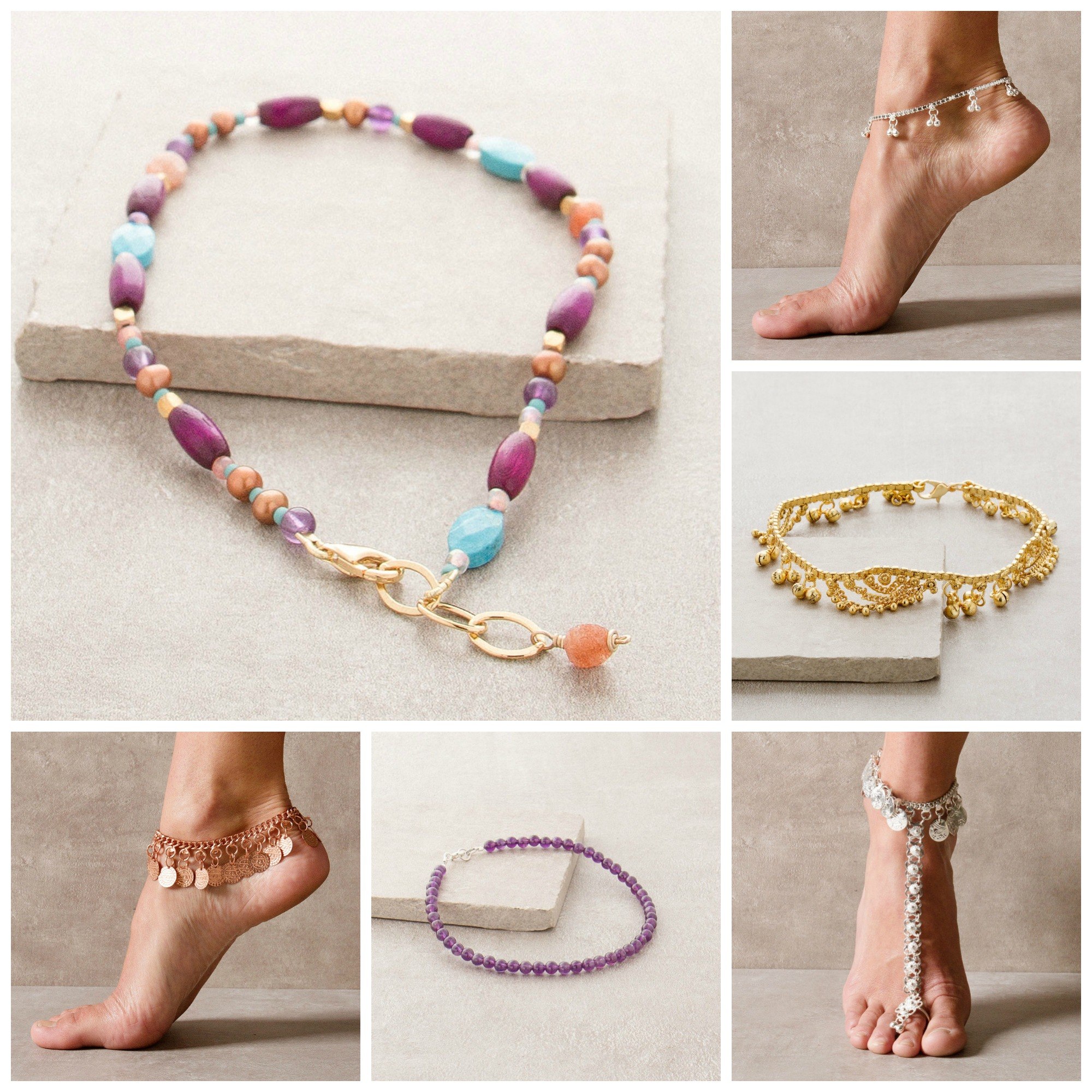