Stephanie Wild is a Spiritualist Minister and certified psychic medium. Also certified in cognitive behavioral therapy and licensed to practice...

The Ego Is Certain That Love Is Dangerous

I Had My Heart Broken Again, Yesterday

Stop Thinking That Forgiveness Means Letting Anyone Off The Hook

Always forgive your enemies. Nothing annoys them so much. – Oscar Wilde

Almost as soon as I decided to do the work required to heal from the trauma I had experienced during my childhood, I hit a blazing wall of fury. I was absolutely enraged because not only had I been wronged, I now had to do all the damn work to heal as well. He should have to do the work. They all should. (Spoiler! They do — I just didn’t know that, then.)

“He” was my father. “They” were my family who coerced me into silence. And “they” were (are?) also all the men who assaulted me, humiliated me and frightened me over the years.

The science teacher who put his arm around me then scolded me when I did it to him; the theater teacher who massaged my shoulders in the dark and denied it; the guy from the party who stood outside my door demanding to be let in until I was too worried about what the neighbors would think to refuse any longer; the boss who licked his lips and raised his eyebrows at my breasts and then got me fired; the boss who didn’t actually ask me to sleep with him but fired me anyway; the guy who blindfolded me and took pictures without permission; the guys who wouldn’t stop when I asked them to; the guys who asked but gave me no choice; the guys who catcalled me; the guys who stared at me from the street so I drove back home instead of going to the concert; the guys who yelled, “you deserve to be raped”; the guys who whistled from the buildings; the guys who…and the list goes on.

SEE ALSO: How To Skyrocket Your Self-Esteem

You don’t have to let it go

So back to my father. People told me to just “let it go”. But when asked, no one could walk me through the process. It was apparently some mystical gift; some wish to be granted; some inscrutable magic. Just “let it go”. Uh-huh. The worst betrayal imaginable. Just let it go, and everything will be alright again: like dropping a rock into a well in some fairy tale.

Nope, no way. That’s not even remotely fair. Over my dead body was I going to let my father off the hook. Cue decades of drinking and debasement. Then, ten years of sobriety and cognitive behavioral therapy. Then, I had some headspace and heartspace for spirituality. Then, my father died.

Some more years went by and then one day, I noticed that I had stopped feeling resentment toward my father.

But I had NOT decided that he should be relieved of the duty to atone for what he did. I had in no way decided that he should not have to pay the piper. I had not let him off the hook. No way. I had not let him off the hook because I knew that he would reap what he had sown. I knew there was no escape for him. Not even in death. I knew it for a cold, hard fact. It wasn’t just a comforting spiritual notion, an abstract idea, or a platitude. I didn’t have to talk myself into believing it; I didn’t have to have faith in anything.

I knew my father would reap what he had sown because he told me.

The spirit world will help 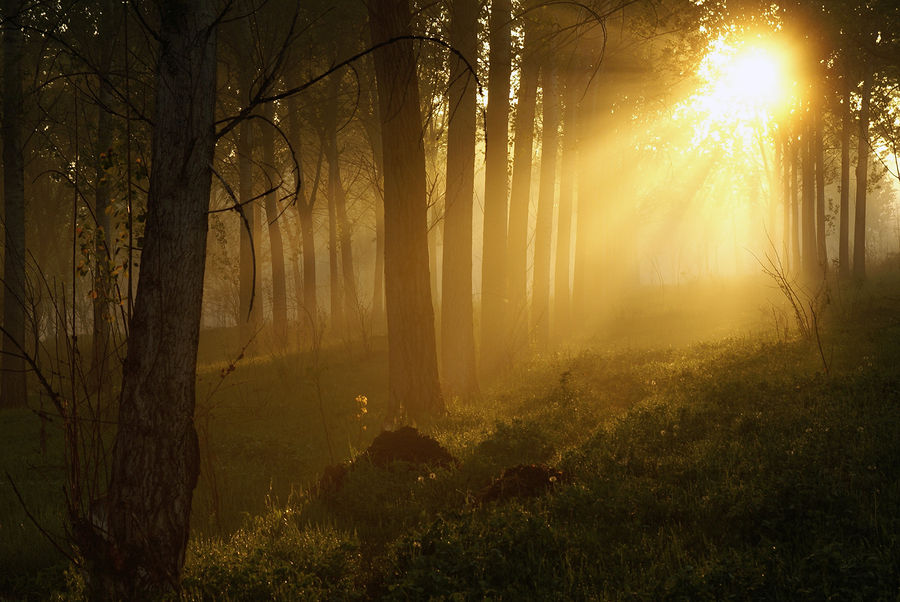 Yes, he was dead when he told me. Yes, I see dead people. Over my years of spiritual practice, I had developed the ability to talk to dead people. It started with me wanting to develop my intuition, that’s all. I figured that enhancing my intuition — listening to that little voice — would help me avoid the slings and arrows of outrageous fortune (by that I mean asshole guys and bad marriages; the bad marriages are a subject for another post).

Turns out, intuition is the doorway to the world beyond the veil; the spirit world. So, as my intuition grew stronger and I developed it more and more, I found that I could see dead people (and hear them and speak to them). For a short while, it felt like I was making it up, but the evidence that it was really happening was glaringly bright. I have a background in law, so I required evidence before I would even believe my self. Evidence comforts me. I would pick up on all kinds of details and be able to identify people on the other side to the satisfaction of whoever was asking.

Anyone can communicate with spirit people. It takes diligent practice, an open mind, and an open heart. And it’s not so scary when you’re a grown-up. In fact, I recommend it. Dead people have a valuable perspective to share. Now I communicate with them every day. Dead people and other spirits, too.

Yes, my father was dead when he told me that he was “not who he thought he was”. That he was “not a good father”. And he was not terribly happy about being told to consider a point of view other than his own. He was sorry to realize he was going to have to go through some very uncomfortable spiritual atonement. He was going to have to do the work — just like I thought he should. He was not going to be let off the hook. Not by a long shot. His spirit guides on the other side with him were making very sure of that.

Can you spell, schadenfreude? (I may be a spiritual teacher, but I am not a saint.) It was so good to actually know for a fact that no one gets away with anything. Some people call it karma. Some people call it cause and effect. Whatever you call it, it’s a universal law and it’s real. No one gets away with anything. We must all learn our lessons.

It ends with happiness

Stephanie Wild is a Spiritualist Minister and certified psychic medium. Also certified in cognitive behavioral therapy and licensed to practice…