The Letter That Changed The History Of Civil Rights — Forever

Without question, Gandhi is one of the most revered figures in history. Almost viewed as a saint in India, his legacy has become one of peaceful resistance to injustice. Gandhi began his activism in South Africa in the early 1900s after seeing the way he and other minorities were treated by racial class systems instituted by the British. After returning to India, he began to practice an ascetic lifestyle by dressing in the traditional garb of the Hindu faith — a homespun loincloth and shawl made from Indian cotton. Having firmly decided to fight the British rule of his beloved country, Gandhi instigated one demonstration after another, spending significant time in jail and whipping up strong support from his fellow countrymen. After the British finally left in 1947, Gandhi continued to work toward peace between Muslims and Hindus until he was shot to death in 1948 by a Hindu fundamentalist.

Gandhi’s example far outlived him, however, and eventually inspired one very important man: Martin Luther King Jr. MLK went on to radically change the way the US treats people of color using this very same methodology of nonviolent resistance.

But this philosophy of peace wasn’t created by Gandhi completely on his own. In fact, it’s not certain he was going to make ‘resisting the British’ the focal point of his life — that is until he talked with the great philosopher, Leo Tolstoy.

The Letter that Changed the World

During Gandhi’s time in South Africa, he became disenchanted with the idea of British rule. But he didn’t know what to do. After a while, he began making connections with others and started his own South African newspaper, called Indian Opinion. In it, he and many others dissented from British rule.

At the same time, another newspaper called Free Hindustan (located in India) also published voices critical of the British. But in 1908, Taraknath Das, the editor of the paper, reached out to Leo Tolstoy for support in independence from British rule. Deeply moved, Tolstoy wrote a lengthy letter titled ‘Letter to a Hindu’ in response which was published in Free Hindustan. You can read it in its entirety here, but this is a poignant excerpt:

“Love is the only way to rescue humanity from all ills, and in it you too have the only method of saving your people from enslavement. In very ancient times love was proclaimed with special strength and clearness among your people to be the religious basis of human life. Love, and forcible resistance to evil-doers, involve such a mutual contradiction as to destroy utterly the whole sense and meaning of the conception of love. And what follows? With a light heart and in the twentieth century you, an adherent of a religious people, deny their law, feeling convinced of your scientific enlightenment and your right to do so, and you repeat (do not take this amiss) the amazing stupidity indoctrinated in you by the advocates of the use of violence—the enemies of truth, the servants first of theology and then of science—your European teachers. You say that the English have enslaved your people and hold them in subjection because the latter have not resisted resolutely enough and have not met force by force. But the case is just the opposite. If the English have enslaved the people of India it is just because the latter recognized, and still recognize, force as the fundamental principle of the social order. In accord with that principle they submitted to their little rajahs, and on their behalf struggled against one another, fought the Europeans, the English, and are now trying to fight with them again. A commercial company enslaved a nation comprising two hundred millions. Tell this to a man free from superstition and he will fail to grasp what these words mean. What does it mean that thirty thousand men, not athletes but rather weak and ordinary people, have subdued two hundred million vigorous, clever, capable, and freedom-loving people? Do not the figures make it clear that it is not the English who have enslaved the Indians, but the Indians who have enslaved themselves?”

When Gandhi read this, he was deeply moved. Subsequently, he reached out to Tolstoy, and what resulted was a lengthy dialogue that shaped and solidified his path of peaceful resistance to the British. Sure, before this point Gandhi had a few demonstrations, but it was not yet the central focus of his life.

Correspondence Between Gandhi and Tolstoy 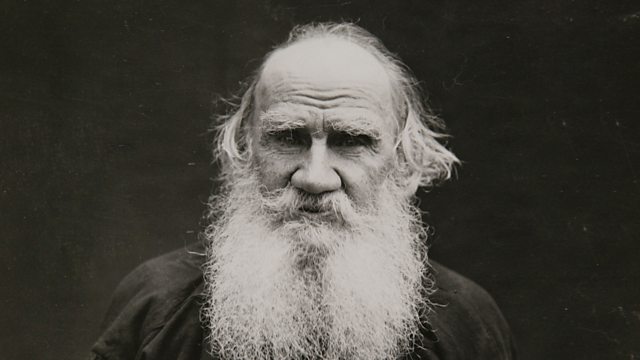 While there weren’t a plethora of letters exchanged between the two, in what letters we have, we can see the powerful intention behind them.

Tolstoy’s last letter to Gandhi was especially compelling. This segment is known as Tolstoy’s Laws of Love:

“The longer I live – especially now when I clearly feel the approach of death – the more I feel moved to express what I feel more strongly than anything else, and what in my opinion is of immense importance, namely, what we call the renunciation of all opposition by force, which really simply means the doctrine of the law of love unperverted by sophistries. Love, or in other words the striving of men’s souls towards unity and the submissive behaviour to one another that results therefrom, represents the highest and indeed the only law of life, as every man knows and feels in the depths of his heart (and as we see most clearly in children), and knows until he becomes involved in the lying net of worldly thoughts. This law was announced by all the philosophies- Indian as well as Chinese, and Jewish, Greek, and Roman. Most clearly, I think, was it announced by Christ, who said explicitly that on it hang all the Law and the Prophets. More than that, foreseeing the distortion that has hindered its recognition and may always hinder it, he specially indicated the danger of a misrepresentation that presents itself to men living by worldly interests- namely, that they may claim a right to defend their interests by force or, as he expressed it, to repay blow by blow and recover stolen property by force, etc., etc. He knew, as all reasonable men must do, that any employment of force is incompatible with love as the highest law of life, and that as soon as the use of force appears permissible even in a single case, the law itself is immediately negatived. The whole of Christian civilization, outwardly so splendid, has grown up on this strange and flagrant- partly intentional but chiefly unconscious-misunderstanding and contradiction. At bottom, however, the law of love is and can be, no longer valid if defense by force is set up beside it. And if once the law of love is not valid, then there remains no law except the right of might.”

As we all know, Gandhi changed the course of Indian and British history by forcing the imperialistic nation to leave. Using a philosophy of love, Gandhi ousted one of the most powerful countries in history, shocking the world. A new example was set.

With a precedent made, it was no wonder that oppressed peoples in America came to know Gandhi’s teachings and the power they held. With blacks held down by institutional racist policies and practices, it didn’t take MLK long to realize it was the ultimate weapon to fight against the system of segregation that was so entrenched in America. Needless, to say, he was triumphant.

MLK had this to say about the Gandhian methodology:

“In the summer of 1956 the name of Mahatma Gandhi was well-known in Montgomery. People who had never heard of the little brown saint of India were now saying his name with an air of familiarity. Nonviolent resistance had emerged as the technique of the movement, while love stood as the regulating ideal. In other words, Christ furnished the spirit and the motivation while Gandhi furnished the method.”

The Worldwide Effect on Civil Rights

History is replete with violence and examples of war’s catastrophic destruction across the globe. But perhaps we can take solace in the fact that some of the biggest ‘wins’ of the 21st century came not from the size or destructive power of weapons, but the human spirit. Because of the examples of these great men, nonviolence has become the tool used by those who wish to affect positive change in a world that so desperately needs it. A tool that, without a shadow of a doubt, is both spiritually righteous and morally sound.

Moreover, statements of a nonviolent doctrine are in each of the major world religions, from Buddhist prohibitions on taking life to Taoism’s invocations of water wearing away rock, to Mohammed’s ban on violence in his model society at Mecca, to Moses’ “Thou shalt not kill”, Jesus’ “Turn the other cheek.” and of course, the Hindu principle of ‘ahimsa’ or ‘doing no harm’.

As we move forward as a species and a people, we may find the power of love to transform the world is limitless. Certainly, as Tolstoy pointed out in his Letter to a Hindu, a small group’s ability to control a much larger group can only happen when the latter accepts it — and so ultimately they can shake it off when they so choose.

If you can, I highly recommend you read Tolstoy’s The Kingdom of God is Within You, Gandhi Autobiography: The Story of My Experiments with Truth, and The Autobiography of Martin Luther King, Jr.