Stacy Lee Hoch, MA, CLC is the self healing sherpa, chakra centered psychotherapist and life coach, behind every woman’s must...

Even If You’re Not Influential, You’re Influencing Everything Around You

Your Mind Can Cure Your Body

A psychology student of mine handed me an absence excuse from the ER. She’d been out of class for a week, apparently in the hospital getting poked and prodded, tested and tried with antidepressants (though she swears she’s not depressed from medical doctors) who’ve diagnosed her with Cyclical Vomiting Syndrome. It’s what it sounds like. At random, she’ll vomit profusely, sometimes for days on end and wind up hospitalized for dehydration. It took me five seconds to recognize what (according to her) every other professional who looked at her case, seemed to miss. What she needs is a damn good therapist, not another doctor.

“Oh!” I said with a smile, never having heard of such a disorder, “This only comes up because at one point in your life you thought it’d be far easier to puke than to actually face something.”

“My God,” she said, “You just hit the nail on the head. When I was in elementary school, I didn’t want to go to gym, so I’d make myself puke. No one’s ever brought this up for me before but it’s so true!”

To me, the pattern seems obvious. To her doctors, decades still don’t make sense of this. Her problem isn’t that she’s throwing up, it’s that she’s deeply afraid to “show” up. Every time her subconscious mind feels afraid it can’t/won’t be able to follow through, her body does what it believes is the solution to her problem, and makes itself puke, in an avoidance pattern.

Manifesting in the Physical

Behavior that was once a solution to what the subconscious felt was a bigger problem, manifested so deeply into the body that the solution itself, is now, her “actual” problem. Medical doctors are trying put a gauze pad over a symptom that started out as a band-aid to a much deeper wound than meets the eye. One that she doesn’t actually let herself see (her feelings of inadequacy and insecurity of her ability to show up) because the second the feeling comes up, her body responds by puking it out rather than making her feel it, in order to keep her safe.

Her solution to overcome her fears of inadequacy is now a symptom that feels out of control in the body. Of course, the overwhelm of a new college semester, triggered her response pattern. We all do this to a degree, though maybe not as extreme. If you have a really good doctor in cases like this, rather than pumping you with pills, prodding you with tests, they’ll see the mind expressing itself eloquently through the body, and send you to a really good practitioner who’ll be able to facilitate a reconstruction of the story that’s so habitually communicated in the body that has your subconscious mind insisting it’d be easier to throw up, than to show up.

Herein lies the case of an old belief that once served us, no longer serving us but stifling us. We’ve all got them.

The path for her healing doesn’t exist outside of her. Giving her drugs is like putting the most vulnerable, infantile part of her in a room within herself to cry alone and padding the room so heavily that it walls the parts of her that have the ability to actually nurture the baby, off from the sounds of its asking. Giving her drugs will only prolong her sense of separateness because they imply there’s something outside of her she needs.

What’s actually being asked of her, is to honor the part of her that feels too afraid to show up, nurture it, and rewire the story that it’d be easier to throw up than to show up. This can’t be done from any place other than within her. If I didn’t heal myself from a lifetime of grand mal seizures, of herpes, and HPV by use of the mind alone, I would still be sitting in a doctors office sick and tired of being sick and tired, given more pills to alleviate the symptoms of pills that “may” cure me, waiting for something outside of me to take responsibility of my cure. Those vibes are heavy and dark times that in my case, led me to my own light. 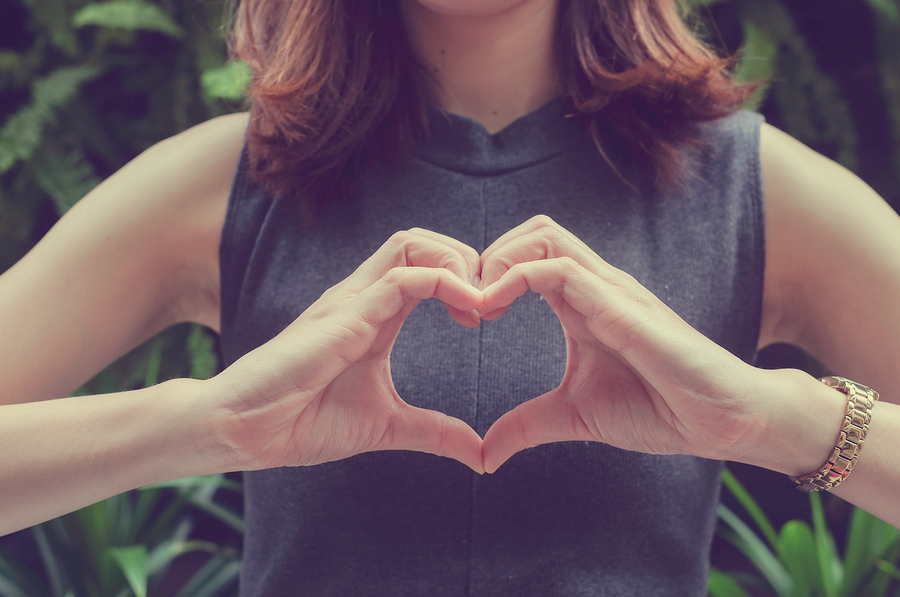 Our subconscious mind is programmed at ages when we were far too young to make executive decisions about what the events in our lives actually mean. Most of us capped out at our parents projections of their own sense of limitation onto us. Most of us will enter into adulthood carrying with us, the faulty beliefs of a child, written on us in the cellular memory of a body that stored away information we didn’t want the mind to feel.

Our road to healing, is on our route to the heart, not the Emergency Room. I’m not negating medicine, or medical doctors. I have no doubt mine would’ve drawn this correlation as quickly as I did, but even as a psychotherapist, to be served in the system (as far as collecting insurance) a therapist must adhere to a sickness model by diagnosing a perfectly healthy though not-easily-adjusted person, with a mental illness before treating them. Our current model requires sickness to sustain itself.

Doctors too, in order to treat the way they’re taught, are trained to see problems in a medical model which negates the innate intelligence of the body they’re prescribing to.

Here, the doctor is seen as superior to the body and then if they can or they can’t (either way) cure the “inferior” body, the body must be “inferior” and thus a vicious cycle of mind and body inferiority patters ensue, all the while, the superior intelligence of the body is being poked and prodded to find one thing everyone’s missing: it all started within the mind (of) the body, and will never, ever be fixed without its cooperation. The best treatment in the world, won’t work if the subconscious mind finds a safety net in sickness. And a lot of our subconscious minds most definitely find safety in sickness, in sadness, in hiding, in lack, in blame. It averts our eyes to a lesser thing rather than blinding ourselves in the light of our greatness in the face of risking our own success by actually showing up.

The same amount of energy it takes to sustain being sick and tired, can be redirected into a focused responsibility of exercising your strength rather than believing in your weakness. If you’re constantly in route to the doctors, maybe it’s time you consider a different approach.

Psychotherapy. It can heal the body too.

Stacy Lee Hoch, MA, CLC is the self healing sherpa, chakra centered psychotherapist and life coach, behind every woman’s must…