The 4 Things You Need To Know About Vedic Astrology

5 Things You Didn’t Know About Yantras

Yantras have been used for thousands of years in the east and have been the obsession of countless yogis throughout history. Even today, people with almost zero knowledge about these beautiful pieces of art become transfixed by them, often stopping to stare in art galleries.

But what kind of true significance do yantras have? What is their hidden meaning?

SEE ALSO: Buddhism And Hinduism: The Similarities And Differences

1) It’s not merely symbolic; the geometry, sages say, appeared to self-realized yogis in samadhi (the highest state of meditation). It is said to be the geometric representation of the most sacred sounds in the Universe.

2) ‘Om’ sounded in tonoscope (an instrument used to create patterns corresponding to different sounds) creates a geometric pattern similar to that of a Yantra. 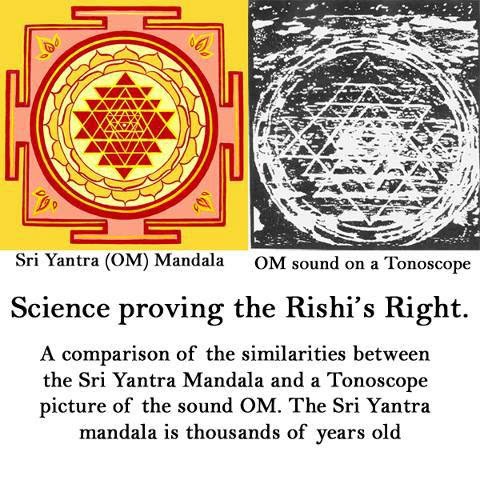 Sometimes it’s crazy when you see something like this. Science and spirituality coming together in unexpected ways! And no, I don’t think this is a coincidence. It looks exactly as the sages claimed: they saw this symbol in the deepest state of meditation

3) The center is formed by 5 downward triangles and 4 upright triangles, a representation of female and male principles.

4) Yantras represent the pilgrimage for a yogi; with each step, the yogi comes from outside themselves to the inner sanctum.

Yantras map a seeker’s spiritual journey from the earthly plane to final enlightenment. That means shifting the awareness from the outside to the inside. The middle of the yantra represents the center of the Universe, the place of origin and unity where one merges with the supreme consciousness.

5) The Sringeri Temple has an impossibly perfect Yantra. 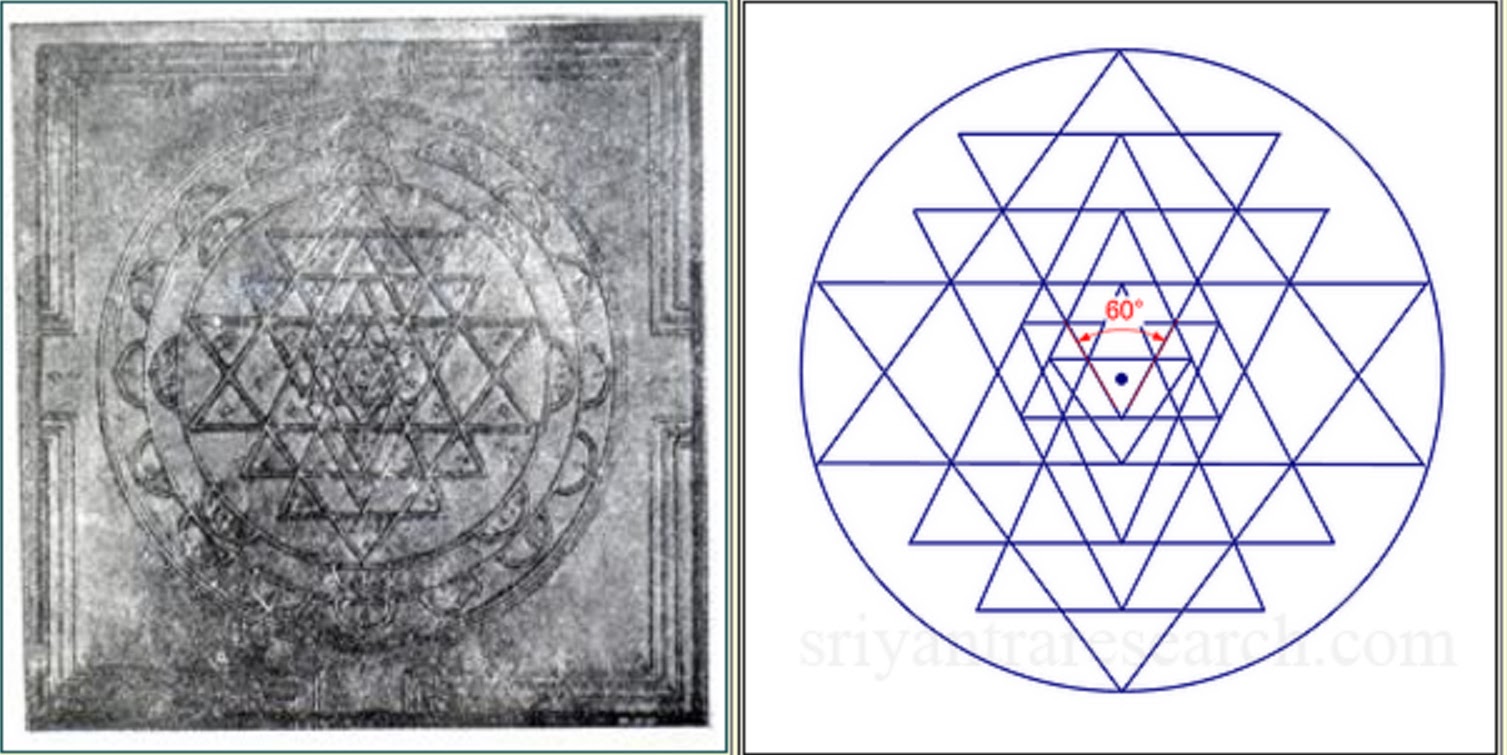 The Sringeri Temple is the first matha (center of religious studies) set up by Adi Shankaracharya. Shankaracharya was an important reformer in the 8th-century C.E. This is particularly amazing because their ability to create this artwork was extremely limited and mathematically very challenging. It’s not understood how they created it without the Fibonacci series.