The Science Of Meditation

For the first time in human history, meditation is en vogue. Apps, classes, and retreats make the once-esoteric practice easily accessible today. But what is meditation, and how does it really work? Telles et al. (2014) published a well-designed fMRI study that examined the brain activation of experienced meditators as they progressed through the traditional stages of meditation, from random thinking to pure meditation. They found that in meditation, experienced meditators activated three areas of the brain correlated to memory processing, attentional control, and detachment, leading the authors to conclude that in meditation, the brain more efficiently sustains attention, allays impulses, and redefines reward gratification through learned detachment.

The same was not true of less experienced meditators, even though they had the same training and had been practicing for at least 40 minutes a day, 6 days a week, for 18 months. Their brains appeared to be doing the same work whether they were thinking randomly or engaged in their meditation practice. So what does this mean? How much do we need to meditate to actually change our brain? How long do we need to practice before we experience the benefits of sustained attention and mental clarity? Let’s break down the elements of the study to see what the authors actually uncovered.

Meditation, as we know it today,y comes from the ancient texts of India, which described meditation as the path and process of yoga. The Bhagavad Gita states that “those who aspire to the state of yoga should seek the Self in inner solitude through meditation” (6:10). In teaching how to meditate, the original instructions are simply to sit in a clean spot, strive to still the thoughts, and use constant effort to make the mind one-pointed. Several hundreds of years after the Gita was written, an Indian prince achieved enlightenment through meditation and went on to found Buddhism, a tradition that has codified and popularized meditation in its own unique way. Yoga, too, has evolved over the past 2500 years and today, both Yoga and Buddhism offer useful perspectives to meditation as mental training.

Most yogis describe meditation as it is in the Gita:

The instruction is, to sit every day, in a good posture, for a regular length of time… watching, patiently, whatever comes up within us — that is the practice. With time, consciousness becomes clearer, sharper, and deepens into itself. (Orit Sen-Gupta; Vijnana Yoga, 2009).

Buddhists tend to use more modern language to describe the same work:

Meditation is the focusing of the mind, a clear observation of a chosen object of attention, often with concentration, often with mindfulness, but in a more sustained and focused way than ordinary, and with more potential and power (Jay Michaelson; Evolving Dharma, 2013). 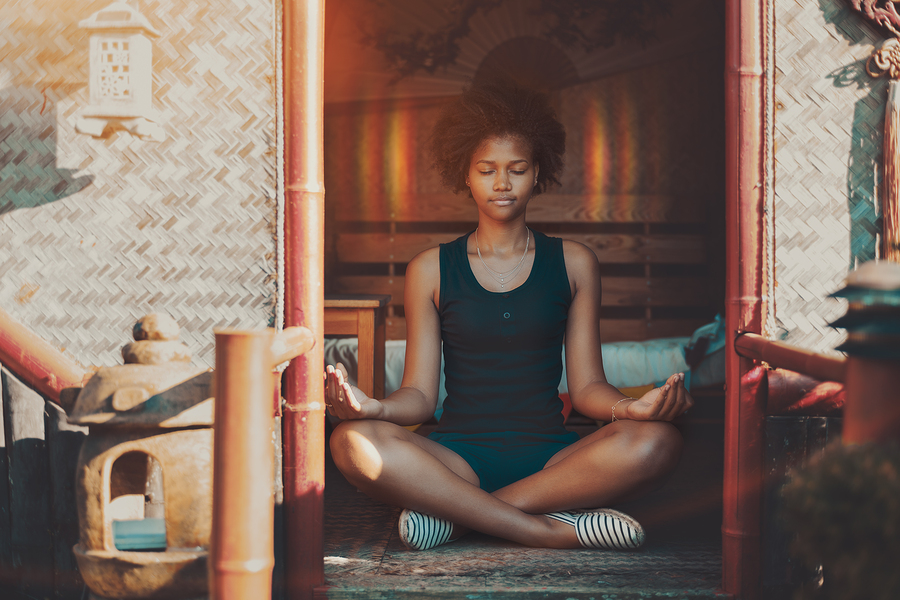 Both yoga and Buddhist traditions describe sequential stages of meditation that are different from normal thought:

The word meditation is a much used word these days, covering a wide range of practices. In Buddhism it designates two kinds of meditation — one is called ‘samatha’, the other ‘vipassana’. Samatha meditation is one of concentrating the mind on an object, rather than letting it wander off to other things… In insight meditation [vipassana] you are opening the mind up to everything. You are not choosing any particular object to concentrate on or absorb into, but watching in order to understand the way things are. (The Meditation of Venerable Ajahn Sumedho; 1987)

Telles et al (2014) used neuroimaging to examine the stages of meditation as described by Patanjali’s Yoga Sutras: first is concentration, or focused thinking (dharana), which then leads to pure meditation (dhyana), described in this study as “uninterrupted flow of the mind”. These two stages parallel the Buddhist stages described above, reflecting the fundamental understanding that our average daily thought can be trained first to become a focused, concentrated thought which can then become a state of undifferentiated clarity.

Describing the mind in terms of “flow” and “purity” can seem vague and unmeasurable. Telles et al designed an elegant study to delineate the neurological correlates of meditation (dhyana) as compared to random, unfocused thought.

Participants were divided into two groups: those with 7 years of daily meditation experience (3 hours; 6+ days/week), and those with 18 months of daily meditation experience (40 minutes; 6+ days/week). All participants were trained at the same ashram in Bangalore, India (close to where this study was conducted), and, interestingly, none of them were paid for their time. Of the 26 study participants, 10 were experienced meditators, 16 were new meditators, and only 1 was female. (The authors did not comment on this gender skew but I presume that India’s female meditators are busy running their peaceful households while the men are volunteering in fMRI scanners.)

For an entire month prior to the study itself, each participant visited the lab for training sessions for 5 days each week. In these practice sessions, the participant laid in a “mock scanner”, going through the study design exactly as planned for the imaging session itself. These are the four conditions they practiced:

On the day of the study, each participant was scanned in an MRI machine for two runs of each of the above four conditions, in the same sequential order as listed above.

The authors did not state whether the random thinking recordings were exactly the same each time, though it seems to be an important point. Anyone who had listened to the same two minute long “random” sequence twice a day, five days a week, for four weeks, would probably have memorized the dialogue enough for it to no longer count as “random thinking” or even as “random city noise”, both of which are unpredictable and highly variable in real life. But, one strong point of the study is that behavioral data was collected: each participant reported that they felt that they successfully created the conditions of “random thinking” and later “pure meditation” while in the scanner. And considering that the subjects gave their time freely, perhaps they were honest in addition to being altruistic. 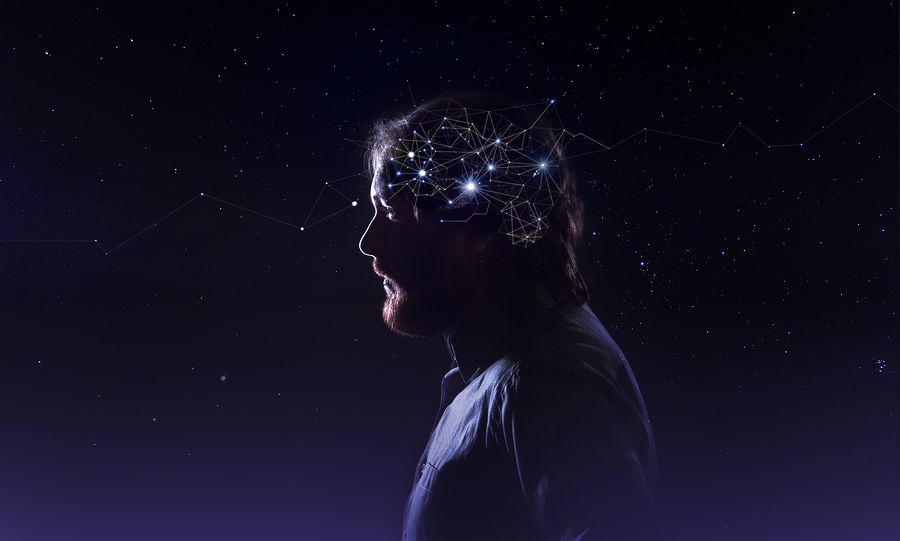 According to the results of this study, there are no observable differences between meditation and other mental states for less experienced meditators. The authors did not comment on this in their paper, other than to say that this is because the subjects haven’t been meditating for long enough, but that seems unconvincing and perhaps inaccurate. Practicing meditation for 40 minutes daily, 6 days a week, for 1.5 years, seems like a dedicated practice by any standard, and their discipline in continuing their practice is likely correlated with their experience of the benefits of meditation.

Considering this perspective, it is possible that the data acquisition method of this study was not sensitive enough to pick up the changes in these less experienced meditators. While they used a 3.0T scanner, the industry standard, they used an 8-channel head coil and had a TR of 3000 (i.e. three seconds passed between each fMRI image taken), which will not give the most precise data acquisition possible today.

That being said, there were differences observed in the brains of experienced meditators. The main findings of this study are:

These images show three “hot spots”. These areas were found to be more active during meditation than during random thinking:

The authors interpret these results as demonstrating that the brains of experienced, dedicated meditators are able to shift attention, detach from emotions and reward circuitry, and maintain attention without effort. These results are consistent with the teachings of Yoga and Buddhism, in a beautiful convergence of science and tradition.

[One note that was not addressed by the authors: two of the “hot spots” were in the right hemisphere, and another in the left. The laterality of the findings are difficult to explain; why would two areas of the right hemisphere and one area of the left hemisphere be involved in meditation? It would be interesting if the authors had also collected DTI (Diffusion Tensor Imaging) data to determine the white matter network changes that occur over years of daily meditation.]

Do I have to meditate for 3 hours a day for 7 years for anything to happen?

Well, yes, and no. According to this study, yes. But considering the details of the study itself, it would be valuable to repeat a similar study with more advanced fMRI data acquisition techniques, as well as DTI to determine connectivity patterns, not to mention a group of participants that includes women. Though there are limitations to this fMRI study, their findings support the theory developed 2500 years ago by ancient Indian yogis armed only with the technology of their minds and mediations. The take home message of this study is: continue to practice concentration and meditation, with dedication, and over time your brain will develop the ability to choose when to become more attentive, and less reactive to rewards and emotions.

Does that mean higher consciousness and ultimately, bliss? That’s for you to discover.