Mandalas: A Symbol For The Ages…
Select a topic
Join the Community or Sign in

Mandalas: A Symbol For The Ages

Mandalas are one of the most recognizable eastern symbols known in the world. Their beautiful patterns and colors are something that attracts you and draws you right in…so much so that the pattern crosses cultural and religious boundaries. Originating from Indian traditions, the term “mandalas” comes from the Rig Veda as the name of sections of work or chapters.

But in a more generic use, the Mandala has come to be known as a word for a chart or geometric pattern that represents the universe symbolically or metaphysically. 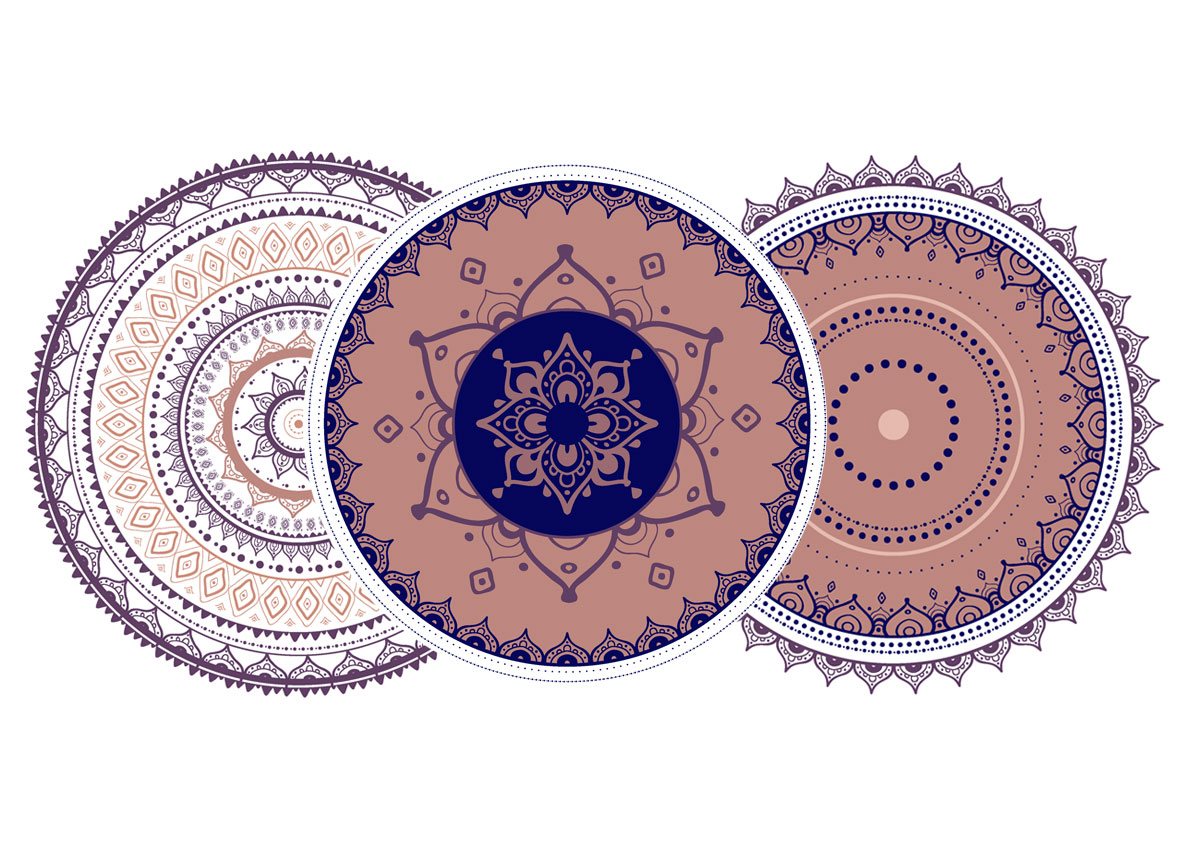 The look of most mandalas is a square with four “gates” containing a center and a central focus point.

This central point of focus is known as “radial balance”; meaning everything seemingly emanates from the center in a circular pattern, leading your eyes toward the middle of the design. This fascinating representation of the universe has been replicated over and over throughout many cultures, despite being separated by huge distances.

Hinduism, Buddhism, and Christianity all have their own versions of the mandala, each with their own take. 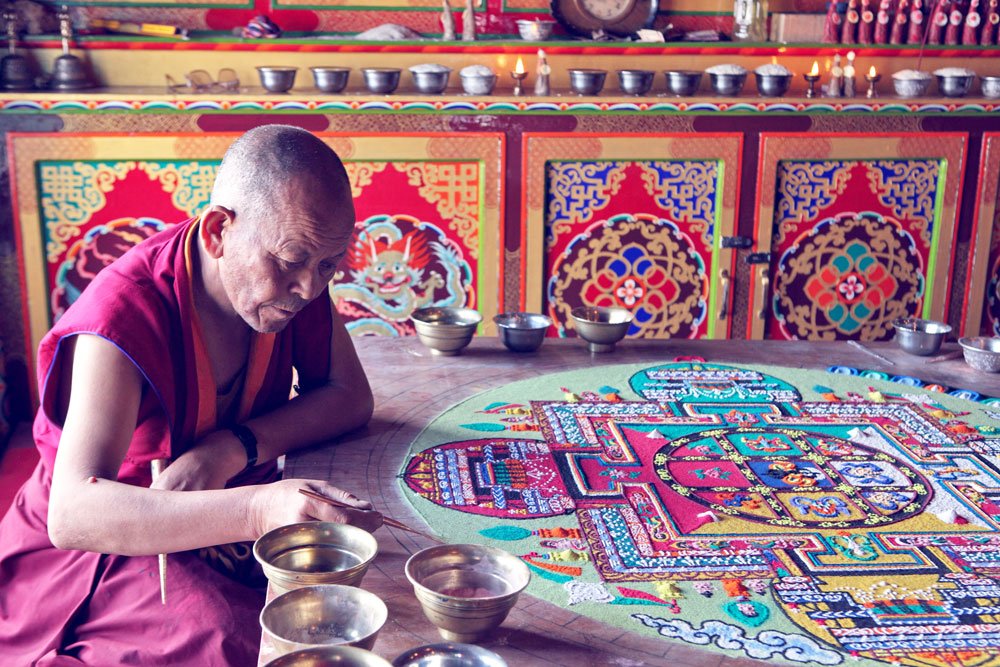 Hinduism largely sticks with the belief that mandalas are representative of certain qualities of deities, similar to yantras. They also believe that the truths hidden in the image can be literally experienced by deep meditation.

Buddhism uses the mandala as a symbol for the cosmos and as a meditation aid but also uses it to teach the valuable lesson of impermanence. Many Buddhist sects are known for creating intricately designed mandalas using colored rice. Often times taking months to create a design, the piece is utterly destroyed once completed to remind them to remain “joyfully detached” from their surroundings.

Christianity has perhaps the most interesting use of the mandala; while of course, they do not outright call it a “mandala”, they have many representations that are evocative of the symbology, such as the celtic cross, Rosy Cross, and the dromenon, which represent the journey from the outer world to the inner Divine experience.

Even much as of the art is representative of the mandala, as seen below.

Mandalas will never Go Out of Style

The usage of mandalas in modern art and architecture continues today, often captivating those that look at it. What is it about this symbol that makes us so interested? Carl Jung ultimately brought the interest of mandalas back to western eyes, when he noted that many of his patients would continually create circular art when things in their life seemed to be going harmoniously.

From his autobiography Memories, Dreams, Reflections:

“I sketched every morning in a notebook a small circular drawing,…which seemed to correspond to my inner situation at the time….Only gradually did I discover what the mandala really is:…the Self, the wholeness of the personality, which if all goes well is harmonious.” 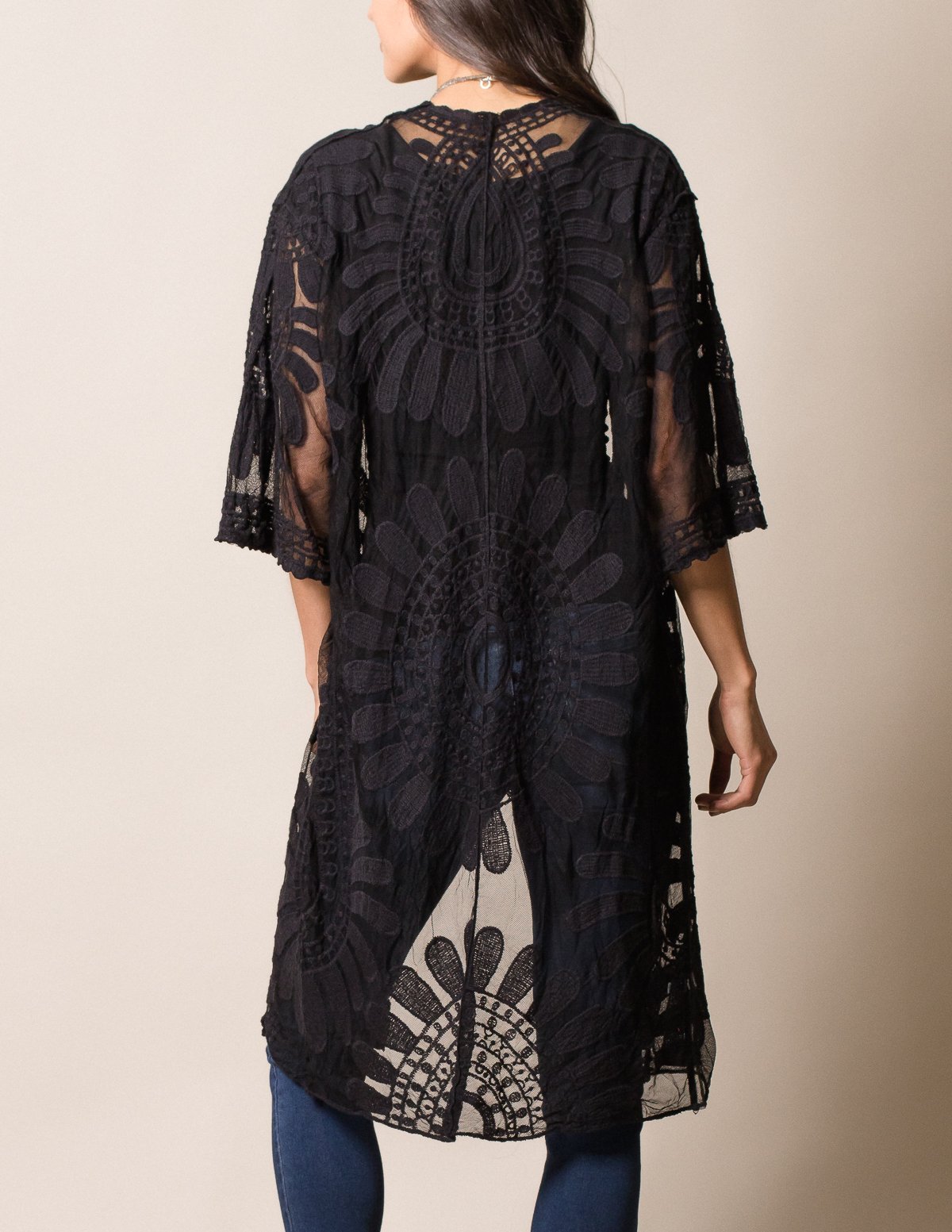