Mindfulness And Addiction Recovery During The Holidays

The Next Generation Of Meditation: Virtual Reality For Guided Meditation

The Big Lebowski And The Eightfold Path To Enlightenment

Previously, I wrote about Four Spiritual Lessons from the Big Lebowski: Abiding in Dudeism, and explained a little bit of my journey.

I used the Coen brothers’ cult classic, The Big Lebowski, and the religion surrounding it, Dudeism, as a parable to expound on the Four Noble Truths.

If the journey ended there, things would be a bit simpler, but the Eightfold Path to Enlightenment can also be illuminated by using parallels from the life of the Dude.

This causes the Dude’s rug to be first soiled upon, then stolen, launching a series of events including a supposed kidnapping, fraud, an encounter with nihilists, and several bowling-related incidents.

The movie stars Jeff Bridges as the Dude, John Goodman as Walter, and Steve Buscemi as Donny.

The three attempt to recover the Dude’s rug, which turns out to be much more difficult than it at first appears, as “new information comes to light.”

Throughout the story, the three friends illustrate many lessons we can learn from.

The Wisdom Path: Understanding Things as They Are

At first, things are very confusing.

The Dude’s head is forced into a toilet, and two men demand money owed by his wife for gambling debts.

Since he is not even married, this leads him to try to understand things as they are, or pursue a path of wisdom.

To do so, he must achieve right view and pursue right intention, to provide him with a sense of direction. 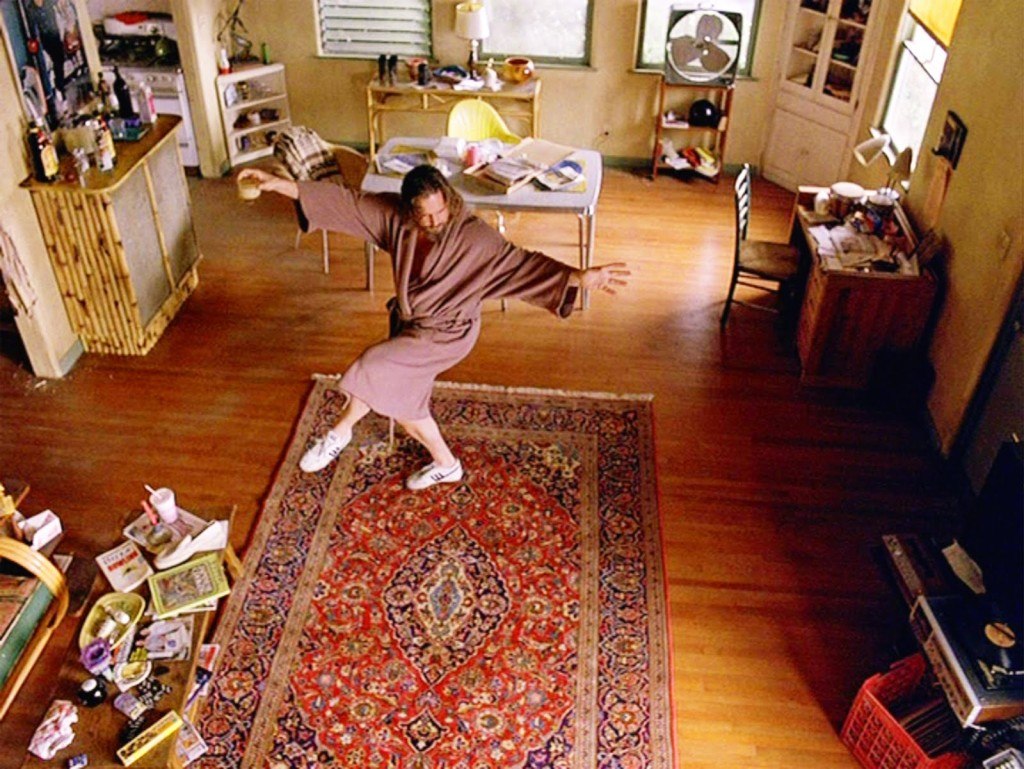 “Sometimes you eat the bear, sometimes the bear eats you.”

The outline of the right view is expressed in the Four Noble Truths and involves the understanding of three principles.

The Dude makes the decision to pursue change for the better by forsaking wrong or immoral qualities and aspiring to harmlessness.

His struggle to follow this intention allows him to progress on his journey throughout the film.

For the Dude to concentrate properly, he must avoid wrong deeds and words.

This conduct aids the purification of his mind, allowing him to better understand the world around him.

“Do you have to use so many cuss words, Dude?” This factor is not just about cussing.

It really means the Dude should:

Right action involves taking only actions that will not cause harm to others or be perceived as corrupt.

When Bunny, wife of the non-Dude Lebowski, ran off (“She probably kidnapped herself, man”) she displayed wrong actions.

But so did Mr. Lebowski in his attempt to use the Dude and take advantage of the Little Lebowski Urban Achievers (proud we are of all of them). The Dude, in his own way, tried to steer them both toward right action.

Even if, like the Dude, you are “between careers at the moment,” there are careers that should be avoided on the path to enlightenment. 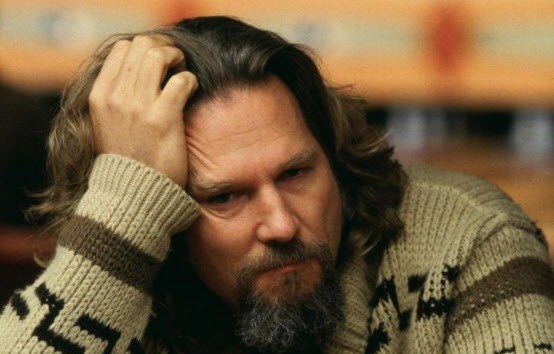 The Dude uses a strict regimen of diet and exercise to keep his mind limber.

While in his case this is aided by drugs and alcohol (not the most enlightened part of the movie), mental discipline definitely plays a role in his path.

The Dude makes an effort to avoid wrong and harmful words, thoughts, and deeds, and to bring out the best in others.

He even explains to Walter that “You’re not wrong, you’re just an a**hole.”

The keys to right effort are: 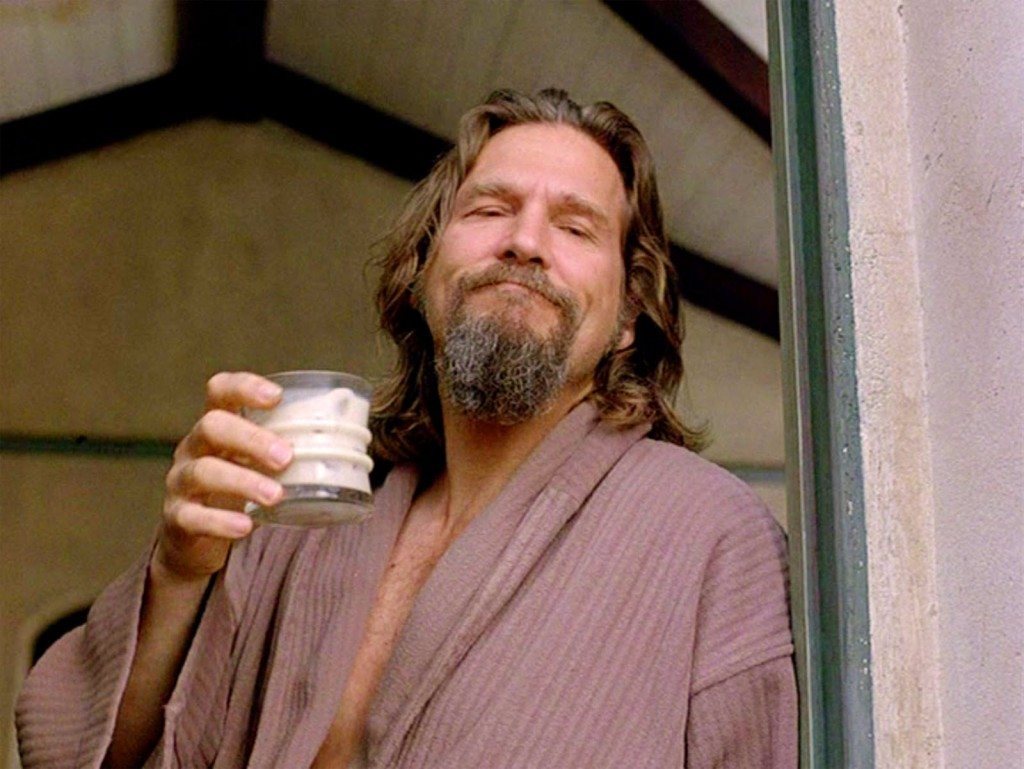 The Dude tries to keep his mind alert to things that could harm the mind or body, especially when there is a beverage involved.

There are a few steps to mindfulness.

“New information has come to light.”

To process this information, the Dude must concentrate on something, or meditate to achieve a better state of consciousness.

He can do this a few different ways.

The Dude’s Path to Enlightenment

Throughout The Big Lebowski, the Dude discovers both the mental and emotional causes of suffering.

The mental cause is ignorance of the way things truly occur and is corrected by his acquisition of knowledge.

The emotional cause is desire or attachment—like to a rug—and it can be managed by learning to understand and manage emotions effectively.

Once the Dude accepts the fact that he doesn’t need the rug to be happy, it all works out in the end, although not for everyone.

Much can be learned from the Dude, Walter, and Donny about attachment, ignorance, and the path to enlightenment.

But only through practice can one hope to achieve it.

We can all simply abide in truth. Like the Dude. Take comfort in that. Namaste.