Anna Sofia is a chameleon, a life purpose coach, movement facilitator, clairvoyant healer, artist and DJ, with a background of...

What Can Go Wrong In A Reiki Healing Session

When people talk about Reiki, it’s common to hear something along the lines of: “Nothing can go wrong in a healing session, it is universal healing energy we are channeling and the energy always goes where it is needed most!” However, there are a few things to keep in mind in order to experience the full benefits of a healing session.

Reiki is called Universal Healing energy, as the energy transmitted is channeled from a Higher Source through the practitioner’s hands to the recipient. It is clear energy that can work wonders on mind, body, and spirit if the practitioners set the stage for it to unfold in the highest vibration possible.

SEE ALSO: Different Ways Aloe Vera Can Be Used As A Remedy

Once we start working with energy, we deal with the whole range of it, which includes our own energy field made up of the 5 energy bodies: mental, emotional, physical, pranic, and soul. These are energies present in the room from people and their emotions, helping spirits, such as the Reiki angels, but also deceased people or dark spirits.

According to our own story, beliefs, and life themes, we might attract one or the other, or none of them. This has to do with personal and energetic boundaries and if we consciously or unconsciously let something into our field.

The more we travel in between worlds and states of mind, as in Reiki lowering the brain waves from hyperactive Beta to deeply relaxed Alpha or sometimes Theta brain waves, our boundaries can easily blur. As a positive effect, this helps us to receive messages from the Higher Self of the person we are treating. But on the flip side, it can also make us receptive to other (sometimes negative) energies in the room. 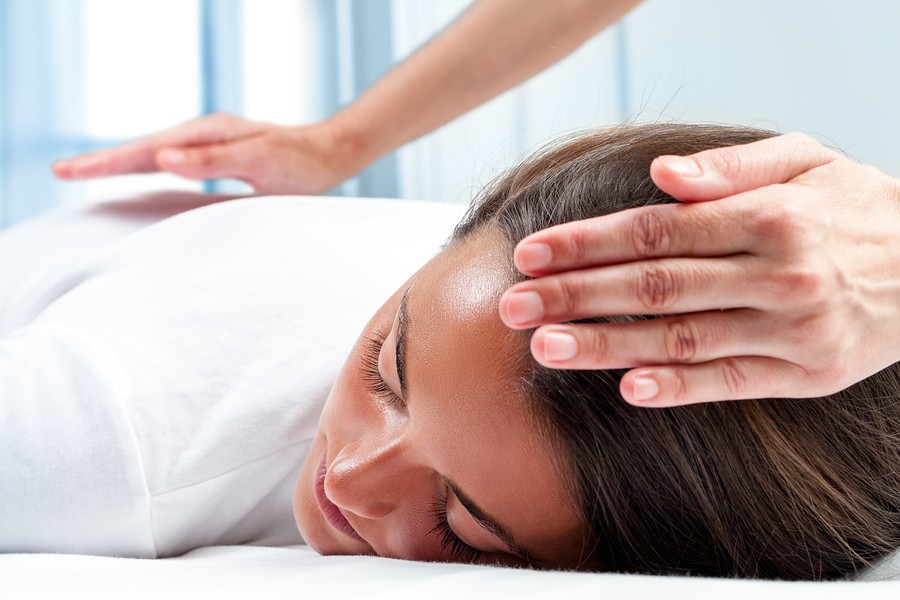 When receiving an energy healing session the process is as follows: the practitioner invokes healing energies, clears and opens the aura of the receiving person, releases blockages, old emotions, and energetic debris, and then seals the aura with a healing protective layer.

When the aura gets opened, we assume that only the purest and clearest healing energies enter. But, if precautions have not been taken, in rare cases darker energies or the spirit of a deceased person that hasn’t entered the light yet can get attracted to the healing light.

When I went for a crystal healing session in India with a student of Reiki, little did I know that my recently high-pitched energy from Bali was about to go down into the basement after the session. Instead of clearing my field, which I tend to every day through Self-Reiki, my aura got opened and unintentionally used as a dustbin for a negative spirit attachment, which then started eating away on my energy. When I left the session, I felt I was in a hot cloud and immediately got the sense that I needed to take a shower, as if showering something off. The shower didn’t do much though. Clearwater helps to release negative energies, but if it is a spirit attachment, that doesn’t rinse off as easily.

I got a tremor in my hands, which I never had before and felt like I was leaking energy. So I started researching what happened.

As it turns out, there are possibilities of mishaps in healing sessions and William Lee Rand from the Reiki Association in the U.S. kindly sent me a document with instructions on how to release a spirit attachment through distant Reiki. According to him and another Reiki teacher from Germany, whom I contacted, these energies can enter the field of the recipient, if the session had not been prepared accordingly.

If the room does not get cleared before the session and the practitioner didn’t call on protection for him/herself and the receiver, energies can be dumped or mixed in mostly unconsciously in the wrong place. This can be a spirit attachment that the practitioner himself picked up somewhere – we all pick up unwanted energies here and there in our life, but they usually don’t stay – the spirit of a dead person in the room or his/her own negative energy that is in a process of healing, such as after receiving an attunement for a new Reiki Level, which always sets a deep process of house clearing into motion, coming with a lot of release.

In my case, it took a shaman to bring everything back to center, who could also see that the Reiki teacher, who had been supervising the crystal healing treatment, was plugged into my hara and taking away energy. She did not listen when I said I had the feeling something went wrong, and simply shrugged my comment off as a ‘Reiki’s Initial Worsening’.

What happens in a Reiki Initial Worsening?

When receiving Reiki treatment, there can be side effects. These side effects are called Initial Worsening but are nothing that lasts. They are symptoms of greater healing and a way of the body to release anything that starts to move out of the body. This can include getting sudden flu, digestive issues, unreleased emotions that start to bubble up or thought processes that don’t work any longer as before.

However, an Initial Worsening is simply a way of healing. Anything between a few hours and a week is not a Reiki mishap. It’s a way of clearing your system if you tend to it and help it to release. Reiki always goes where it is needed most. It has its own intelligence and increases the capacity for self-healing in anyone who receives it, be it a practitioner or a receiver.

How to prevent Energy Vampires and Spirit Attachments to feed on your energy?

A good way to prevent energetic mishaps from happening is being clear on your own boundaries, regularly clearing the space in which you work, having a dedicated space where sessions take place so that no outside energies enter, and also using saltwater, crystals, and smudging tools, like Palo Santo or Frankincense, to clear the space and your own field regularly and especially before sessions.

Additionally, in Reiki, we call on the Archangel Micheal for protection, for ourselves and the receiver. Also important to know: Don’t give sessions, if you are not feeling well yourself.

A good stone for protection and keeping boundaries is the black tourmaline. Black obsidian is another great stone to work with, as it has a highly spiritual and absorbing negative energy.

A bowl of saltwater in the room will absorb anything negative that is released through the practice.

Anna Sofia is a chameleon, a life purpose coach, movement facilitator, clairvoyant healer, artist and DJ, with a background of…