Psychoacoustics: The Fascinating Science Behind Sound Healing…
Select a topic
Join the Community or Sign in

Without a doubt, mental illness has reached its zenith in the world. We have much to learn and understand about these complex diseases, but one thing is for sure: modern day medicinal treatment has been nothing short of controversial. This is part of the reason many people have turned to the past and uncovered unconventional aspects of healing.

One of these powerful healing techniques from the past has been making a huge comeback: sound healing. 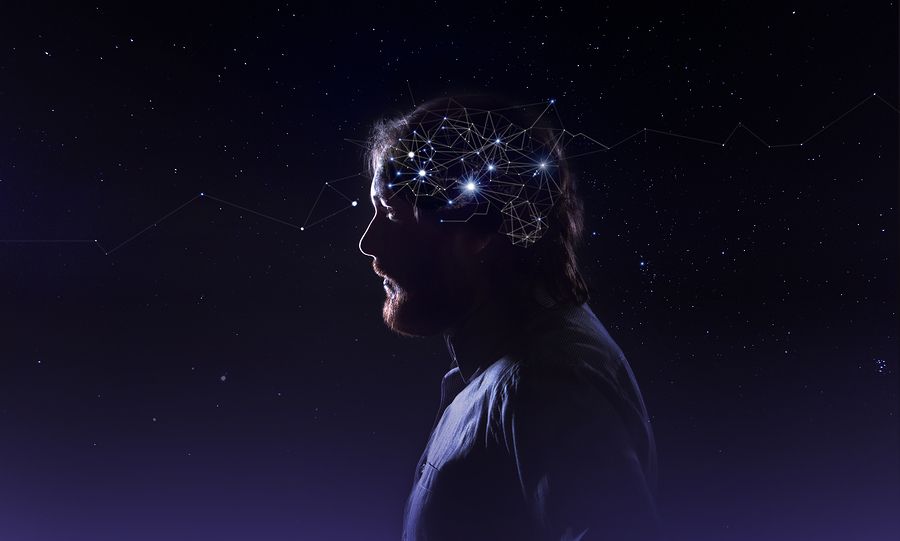 Before the written word, sound was used as a tool for promoting holistic healing — physical, mental, and spiritual. Indians and ancient Egyptians used specific chants, while Tibetan Buddhists used singing bowls, which were believed to symbolize the unknowable aspect of the universe, and believed to manifest the sound of the universe — ie, Om.

This relationship of humans to sound and our ancient history has given birth to a specific area of study known as Psychoacoustics — the scientific study of the perception of sound. In 1973, Dr. Gerald Oster, an MD and biophysicist, proved in his research paper, “Auditory Beats in the Brain,” that sound affects the way the brain absorbs information and nearly all areas of our life — including healing. Therefore it stands to reason certain frequencies of sound can be used to change brain chemistry such as serotonin.

“Our various states of consciousness are directly connected to the ever-changing electrical, chemical, and architectural environment of the brain. Daily habits of behavior and thought processes have the ability to alter the architecture of brain structure and connectivity, as well as, the neurochemical and electrical neural oscillations of your mind.”

Before we can really grasp the power of sound healing, we have to dive a little deeper into brain waves. Essentially brain waves are created by the electrical signals working together in neurons. These are divided into five bandwidths that are theorized to form consciousness: 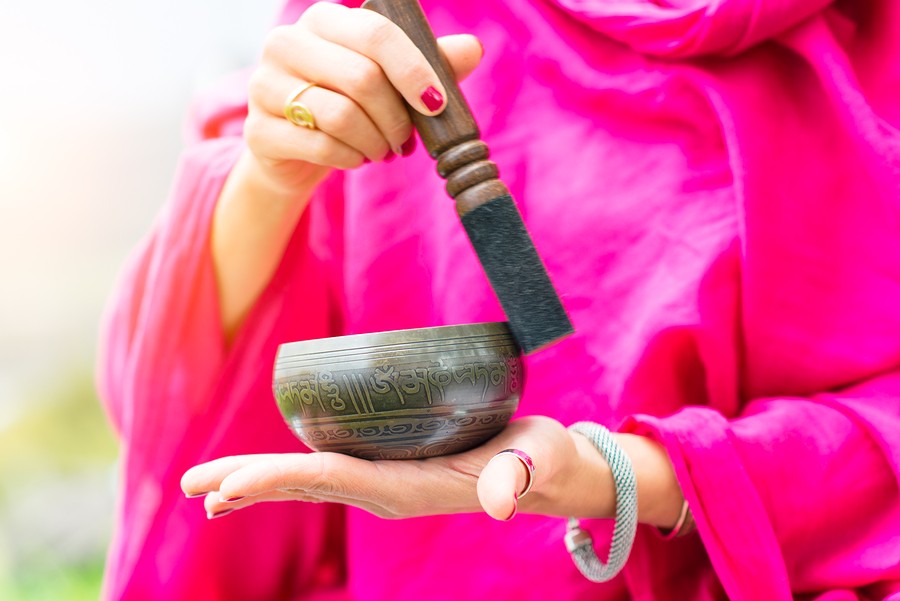 According to Dr. Suzanne Evans Morris, Ph.D., a speech-language pathologist:

Research shows that different frequencies presented to each ear through stereo headphones… create a difference tone (or binaural beat) as the brain puts together the two tones it actually hears. Through EEG monitoring the difference tone is identified by a change in the electrical pattern produced by the brain. For example, frequencies of 200 Hz and 210 Hz produce a binaural beat frequency of 10 Hz (The difference in 210 Hz and 200 Hz is 10 Hz). Monitoring of the brain’s electricity (EEG) shows that the brain produces increased 10 Hz activity with equal frequency and amplitude of the wave form in both hemispheres of the brain (left and right hemisphere).

As far as we can tell, each brain center generates impulses at a specific frequency based on the predominant neurotransmitter it secretes. In other words, the brain’s internal communication system—its language, is based on frequency…Presumably, when we send in waves of electrical energy at, say, 10 Hz, certain cells in the lower brain stem will respond because they normally fire within that frequency range.

Additional research upholds the beliefs of mind-body medicine in this sense, stating that brainwaves being in the Alpha state, 8 to 14 Hz, permits a vibration allowing for more serotonin to be created.

It’s important for us to recognize that there is legitimate science behind these types of ancient practices. They can actually treat things like depression, anxiety, and so much more. But even more fascinating is that something as simple as music and sound has not only historically been used for healing but has been proven to work by scientific means. If you’re looking to improve your mental health, binaural beats between 8 and 14 Hz can help by actually producing more serotonin. You can also use music that promotes relaxed alpha brain waves such as classical music or singing bowls.

What can Sound Heal?

Using sound as therapy can provide results for a variety of issues including:

Our triune nature of body, mind, and spirit are always trying to find homeostasis, or balance. But overstimulation pulls us in the other direction. This can keep us from finding a deeper level of peace within ourselves. Sound therapy can help us find the inner peace we so deserve. 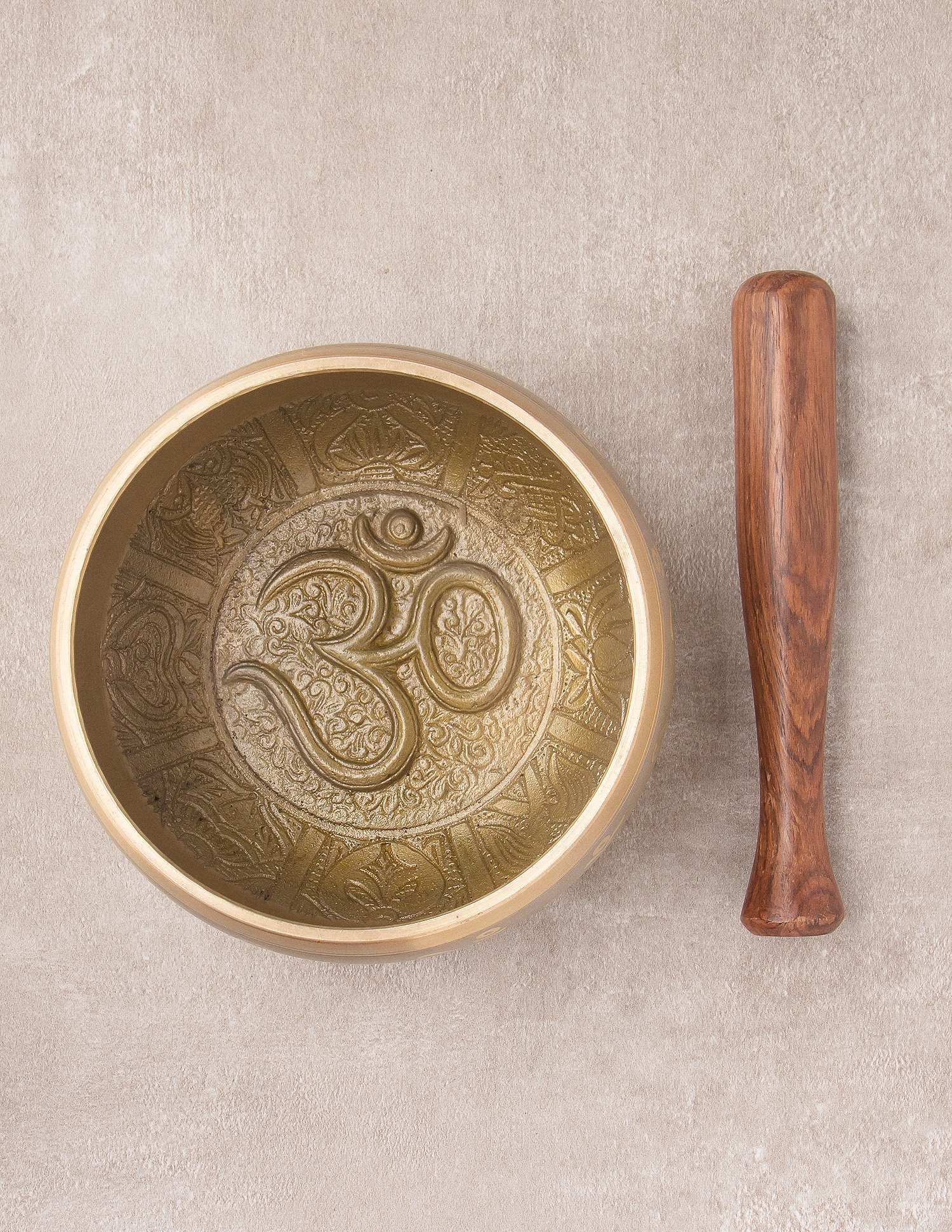