Why Food Sources Matter: Pesticides & Public Health…
Select a topic
Join the Community or Sign in

Avery Phillips is a freelance human who loves all things nature (especially human!). Tweet her @a_taylorian or comment with any...

The Military And Yoga: A Match Made In Heaven

The Art & Spirituality Of Reinvention

At this point, most of us have heard in the news, or from a relative or friend, about the value of eating organic. The argument is in favor of avoiding the addition of chemicals, in the form of pesticides, in our food. There are a number of reasons to buy organic, one major reason being that the use of pesticides doesn’t only affect those who consume conventionally grown food.

Although food safety and public health are intricately connected, the issue goes beyond organic produce and investing in your local CSA. Those who work with the chemicals, the farmers, put themselves at risk of numerous side effects. Furthermore, when water sources are contaminated by pesticides, the runoff affects neighboring farms and communities. Therefore, the call to eat organic goes beyond an occasional financial splurge. Rather, it touches on the need for alleviation of the socio-economic barriers to healthy foods, and focus on connection, community, and healthy living — for everyone.

SEE ALSO: How To Embrace A Healthier, More Natural Life

According to the Department of Agricultural Chemistry and Soil Science at the University of Calcutta, “the term pesticide covers a wide range of compounds including insecticides, fungicides, herbicides, rodenticides, molluscicides, nematicides, plant growth regulators and others.” In the 1960s and 70s, herbicide and fungicide use ramped up in industrial farming as an attempt to kill off specific pests and was not to affect anything else.

Although the concept sounded scientifically sound, that is not the way it ended up working out. Instead, when farmers saw results with a moderate application, they increased their dosages. Studies in the following years are attributing a number of different illnesses in humans to the effects of pesticides. Through health programming and education, we now understand the value of eating organically. However, our consumption habits are a small voice in a large corporate operation that is negatively affecting our planet.

As we concern ourselves over the price difference between organic and conventionally grown produce, nature is finding a way to thrive in the presence of harmful chemical applications. The insects and weeds that pesticides were designed to eradicate are evolving to resist the chemical’s effects, being referred to as “superbugs” and “superweeds.” It raises the question: if pesticides are having such an impact on everything they touch, what kind of impact is it having on the humans who apply them? 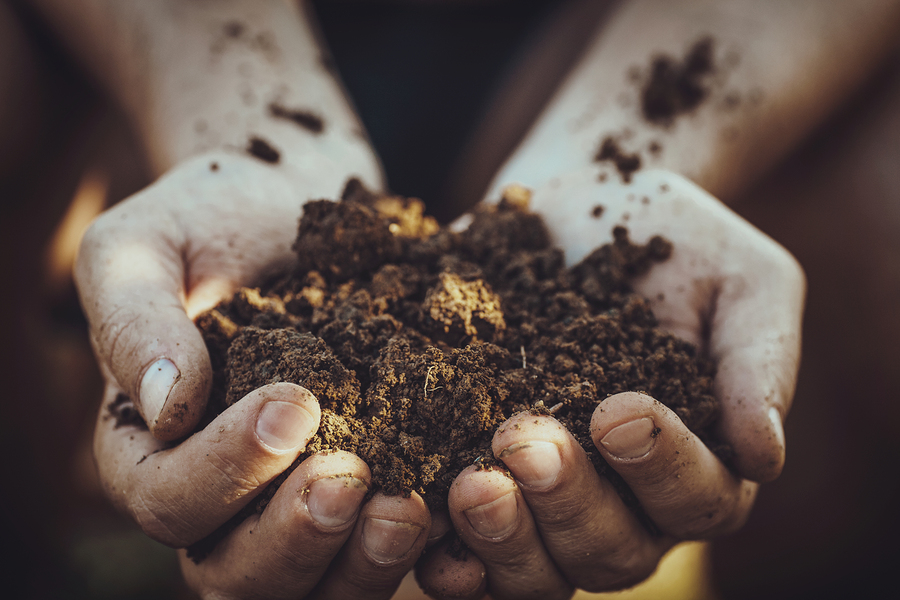 Farmworkers face a risk of pesticide exposure every day while working in the field — their rate of exposure is hundreds of times greater than consumers. While some chalk it up to being related to a self-selected occupational hazard, this simply is not true. Many who find themselves working in farm fields is a result of their circumstances and are unaware of the potential job hazards they may be undertaking.

A survey from 2007-2009 by Department of Labor found that 72 percent of all farm workers were born outside of the United States and the average grade level completed was the 8th grade. The mean average of a migrant family is between $17,500 and $19,999 per year, placing workers families below the poverty line while putting their health at risk.

There are many different ways that workers can come into contact with toxic pesticides as a result of spills and splashes, inadequate or failure of protective equipment, defective products, or an accidental direct spray. Even if all precautions are taken, a simple change in wind direction causes it to drift to be directly inhaled and absorbed through the skin of the applicant. Any residual chemicals from a day in the field are brought back to their homes where it affects their family members, including their children and pets — and that’s assuming their children weren’t already exposed by playing in the fields where their parents work.

Varying levels of toxicity have different effects on farm workers. Reactions that occur as a result of exposure can include vomiting; headaches; burning of the throat, nose and eyes; birth defects in the children of pregnant women at the time of exposure, blindness, dizziness, coma or even death. It is important to recognize the sacrifices made by those who choose to work in the farming industry and to pay them what they deserve on domestic or imported products in return for their efforts.

As with most things in nature, the effects do not start and stop with the application of pesticides on the crops and the impact on those who apply them. The harmful chemicals have the ability drift and be carried by the wind to a neighboring farm, school or home. As a result, there are little ways to prevent contamination when in proximity to a conventional farming operation, even organic farms.

As the crops are irrigated or when it rains, the chemicals that have been applied to the crops and the soil sink into our water table or washout into the surrounding areas. These surrounding areas may include breeding grounds for endangered animals, the drinking source for numerous different species of wildlife or nesting areas for birds. Furthermore, irrigated crops, particularly in more temperate climates, become breeding grounds for insects such as mosquitos and others that carry infectious diseases, putting humans at an even higher risk for infection.

Luckily, as the effects of toxic pesticides are found to be linked with conventional farming practices, the government has taken some action to prevent continued harm. For example, the use of DDT (dichloro-diphenyl-trichloroethane) was proving to have a long-lasting effect on humans and wildlife due to heavy application and the ability to travel long distances in the air. It was disrupting the ecological cycle by killing small rodents that birds of prey would eat and then die as a result. In humans, it attacked the reproductive organs and liver and is now considered a human carcinogen.

DDT use has been discontinued since 1972 by the Environmental Protection Agency. As further effects are linked to pesticide use, it is the hope that there will be a mass reduction in the use of toxic chemicals in our food production systems.

Many health-conscious people recognize the value of using food as medicine to align your chakras, heal your immune system, and other ailments. To do so, it is best practice to only consume food that is not only organic but grown with love and intention. Feel by knowing how your food was grown and treated by starting your own garden or by investing in a local gardener’s plot in order to receive a portion of their produce. Knowing the direct and indirect negative effects that pesticides can have, consider natural alternatives to deterring unwanted insects and weeds in your home garden. You can enlist the help of neighbors, friends, and family to help establish a healthy relationship with your food once again.

Avery Phillips is a freelance human who loves all things nature (especially human!). Tweet her @a_taylorian or comment with any…