Jennifer Kurdyla is a writer, editor, and certified yoga teacher. She advocates for holistic living as a means to foster...

Teacher’s Pet: Or, What I Learned From Pain

What Holistic Medicine Showed Me About Whole-Body Healing

A warm breeze was flowing through the window of my acupuncturist’s office in Brooklyn, tickling my exposed abdomen. I’d felt this way before—raw and vulnerable under the cold eye and gloved hands of Western medical doctors—and in remembering those appointments everything inside me tensed. Inexplicable digestive turmoil, hormonal imbalances, rash-less itching and thinning hair—these and other symptoms had plagued me for years, and the best answers I could arouse from these educated experts was usually along the lines of “It’ll go away on its own,” “Let’s get you on a dose of XXX,” or my personal favorite, “It’s stress. Practice more yoga.” As if adding to my schedule of five classes a week and teaching two would help the constant state of overwhelm I felt from work, family, and social responsibilities.

While I practiced deep breathing exercises to try and quiet these thoughts, the acupuncturist began performing an intricate choreography of twisting, pulling, pushing, and palpating all along my belly, ribs, and legs, feeling for “signs.” My attempt at mindfulness failed, for once again my mind spun into a frenzy. Why did that spot hurt but not the other, why’s he doing that, how in the world could the tenderness on the left side of my abdomen warrant sticking a needle near my second toe?

I’d come here despite my life-long fear of needles as a last resort to find relief from these ailments that disrupted how I ate, dressed, bathed, and talked every day. But so far, acupuncture seemed just as foreign and unhelpful as the treatments (or lack thereof) I received in the past. Unable to understand the doctors’ procedures, and rarely asked for full, knowing consent of their implementation, I felt removed from the very processes going on in my cells and tissues causing me pain, and thus removed from any capacity they may have to get better.

But then the acupuncturist did something that flipped the whole scenario, and confirmed in me the reason I, a person who can pass out getting blood drawn, put aside that fear to try a holistic route. Having finished his exam and ready to go on to the needlework, he looked down at me and asked, “Good to go? You trust me?” Surprising myself, I nodded, Yes. I was good. I did trust. And as I’d come to learn, my answer in this moment was proof of the great healing potential of all holistic medicine—that is, philosophies based on shared intuition that cannot be scripted or prescripted; a sense of connection and interbeing that is radically absent from Western healthcare.

SEE ALSO: How To Build A Personalized Wellness Routine

The Problem with Treating a Body

My gripe with Western medicine comes with an important irony we all harbor in this time of upheaval in the healthcare community. Like most of my generation, I’ve benefited from the revolutionary advances that have improved our longevity and general well-being; I’ve watched family and friends go from teetering on the brink of death to grateful vitality in mere weeks, sometimes days. And yet there seems to be a flaw in the system when it comes to the “care” part of healthcare. Treating a body and its symptoms is not the same as treating a person. Most of my doctor visits involved painfully obvious barriers between me and the doctor: when I was younger, they turned to my mother to explain why such and such could be happening, and how I should expect to feel after a round of medication.

As an adult, I would sit on examination tables complaining of a pain in my leg or foot, and the doctor might squint at it from across the room before declaring it was nothing; I received test results via an email interface, with no explanation of why I saw numbers outside the “normal” range but rather a cursory “Everything’s good! See you next year.”

Although I took some comfort in their conclusions and recommendations, I never felt wholly well after being given a clean bill of health. I accepted that they simply must know more about how I should work, how I should feel, than I was sensing. And maybe it was just my lot to perpetually not feel good to some extent. Good enough was all I could hope to expect from my body—and life. 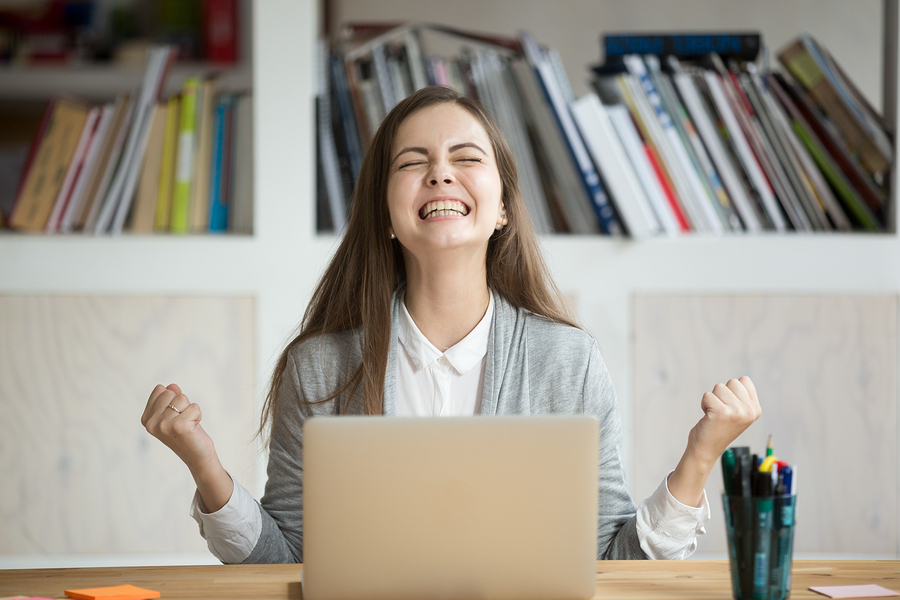 Eventually, I couldn’t accept constantly feeling disconnected from the form with which I moved through the world. I’d read about the sister science of yoga, Ayurveda, and took a chance on making an appointment with a woman profiled in an online article. We had an instant connection: She “got me” literally the moment I stood before her on our first meeting, and the month-long detox she prescribed me not only included a dietary overhaul but practices like self-massage, meditation, and more restorative forms of exercise to help slow down my burnt-out body and mind.

In 30 days, she was able to reverse years of belly discomfort she explained was a combination of malabsorption of nutrients and overworked digestive organs—in part from my monodiet of kale salads, but also from a build-up of toxins, called ama, that can happen when we don’t feed ourselves the right kind of energy.

The magic of Ayurveda really hit me, though, when I confided in her that I was making a big career shift over a year after the detox was over. She squealed with excitement at my news, explaining how she knew all along my nonstop lifestyle was at the root of my issues, but that she had to let me find that out on my own. I never bargained that dahl would help me realize the foundational emotional and psychological blocks preventing me from feeling wholly well, in body and in the meaningful work I want to do in the world.

The more I’ve ventured into holistic health practices, the more I’ve been awestruck by how integral communication—between patient and practitioner, and between the patient and herself—is to true health and healing. In Western medicine, the motivation for care is to seek and destroy symptoms, which keeps the root cause of disease at a comfortable distance. None of my old doctors thought to ask me how I spent my evenings winding down (or not) before bed, or whether I had quality relationships, as part of their exams.

The opposite is true in Eastern medicine. Ayurveda, Traditional Chinese Medicine (TCM), and other modalities encourage us to trust that the natural order of things—like my leaving my old job—will arise in time, but that we can’t control when or how or through whom that will be. The symptoms are signs that point us to a fundamental truth of who we are, but to follow and benefit from those signs we need to acknowledge them. The canonical TCM text The Web that Has No Weaver contrasts the West’s definition of knowledge as truth-seeking and isolating—aligning symptoms with conditions that are relieved by specific medications—whereas “Knowledge, within the Chinese framework, consists in the accurate perception of the inner movement of the web of phenomena. The desire of knowledge is the desire to understand the interrelationships or patterns within the web, and to become attuned to the unseen dynamic.”

This acceptance of interconnectivity, of mutual trust and discovery, is what had been missing in my Western medical care. All that mattered to my other doctors was what they themselves could see in that one examination of a single diseased body part. By contrast, all things in Eastern medicine matter: my extreme stomach cramping had as much to do with its meridian falling near my toes as it did to the way excessive screen time for work ignited the oil spill ama within me. The degree to which that is true was what we had to figure out on the examination table, but also seated in chairs talking face to face. “Healer” is not just a woo-woo blanket term for the individuals who facilitate this work. It’s exactly the right term for those who are interested in the fundamental care of the individual, and don’t seek to “cure” but rather to allow a condition to inform the expression of a person’s whole being.

The figurative “web” of healthcare, though, didn’t stop at just my body. There is an implicit acceptance and common language among holistic practitioners that contrasts the volleying patients can get caught up in when sent on a referral trail in Western clinics. Each doctor I’ve visited worked strictly within their silos, unable to even hypothesize on how a symptom in an area of the body that they didn’t specialize in could be related to the condition at hand. And yet my acupuncturist didn’t throw me out of the office with an illegible Rx when I tried to correlate my Ayurvedic diagnoses (of having a cold and dry, but sometimes damp and heavy, constitution) with his own; rather, he saw that past set of symptoms and accompanying healing process as helpful information for how I got to where I am now, and where I could go forward.

These healers never met each other, and yet they always nodded in sympathy when they heard of the different ways I was supporting my full inner and outer healing. All their work fed into the common energy channel of finding balance and acceptance in the healthiest version of me, and they weren’t about to reject an offshoot of that channel just because they didn’t discover it first. It took many eyes, many hands, to grasp a full picture of what that healthy-me looked like. And the more they knew about the particularities of my trial and error, the more they could offer other patients with perhaps similar permutations of symptoms.

It’s this sense of community, of interwoven perceptions, hearts, and hands that can hold me up when I can’t on my own, that I’ve found in Eastern Medicine and nowhere else. And by being cared for as a whole person by other whole people, my feeling “good enough” no longer seems like a concession, but a desired state of harmony and codependence with all beings invested in the wholeness of the world.

Jennifer Kurdyla is a writer, editor, and certified yoga teacher. She advocates for holistic living as a means to foster…