6 Legitimate Reasons You Should Try Smudging, Backed By Science…
Select a topic
Join the Community or Sign in

6 Legitimate Reasons You Should Try Smudging, Backed By Science

For centuries, smudging has been used by indigenous peoples across the world. Practitioners believed it cleansed both people and places of negative energy and ‘unhealthy vibrations’ (their way of identifying bacteria).

Over time, smudging became a ceremonial, daily act of cleansing and purification which used a selection of herbs, often sage, which are bundled together with string to form a smudge stick before being ignited. Unfortunately, many people dismiss this ancient practice as unscientific, tossing it aside as a primitive belief. But what they don’t realize is that many ancient cultures have practices that are just now being confirmed by scientific studies — including this one.

Here’s why you should use this practice for yourself!

You may or may not have heard of ‘negative ions’ but they are increasingly talked about in scientific circles when it comes to wellbeing. Interestingly, it looks like negative ions have a profound effect on the physiology of every human being. Ions are atoms or molecules with a net electric charge due to the loss or gain of one or more electrons. Negative ions are produced in natural settings (such as a park or beach) while positive ions are produced in more contemporary places such as in the house. Electronics, in particular, give off lots of positive ions.

It seems that the negative ions produced from smudging offer serious antidepressant effects.

Dr. Clarence Hansell, a research engineer who studied the effects of negative ions on humans in the 1930s, noticed that the mood of one of his colleagues changed when ions were being generated by nearby equipment. He noticed his colleague was more joyful when the machine created negative ions and more sullen when it produced positive ions. In a controlled study focused on Seasonal Affective Disorder, or SAD (an extension of Hansell’s work), researchers found fresh air charged with negative ions was an effective treatment for depression. This is in large part due to its effects on serotonin levels, similar to the way antidepressant drugs work.

Because smudging actually destroys bacteria in the air, it also has a psychologically clearing effect. This can allow us to relax in environments that may be a little harder settle in. Thankfully smudging gives off plenty of negative ions!

Surprisingly, smudging can help clear the air of all kinds of bacteria and improve allergy symptoms. This was a study that corroborated this ancient practice. Here is the researcher’s take:

“We have observed that 1 hour treatment of medicinal smoke emanated by burning wood and a mixture of odoriferous and medicinal herbs (havan sámagri=material used in oblation to fire all over India), on aerial bacterial population caused over 94% reduction of bacterial counts by 60 min and the ability of the smoke to purify or disinfect the air and to make the environment cleaner was maintained up to 24 hour in the closed room.

Just like incense, smudging can offer calming, relaxing effects that are known to help lower blood pressure, relieve stress and tension and normalize breathing rates, as the negative ions produced are absorbed directly into your bloodstream.

Negative ions have the effect of helping to normalize serotonin (the feel-good hormone), boosting the mood and overall energy. This is great for depression.

So if we know that negative ions are more of a ‘natural’ thing, it would make sense we’d not only feel better but sleep better too, right? Absolutely! And in fact, studies show people do sleep better in negative ion environments. 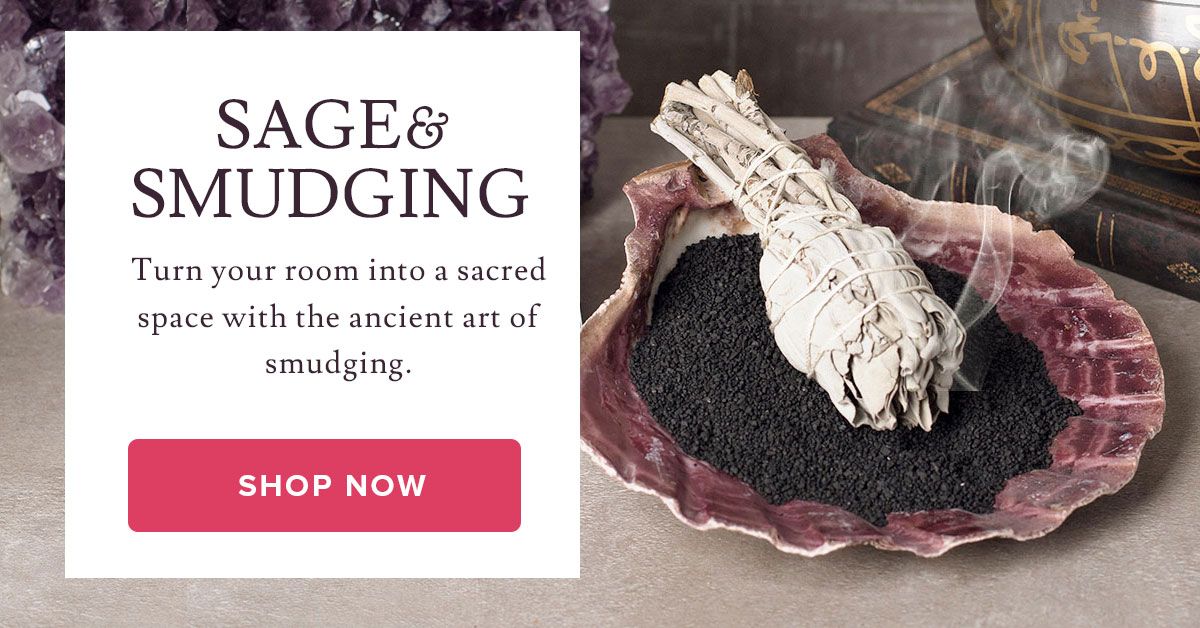