Tibetan Medicine: Understanding The Three Humors…
Select a topic
Join the Community or Sign in

Max Corradi (MBRCP, IANLPC, Hons) is a Complementary and Alternative Medicine (CAM) practitioner and a life coach living and working...

Mental Imaging And The Art Of Creative Visualization

Prayer And The Laws Of Reality

Tibetan medicine is a very ancient medical system which integrates human physiology and psychology with Buddhist philosophy, astrology and the knowledge of the five elements. Everything has its origin in the mind, which is the creator of the internal and external phenomena and the five elements which constitute physical reality.

According to Buddhism, the mind is like a pure crystal, which is obscured by temporary ignorance of its own original primordially pure state and by the subsequent karmic formations.

The mind, accompanied by a subtle wind that is like a vehicle, is responsible for good health. It is also the cause of disease through the three mental poisons of attachment, anger, and closed-mindedness which are produced by the ‘not-knowing’ or by the fundamental ignorance of the nature of phenomena.

SEE ALSO: The Dalai Lama Talked About Donald Trump, And I was Definitely Surprised

In Tibetan medicine, the absolute condition of empty luminosity manifests itself in the form of energy into three aspects: body, energy or speech and mind. These are also reflected in the human body in the form of three humors or energies called Wind (rLung), Bile (mKhrispa) and Phlegm (Badken).

These three humors govern all biological, psychological, psychopathological and emotional functions of the individual body, speech and mind. They are responsible for the tissue production and maintenance, aging, elimination of waste products, energy flow, and the sustaining of life itself. These also help maintain a person’s health when they are in balance and harmony and bring illnesses when they are out of balance. The three basic humors of Wind, Bile and Phlegm can be altered or disrupted by the three mental poisons of attachment, anger, and closed-mindedness respectively; by environmental causes, general behavioral habits and diet.

It is through the re-harmonizing of the three humors that Tibetan Medicine’s framework of the theory and practice is established.

The rLung shares the same nature and characteristics as the air element. The Wind acts in respiration and keeps the life of inner and outer living beings. It is the vehicle of the mind that helps the growing and moving processes. There are five distinct subcategories of Wind each with specific locations and functions: the life-sustaining Wind, the ascending Wind, the pervasive Wind, the fire-like Wind and the descending Wind. Wind humor accumulates in late spring, manifests in summer and decreases in autumn. It is also predominant in old age.

The mKhris-pa‘s nature is hot and corresponds to the fire element of the body. The blood circulation system, along with the liver and the gall bladder, produce the Bile humor in the body.

The Bile humor has seven qualities. It is oily, sharp, hot, and light. It has a strong odor. It is purgative and moist. It resides principally in the liver, gall bladder, duodenum and small intestine. It regulates perspiration and blood circulation, produces the body heat (e.g. metabolism) and counterbalances the Phlegm humor. The Bile helps digest food and consumes Phlegm liquid. It rules thirst and hunger, the increase of the body heat, the clearing of the body radiance, and the gain of pride and intelligence.

Bile humor accumulates in summer, manifests in autumn and decreases in winter. It is also predominant in adulthood.

Badken combines the qualities of the water (humidity) and the earth elements (heaviness). The Phlegm humor is a cold and humid energy which is opposite to the Bile’s heat. It has seven characteristics: it is oily (with wetness), cool, heavy, blunt, smooth, stable and sticky. It produces body fluids and functions in all parts of the body. It resides in the spleen, stomach, kidney, bladder, brain and the reproductive organs. It regulates the glands and the lymphatic system. It provides firmness to body and mind and induces sleep. Phlegm humor accumulates in winter, manifests in early spring and decreases in the second part of spring. It is also predominant in young children. 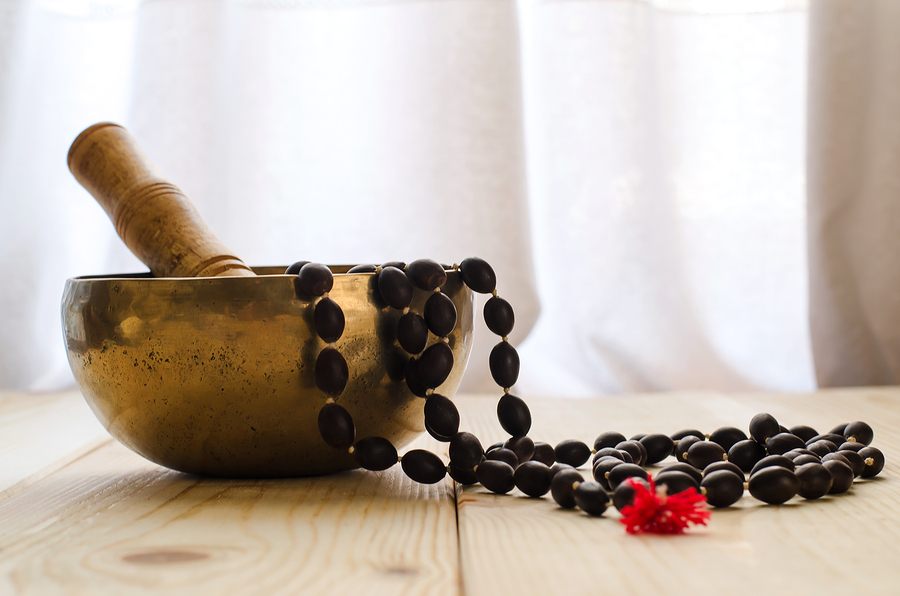 According to Tibetan medicine, there are seven constitutions developed from the combination of the parents’ constitution and your own past karma which produces the personality, mental attitude, and physiology of the individual. These play a very important role in the diagnosis, prevention, and medical treatment. The three single or principal constitutions are Wind, Bile and Phlegm which are produced by one’s own main karmic imprint and when one or both parents’ diet or behavior is strongly influenced by a particular humor. The three combined constitutions are made up of two combined humors, for example, Wind-Bile, Wind-Phlegm and Bile-Phlegm, and finally one balanced constitution made of the combination of all three humors.

People belonging to the Wind constitution are usually naturally thin, with short extremities and small-sized fingers. They are sensitive to cold wind. Even if they have a frail voice, they are talkative and like to argue and laugh. They like music, sports, and food with a sweet, sour, bitter and hot taste. They don’t sleep much and their mind is fragile, emotional and unstable.

The Wind constitution may have the tendency to suffer from psychological disorders and sleeping problems. Individuals belonging to this constitution often have chest and large intestine complaints, occasional diarrhea with intestinal rumblings, dizziness, humming sounds in the ears, pain in lumbar region and thighs, wish to stretch limbs, frequent yawning and sighing, repeated cough, occasional acid reflux or retching, acute and shifting pains in the heart region, upper body, chest, and temples.

People with a Bile constitution have medium-sized body parts, sensory organs, and a stable mind. Their skin is yellow or red. They digest fast and are easily thirsty. Their body produces bad smells, sweats and often have naturally high temperatures.

They have a sharp memory, an active and strong ego, and although they are internally insecure, they act in a formal and diplomatic way.

They often have problems related to the bile, liver, gallbladder, and small intestine. They also suffer from headaches, cervical pain, and high blood pressure, heaviness of the head and body, loss of appetite, vomit, nausea, pain during digestion, dizziness, unclear eyesight, bitter taste in mouth, yellow film on tongue, burning sensation, pain in chest and back, difficulty breathing and they have a tendency to infection and inflammation. Their favorite food is sweet, bitter, astringent and cool.

The Phlegm constitution naturally produces a large body which gradually curves back when getting older. The skin is white, moist, and smooth. Phlegm constitution people easily put on weight and their hands and fingers have a beautiful shape and color. Their body temperature is low and digestion is slow. They have little hunger and thirst, great patience to difficulties, and a good heart.

Their sleep is heavy and they are great thinkers. They have a slow, profound and melancholic mind. They often raise complaints about their kidney, bladder, stomach, spleen, and have a tendency for obesity, water retention, and poor digestion. They also suffer from heaviness, loss of appetite in the morning and malaise at the stomach, heartburn, reflux of sour liquids, difficult digestion, continuous empty eructation, little thirst, loss of sense of taste, sticky mouth, diarrhea and vomit, little bodily heat, and abdominal swelling.

Their favorite food is hot, sour, astringent and with rough potency.

When the Wind is combined with the cold-Bile nature, feet, hands and nose are generally cold and women suffer from pre-menstrual pain. When the combination is with the hot Bile, the heat goes to the head, face, neck, and hair. This mixed constitution usually bears fear and anxiety. People with Wind and Phlegm constitution especially suffer from great confusion in the mind. Their bodies produce cold sweat and have a tendency for obesity.

Bile and Phlegm constitution also bears the combined characteristics of the two humors. These people especially suffer from the conflict of mind. The upper part of their body shows heat whilst the lower part feels cold. Wind, Bile and Phlegm constitution is considered to be the most well-balanced body and state of mind. In the framework of Tibetan medicine, the constitutional disorders and psychopathological disorders are treated with a holistic view by specific methods of treatment: diet, behavior or lifestyle, medicine, and external therapies.

Max Corradi (MBRCP, IANLPC, Hons) is a Complementary and Alternative Medicine (CAM) practitioner and a life coach living and working…