The Healing Properties Of Lava Stone

Lava stone is easily the oldest and most frequently found stone in the world; hence, it’s used by nearly an endless amount of cultures. Lava stone literally comes from the core of the earth- fiery brimstone that bubbles to the surface and cools. Once the stone is cool, it becomes porous and black, creating the beautiful black color so many have come to love. This is known as basalt, and can mostly be found in the ocean.

Lava stone doesn’t really have the “look” of something that is healing, but for centuries it has been used to do exactly that. When thinking of lava stones, it’s important to keep in mind that its origin plays a key role in its energetic qualities.

How to Use Lava Stone 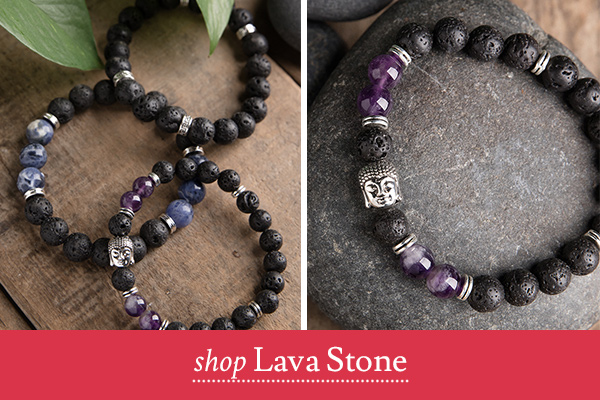 Typically, lava stone (like most healing gemstones) is recommended to be worn in close contact with the skin, if not directly on the skin. This is because the barrier for absorption is not blocked by anything. It gives easy access for the energy to flow clearly, and usually, malas and bracelets are used for this purpose. However, lava stone can also be used in rooms in order to help with emotional clearing or to keep things energetically balanced.