The World Is Music: The Key To The Mystery Of Creation…
Select a topic
Join the Community or Sign in

n 1978 we founded Heartwood Institute, one of the worlds leading centers for professional training in massage and the natural...

The World Is Music: The Key To The Mystery Of Creation

The Vedas are the ancient esoteric teachings of India. They form the foundation of orthodox Hindu philosophy and are at the root of all oriental philosophy. The Vedic epiphany reveals that the world is the self-sacrifice of the creator. God becomes the world; an omnipresent intelligence expresses its creative potency through the creation. In the Vedic revelation, God does not create the world. God becomes the world. The Vedas do not limit themselves to a theistic perspective and encompass non-theistic cosmologies as well. For the sake of simplicity and parsimony, we use the word “God” to refer to the “Great Mysteries” of Life, Consciousness and “Creation.”

Western religion and science offer a deist paradigm. In deist philosophies, God lies outside creation. The Vedic worldview is profoundly different; here the world is the self-sacrifice of the creator. The world is God. All creation is sacred. To know thy Self is to know God.

Brahma, the creator, can be characterized as an ever-expanding breath. In this cosmology, everything that moves in creation is the breath of Brahma. The spiraling galaxies of stars, whirling planetary systems, atmospheric rhythms of our Gaia’s life cycles, and the all-pervasive breath that animates animal life on Earth is a unitary rhythm.

The World is Music

The Vedas reveal that the world is sung into being. The ancient Sanskrit grammarian, Bhartrhari, states in his Vakyapadiya 1.112 “Vageva Vishwa Bhuvanani Jajne” The universe then is birthed by sound. An unfathomable intelligence conceives of a goddess who sings the world into creation. The ground state out of which creation emerges is the Pranava (from pra-nu, to reverberate) of the primordial Holy Word, AUM. Creation is vibrating as an expression of ultimate intelligence, ultimate wisdom, ultimate love in a universal harmony of praise.

The Goddess Saraswati is the personification of this mystery, the embodiment of an all-pervasive divine creative intelligence. Her vehicle is the swan, the highest flying bird, which symbolizes the breath of life, the supreme principle in a living creation. The Great Mystery of life and consciousness, is carried on the breath.

Saraswati’s celestial instrument is the vina, which symbolizes creation. Thus we have Ultimate Intelligence, carried on the breath of life, playing the music of creation. For a millennium, musical instruments were often fashioned from the guts and hides of animals. For these guts and hides, resonated most profoundly with the mystery of music and the winds that carried these sounds to the heart and mind. There is no musical instrument more perfect than the human body. Indeed the human body, like all of nature, is a musical instrument. The ancients understood this. The ancient sciences of Yang and Yin, Pitta and Kapha, Sulfer and Salt were based on this vibrational knowledge of the primacy of inspiration and expiration, of the breath of life. 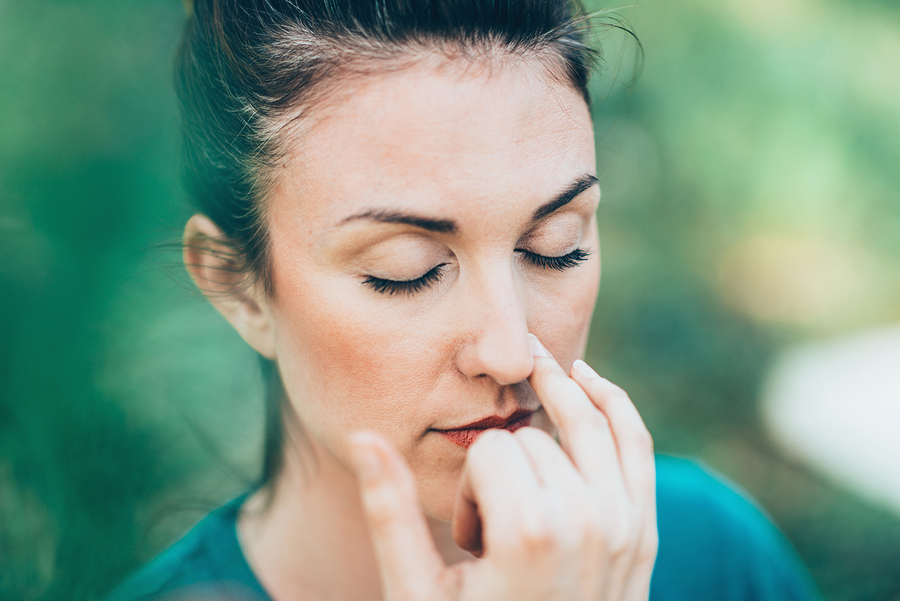 The Latin word for breath is spiritus. It comes from the same roots as our word spiral. It is Spiritus that plays the instrument of nature. As we breathe, the tissue of our bodies are stretched by the act of breathing in a cycle of attunement to nature and the cosmos. On cellular and molecular levels, the tissues stretch to modulate its musical pitch. As we breathe in, there is a lengthening of the tissue to the keynote of resonance that, cross-culturally and trans-historically, the ancients called the Air element. Thus through attunement to the keynote Air, life force steps down from the subtle universal elements into the gross material elements of form.

Then in quantum fashion, the inhalation ballooned the tissue into the radiant keynote and it entrained with the creative potency of the solar Fire element. Next in the cycle of breath is a still-point, where inner and outer forces came into balance at the Earth elemental resonance. Then as the diaphragm descends, the tissue contracts into resonance with the lunar keynote of the Water element.

Nature is a fabric of ultrasonic resonance, attuned to the keynotes of: Earth, solidity; Water, the fluid medium for life force; Fire, the functioning of creative intelligence; Air the feedback process which is the essence of intelligence; and Ether which modulates sacred space between the subtle universal elements of the cosmos and the material elements of nature.

The Sanskrit word guna is derived from an Indo-European base word “twirl” or “wind”. The Gunas describe spiraling vortices of vibrating energy fields. Breathing is a process of cosmic and natural attunement that sustains life. As we breathe, the lengthening of the tissue, on a molecular level, entrains with the Source or Life Field of Sattva Guna and facilitates a step down of energy from the subtle universal to the gross material elements.

Inspiration, modalities the molecular fields into entrainment with the creative potency of the solar resonance of the Fire element as the field leaps in quantum fashion to Rajas Guna. As the diaphragm descends, the field on every level of microcosm entrains with Tamas guna and the centripetal qualities of the Water element. Life is sustained by the breath, through a process of cosmic and natural attunement. Cross-culturally and trans-historically the sciences of the ancients were rooted in this understanding of nature and the cosmos as a living breathing conscious being.

All of nature is vibrating in a life-giving state of praise attuned to the voice of the Goddess Saraswati singing the holy word, singing the music of creation. Saraswati means the essence of Self. This understanding is a key to understanding the great mystery of life force energy. In Energy Medicine, we work with the body and nature through this ancient epiphany of the world as music. Our approach to energy healing is defined by a constant intention to address the Soul, the animating intelligence in the body holistically, through hands-on bodywork, healing diet, vitalizing movement and liberating insight into the unity and sacredness of all life.

n 1978 we founded Heartwood Institute, one of the worlds leading centers for professional training in massage and the natural…