Science Proves Frankincense Could Help Millions With Anxiety And Depression

For millennia, frankincense has been valued for its religious and cultural ceremonies all over the world, particularly in the east. It’s said burning the resin of Boswellia tree (the origin of frankincense) brings spiritual exultation. Many ancient texts, including the Old Testament, praise the resin for its mystical capabilities, and many ceremonies place much importance on the resin. It’s no surprise then that scientists have taken an interest in frankincense to try and understand why it’s so popular and widely used.

An international team of scientists including researchers from the Hebrew University in Jerusalem and Johns Hopkins University set out to understand how this age-old practice produces these mysterious psychoactive effects.

SEE ALSO: Here’s How Smudging Has Been Vetted By Science

To observe the incenses psychoactive effects, the researchers administered incensole acetate, the primary active ingredient of the Boswellia resin, to mice.

The team found that the incensole acetate affects areas of the brain that aid in emotion regulation, specifically activating the protein TRPV3, a protein found within mammalian brains that’s known to play a role in the skin’s perception of warmth.

This effect on the mind has a powerful anti-depressant and anxiolytic effect that can leave one in an almost vulnerable state of relaxation where one can lay their mind to rest and simply perceive and experience the moment.

“In spite of information stemming from ancient texts, constituents of Boswellia had not been investigated for psychoactivity,” said Raphael Mechoulam, co-author of the findings. “We found that incensole acetate, a Boswellia resin constituent, when tested in mice lowers anxiety and causes antidepressive-like behavior. Apparently, most present day worshipers assume that incense burning has only a symbolic meaning.”

How it can Help

In the ancient east, frankincense resin was a precious commodity, highly prized and sought through trading caravans. Ancient Egyptians saw frankincense as a manifestation and presence of the gods as well as a sign of gratification, whereas the Greeks saw it as an oblation. It was the center of ceremonies in ancient Judea, and today it’s still offered and used in many Christian churches for ceremonies and liturgy.

Now, with the finding of this study, frankincense is used for more than just ceremony- it’s used for a practical form of therapy in treating anxiety and depression. This is really important because depression has been identified as the #1 disability in the U.S. by the National Institute of Health. That’s 15 million Americans! Not to mention that 40 million Americans suffer from severe anxiety, which is often associated with depression in of itself.

In combination with a meditation routine, using frankincense can significantly help alleviate negative moods, and help a person turn around a bad slump. In the seemingly constant struggle for peace of mind, it is important that we are aware of all the natural methods of relaxation that the Earth has given us!

Check out our beautiful frankincense and incense collections! Not only do they have all the healing effects listed above, but they’re stunning as well. 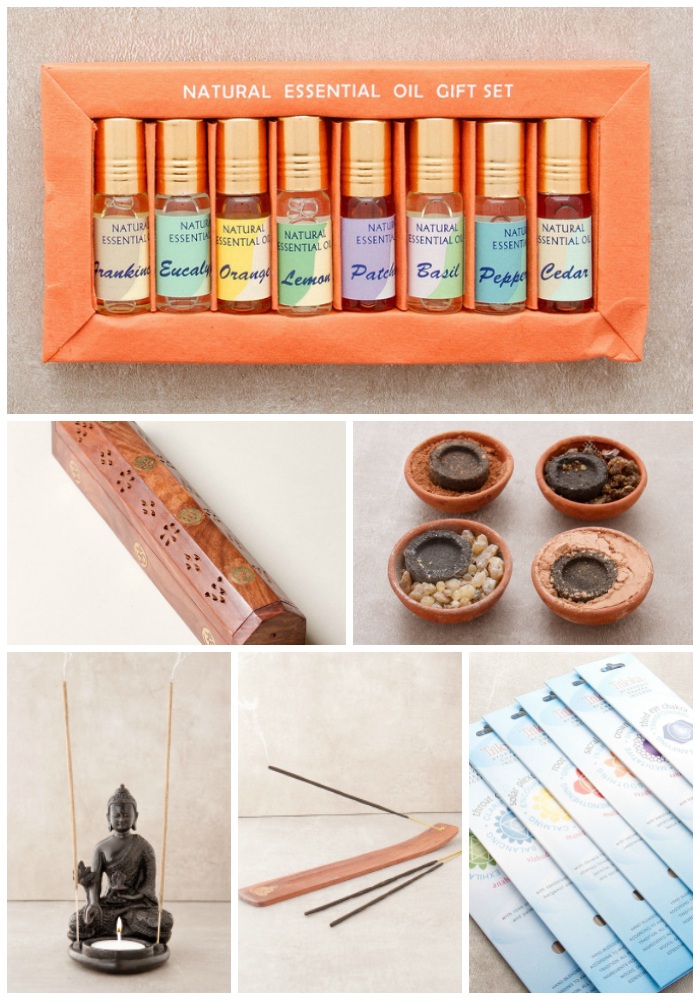