Yak Faks: The Incredible Yak And Its Symbiotic Relationship With Tibetans…
Select a topic
Join the Community or Sign in

Yak Faks: The Incredible Yak And Its Symbiotic Relationship With Tibetans

Yaks are an interesting creature. They don’t exactly fit into anything we’d consider to be ‘normal’ for a bovine; they’re goofy looking, shaggy, small, and yet somehow strong enough to survive in one of the harshest climates in the world.

Perhaps the most interesting thing about the Yak isn’t the Yak itself, but the Tibetan culture it’s almost entirely responsible for supporting. After all, without the Yak, Tibetans wouldn’t exist!

Yaks are rather boring until you take a deeper look. The combination of the high altitude and lack of food sources has caused this furry beast to acquire some really interesting traits. Here are a few you’ve probably never heard:

The symbiotic relationship with Tibetans 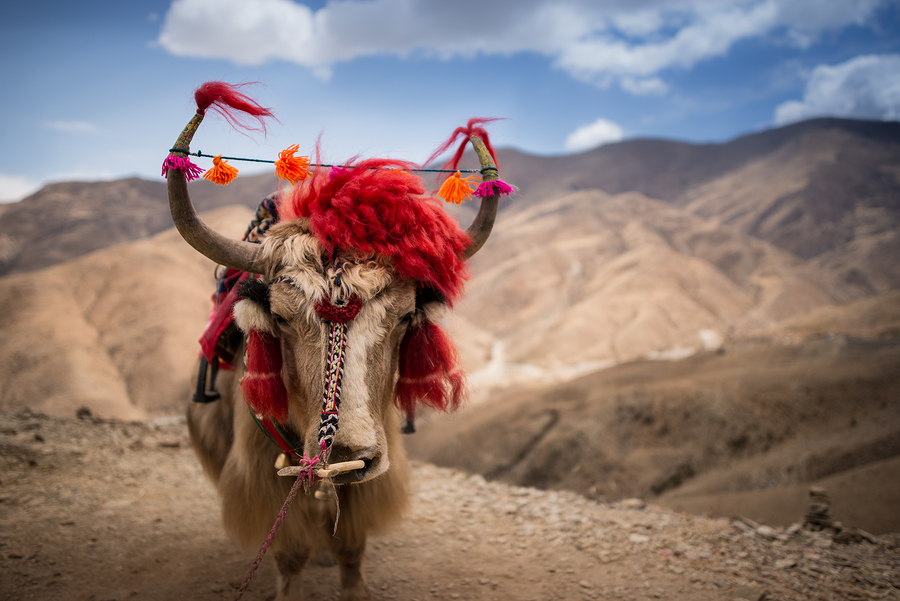 For thousands of years, Tibetans have lived with Yaks and subsisted almost exclusively on their byproducts. In fact, all of their food sources come from the shaggy bovine. It’s no stretch of the imagination to say these animals are almost sacred to Tibetans for this very reason.

The majority of these products are used by the herdsmen and their families, but some of them are sold.

Tibetans don’t relish eating Yaks, but their environment doesn’t give them much of a choice. Many Tibetans are ardent Buddhists, so you could see how it would become a problem for them, philosophically speaking. Many Tibetans adopt their own approach to the subject, forgoing meat-eating around certain spiritual holidays, or only eating meat from naturally deceased Yaks. Very few are able to pull off a full vegetarian diet in the Himalayas.

Beyond a food source, Yaks are also a utilitarian resource. They’re great for:

Without a doubt, the Tibetan culture owes its longevity and survival to the Yak. It has literally provided all the basic necessities for this deeply spiritual people, when it’s doubtful anything else could. But as time moves on, it’s becoming increasingly questionable if the Yaks will be able to support a growing population, mostly due to ineffective breeding practices. It’s become difficult for the small communities to effectively manage them because political divides have created arbitrary trade restrictions. This has led to inbreeding from the same herd. Climate has also been shifting in the Himalayas since the past several decades. Both of these factors have contributed to serious issues with the population:

All of that being said, I’m confident a solution will come. After all, the Tibetan culture and way of life is an international treasure the whole world greatly benefits from. Warm and softer than cashmere, Yak wool is breathable and moisture absorbing, making it a fantastic low-cost alternative to other materials. This Yak down-fiber is shed in late spring and summer and perfectly sustainable.