Why would any spiritual person want to use the latest iPhone? Well…because they’re useful, and actually pretty cool. Here’s why one of the most spiritual people in history, the Buddha, would totally have one.

First and foremost, good luck traveling if you don’t have a cellphone. Basically, if you’re looking to have some ability to reach others and set things up logistically, you need a cellphone. Buddha would’ve really appreciated that with his busy schedule. Back in his time Buddha was running from kingdom to kingdom, meeting with kings, negotiating peace treaties, and spreading his teachings. He was quite busy to say the least! Having a cell phone would allow him to set up his schedule with relative ease using calendars and reminders.

He was Actually a Marketer

Buddha understood that in order to spread his message to a wide audience he had to communicate effectively and let people know about his message. But he was constrained by the technology of his time, and was only able to use stone tablets and rudimentary paper as forms of ‘advertisements’. These days, social media makes it possible to do all kinds of things. From Facebook to Twitter, to Instagram, Buddha could’ve spread his message much more effectively through his smartphone. I’m not saying that Buddha would be posting selfies to Snapchat…but he certainly would be posting videos and updates about his spiritual mission.

CHECK IT OUT: The Dhammapada Contains The Buddha’s Teachings. 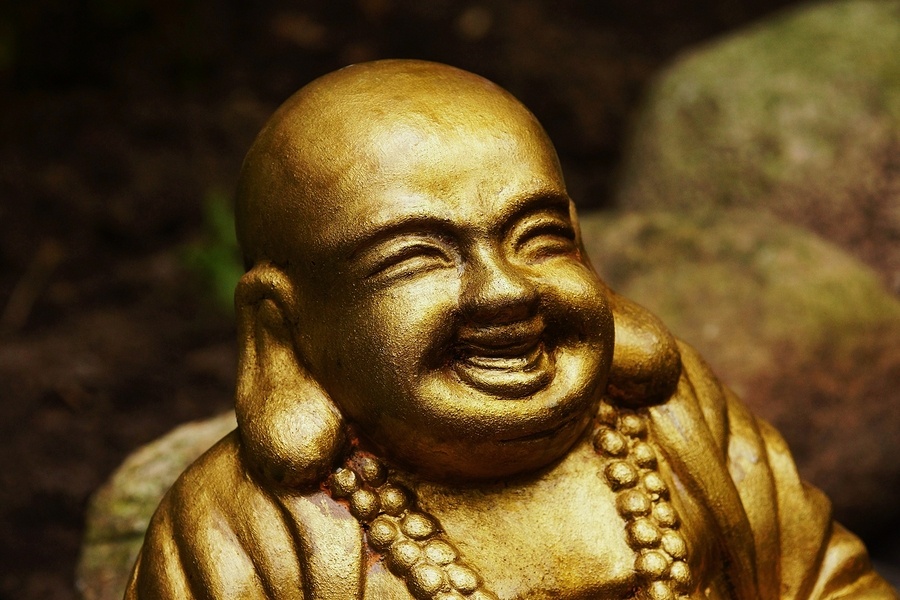 Buddha loved solitude, but he also loved people. After all, one of the primary goals of his teachings was to spread happiness. I’d put money on it that Buddha would use his phone to capture videos of friends and loved ones, create albums, and even occasionally use some of the funny photo booth apps. All of that- including social media- could serve to expand his relationships with others.

Let’s face it: smartphones are pretty cool. They’re fun, interesting devices that can provide us with a lot of interesting things to think about and do. Buddha embraced the curious- his entire life was built around pursuing his curiosity in spiritual endeavors and understanding the mystery of the world around him. This curiosity lent itself to many other situations; meaning he would probably be would be very curious about smartphones and their potential.

After all, the apps alone are incredibly fascinating, and now they even have meditation apps!

Ok, so I think it’s pretty clear Buddha would be into cellphones. They can do so much…and their ability to spread his message is pretty clear. BUT, Buddha wouldn’t necessarily be on his phone all day scrolling through Instagram looking at tofu dishes or Kylie Jenner (yea, I went there). To someone like Buddha, a smartphone is just a device to use…that’s all. It’s a means to an end. It’s a tool- meaning it doesn’t define who or what he is and stands for. So an iPhone isn’t somehow ‘unspiritual’ because it doesn’t have mala beads…but it becomes a huge distraction when it’s abused.

What do you think about smartphones and spirituality? Are they compatible?