The Basics Of Zen Buddhism

Zen Buddhism is one of several sub-schools of Mahayana Buddhism, which is itself the larger of the two major interpretations of Buddhist philosophy. Historically, Zen developed as a blend of Chinese Buddhism and Taoism. Zen exerts an unusually large influence on the world’s perception of Buddhism; its distinct practices are often the ones Western audiences first think of when the word Buddha or Buddhist is mentioned.

Beyond agreement with the basic tenets of Mahayana Buddhism, Zen is distinguished by three major points of emphasis: meditation (zazen), the master-student dynamic, and the use of koans. Zen is also unique among Buddhist schools for its exceptional disdain for “typical” religious questions and an especially heavy emphasis on living in “the now.”

SEE ALSO: A Lesson In Gratitude

If you were to ask a typical Western layman to describe Buddhism, the answer would most likely resemble some version of Zen Buddhism. The stereotypical image of a Zen Buddhist is of a person seated in the lotus position, eyes closed, while meditating and occasionally asking some impossible question. Intense, seated meditation and doubt-inspiring questions (koans) are both hallmarks of Zen. As a result, Zen—or, rather, the Western perception of it—drives many people’s assumptions about Buddhist belief and practice.

The most important emphasis of Zen is the practice of deep, intensive meditation, or zazen. Body position is considered critical in this activity. The full lotus position is ideal: seated with both feet resting on the opposite thigh. Those limited in flexibility can practice zazen in the half-lotus position, kneeling, or simply sitting. While the stereotype suggests closed eyes, the eyes are meant to be open. The hands are held in the lap, fingers overlapping and thumbs touching. Once the practitioner has attained the proper posture, he or she performs Zen meditation by carefully controlling exhalation, focusing the eyes on a point about three feet away, and clearing the mind of all extraneous thoughts.

More specifically, random thoughts are noticed, acknowledged, and “let go,” and then the mind is re-focused on nothing in particular. Over time, this practice develops an ability to focus the mind on certain concepts or questions, such as koans. 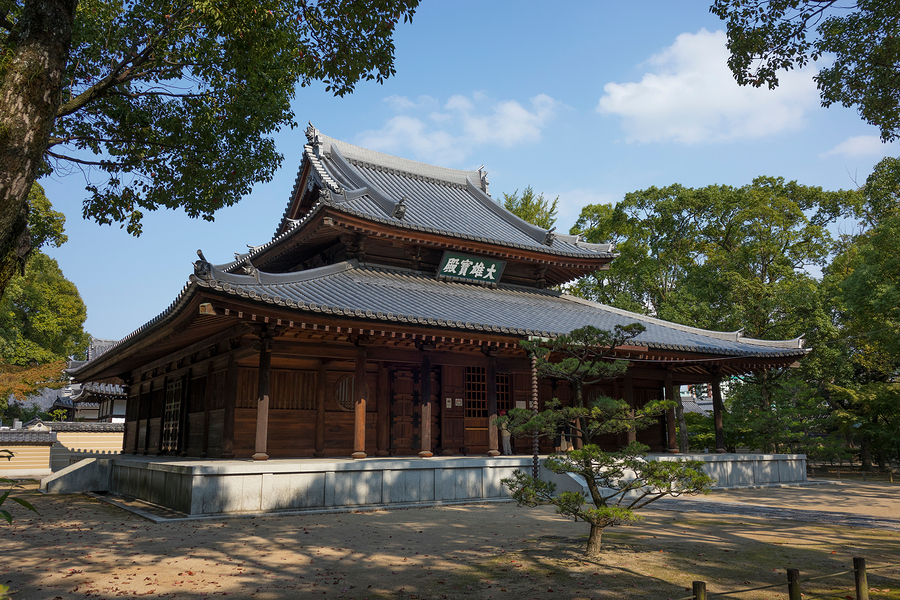 A koan is a question—really, a riddle—specifically meant to generate self-doubt in the hearer. From a purely logical standpoint, koans are often self-contradictory, paradoxical, or simply meaningless. Alternatively, they present some controversial or obscure issue or claim. One particular koan has become a cliché in Western culture: “What is the sound of one hand clapping?”

Koans are meant to be impossible to resolve through reason. Rather, using meditation and the help of a Zen master, the Zen practitioner is meant to arrive at some deeper understanding through the koan, rather than from it. Most koans have a generally accepted “correct” response, including a long series of follow-up questions to ensure that the student is truly grasping the point. In other words, koans are meant to generate a realization, not an answer.

Learning to properly meditate and realize the truth behind the koans is usually done under the guidance of a more experienced Zen practitioner. This master-student dynamic is key to the spiritual aspects of Zen, though some modern and westernized schools place less emphasis on the need for a mentor.

Living in the moment

Zen Buddhism places great emphasis on the now—the current, moment-by-moment experience of living. The past and the future, generally speaking, are concerns that should not interfere with one’s awareness of the present, according to this approach.

Buddhism at large is reluctant to address questions that other religions would consider crucial. Ideas such as the nature of God, what exactly happens after death, and so forth are fundamental to most faiths; in Buddhism, they are usually considered irrelevant mysteries. Zen Buddhism categorizes all such inquiries as literally impossible to answer and deeply distracting to one’s focus on the now. The combination of living in the moment, personal experience, inwardly directed meditation, and an overt rejection of certain metaphysical questions gives Zen Buddhism an interesting application of the concept of upaya. Strictly speaking, upaya is a spiritual form of pragmatism, best characterized as “whatever works.”

Zen Buddhism more or less pushes all moral, ethical, and metaphysical questions aside in favor of internal assessment. In seeking spiritual enlightenment, Zen Buddhism looks inward, even to the exclusion of reason and experience, through the practice of meditation